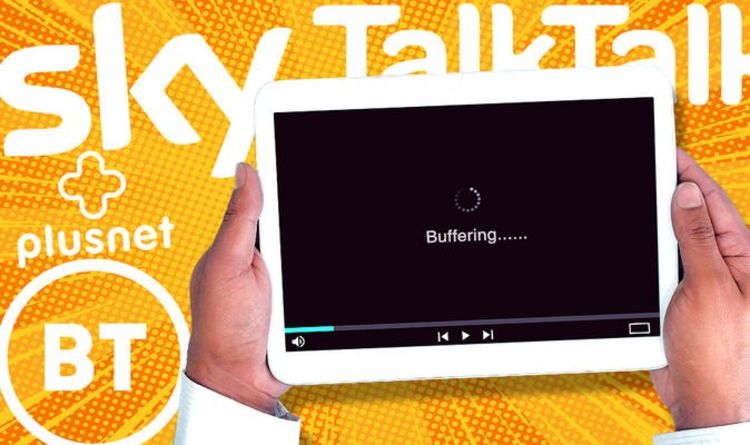 Openreach, which provides the broadband infrastructure that firms like BT, EE, Sky, Plusnet, TalkTalk and Vodafone, will resume installations of new ultrafast connections on Monday March 15, 2021. Due to the ongoing restrictions across the UK, Openreach suspended all new installations until March 1, 2021. However, with the latest update, Openreach has pushed the deadline back.

The original decision was made in January, when Prime Minister Boris Johnson announced plans for a national lockdown once again, following surging cases and the spread of a new variant, which was more easily transmissible. Openreach said the move was designed to protect both their engineers and customers by limiting any work that needs to take place inside the home.

Similar action was taken last year in response to the spiralling hospitalisations and lockdown measures.

The UK Government has announced a roadmap to bring the lockdown to an end, which kicked into its first phase on Monday March 8, when schoolchildren returned to the classroom. As restrictions begin to lift, Openreach is looking again at whether it can change its own rules around engineer visits.

As millions have stayed home to stop the spread of the respiratory virus, we have all increasingly relied on our broadband connection to work, study, socialise and shop. Coupled with the rise in popularity of streaming platforms like Netflix and Disney+, which coincidentally launched in the UK as lockdown measures were first introduced nationwide early last year, and families have never depended on their home internet more.

Given that the UK has one of the worst average broadband speeds in Europe (not to mention, the world), many found depending on their BT, Sky, TalkTalk, EE or Plusnet connection to continue working, studying, chatting with family and friends, hosting Pub Quizzes over Zoom and bingeing every episode of Tiger King, The Mandalorian, and Bridgerton extremely trying.

Openreach suspended some upgrades as lockdown measurements were brought back by Boris Johnson (Image: GETTY)

With any luck, as cases continue to fall and restrictions are eased, broadband upgrades can begin to take place for those who need it the most.

“In all cases our engineers will continue to carry out a personal risk assessment and maintain the current safety guidelines,” Openreach told Internet Service Providers (ISPs) in a statement.

Unfortunately, those who are dependent on Openreach’s infrastructure and want to switch to another provider that uses its own full-fibre cables – like Virgin Media, Hyperoptic, or others – will still need to wait two years before the process is as simple as moving between Sky, BT and TalkTalk, for example. That’s because industry regulator Ofcom has delayed plans to force companies to handle the nitty-gritty of switching between broadband firms until December 2022, instead of the original December 2020 deadline.

As it stands, switching between providers that rely on the same infrastructure from Openreach is pretty simple. You only need to contact the new Internet Service Provider (ISP) you’ve chosen and pick a contract, then everything else is handled behind-the-scenes. After that, your new provider will probably send out a new router in the post – as well as some new home phones, maybe. And then you’re good to go. You’ll be told when the switch is likely to take place and you can unplug the old kit, and plug in the new one.

Hyperoptic explain how they ‘do broadband differently’

However, if you’re hoping to move away from a company supplied by Openreach to another provider, like Virgin Media, you’ll need to handle the process yourself. There’s no automatic switching, in fact, you’ll need to manage the move yourself. Getting the timings right to ensure that you’re not offline for an inconvenient amount of time – with increased working from home – is your responsibility.

Ofcom had asked the industry to create a process to end this discrepancy – so that switching from BT to Virgin Media, or HyperOptic to Sky, or TalkTalk to EE, are all identical.

Unfortunately, that didn’t happen. After failing to do so, Ofcom officials are now working to create their own solution. The regulator says it will consult the public and the companies involved before it rolls out ahead of the December 2022 deadline.

Following the £1.2 billion pledge from the UK Government to bring “gigabit-capable” fibre broadband networks to millions of households across the UK by the end of 2025, a vast number of smaller firms have sprung-up to challenge familiar faces like BT, Sky and Virgin Media. As these colossuses pivot to bring full-fibre to more customers, the new kids on the block are working fast to be first out of the gate in a number of locations, or – failing that – offer perks not available from more established brands. But switching to these new competitors can be a real headache.

Microsoft plans to ban players from all private Minecraft…

England collapses to 91-6 against New Zealand in 3rd test