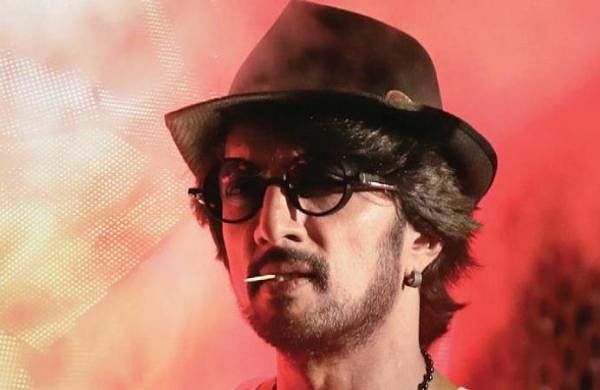 Director Shiva Karthik couldn’t have asked for a better debut. He has directed Sudeep in his very first film  Kotigobba 3. The makers were holding on to the film for the past three years, and are finally releasing it on Oct 14

“The whole world went through a difficult time in the past two years due to Covid-19, and no one could erase all the hardships we faced. All we had to do is wait patiently for the right time to release the film,” says Shiva Karthik, adding, “It is a great feeling to know that our film will be finally out this week.”

“To be honest, as a newcomer, I didn’t have any previous experience to bring to the table. I am grateful to Kichcha Sudeep sir and producer Surappa Babu. The producer was the one who introduced me to Sudeep sir, trusted I have it in me to direct the film. That made everything possible for a newcomer like me,” Shiva says.

The first-timer says that Sudeep is a director’s delight. “The knowledge that Sudeep has about cinema is contagious. The abundant knowledge he has gained in his 26 years of cinema journey has helped him to think differently, and he keeps exploring. Whenever people ask me about Sudeep, I say he is a combination of Kamal Haasan and Rajinikanth – class and mass.”

Directing this one film got him an experience of working in 10 films, says the debutant, who promises that Kotigobba 3 is a mass fun-filled entertainer. “The sequel is a continuation of Kotigobba 2, directed by KS Ravi Kumar, which had an open ending. Sudeep’s story idea had all the potential for a sequel,” says Shiva Karthik, who has written the film’s screenplay.

“Kotigobba 2 had Sudeep playing the role of Satya and Shiva. I am introducing a third character called Ghost in Kotigobba 3, who is like a modern-day Robinhood. This film again has an open ending that has a potential for Kotigobba 4,” he adds.

The film stars actors from multiple languages including Madonna Sebastian, Shraddha Das, Aftab Shivdasani, and Ravi Shankar among others. Kotigobba 3 has music by Arjun Janya, and Shekar Chandru has handled the cinematography.

Denial of responsibility! TechiLive.in is an automatic aggregator around the global media. All the content are available free on Internet. We have just arranged it in one platform for educational purpose only. In each content, the hyperlink to the primary source is specified. All trademarks belong to their rightful owners, all materials to their authors. If you are the owner of the content and do not want us to publish your materials on our website, please contact us by email – [email protected]. The content will be deleted within 24 hours.
adirectorsdelightShivaDirector Shiva Karthikentertainment newsEntertainment updateKarthikKotigobba 3news updateSudeep
0
Share

Lesson of the Day: ‘How an 11-Foot-Tall 3-D Printer Is Helping to Create a Community’

What the Future May Hold for the Coronavirus and Us