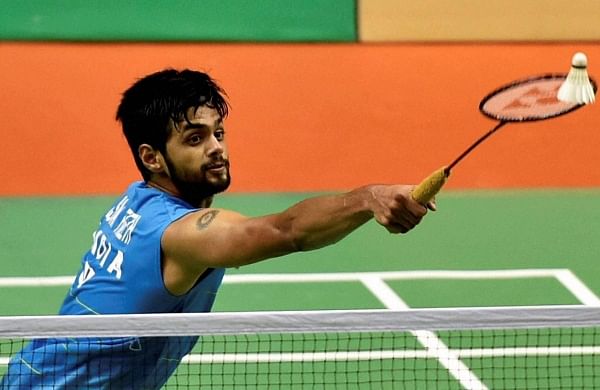 Sudirman Cup: India lose 0-5 against China, out of quarterfinal race

VANTAA: Competing without its star players, the Indian badminton team’s chances to qualify for the knockout stage of the Sudirman Cup ended after suffering a heavy 0-5 defeat against formidable China here on Monday.

It was India’s second consecutive defeat after losing the Group A opener to Thailand and now the final match against Finland on Wednesday has been rendered inconsequential.

Up against 11-time champions China, the chances were always slim for the new-look Indian team but the fact that the players couldn’t even win a single game reflects poorly on the bench strength in Indian badminton.

Starting the proceedings, men’s doubles pair of MR Arjun and Dhruv Kapil put up a fight against Liu Cheng and Zhou Hao Dong before going down 20-22 17-21.

Young Aditi Bhatt then tested her skills against Olympic champion Chen Yu Fei, who expectedly notched up an easy 21-9 21-8 win to put China ahead 2-0.

World No. 15 B Sai Praneeth then took the court against former All England Champion Shi Yuqi in men’s singles but it turned out to be a one-sided affair as he went down 10-21 10-21 as China sealed the contest by taking an unassailable 3-0 lead.

In men’s singles, Praneeth suffered his fifth defeat to Shi Yuqi, who was clearly the better player on the court as he troubled the Indian with his fierce pace and displayed solid defence.

Shi Yuqi, currently ranked 10th, played a high pace game and repeatedly brought down the shuttle at lightning speed to bamboozle the Indian, who was left to do the catch-up act.

Shi Yuqi, who was playing after recovering from an injury, looked in great touch as he defended well and played some superb shots.

Praneeth lagged 4-11 in the first break and then reached 15-4 before sealing the opening game in 16 minutes. Praneeth tried to step up his pace but he was too erratic.

The Chinese continued to control the net and produced winners to again lead 11-4 at the interval. The duo played some fast-paced rallies but Praneeth just couldn’t find a way to penetrate the defence of Shi Yuqi.

Denial of responsibility! TechiLive.in is an automatic aggregator around the global media. All the content are available free on Internet. We have just arranged it in one platform for educational purpose only. In each content, the hyperlink to the primary source is specified. All trademarks belong to their rightful owners, all materials to their authors. If you are the owner of the content and do not want us to publish your materials on our website, please contact us by email – [email protected]. The content will be deleted within 24 hours.
aditi bhattChinaCupIndialosenews updatequarterfinalrace
Share

Samsung announces offers on Lifestyle TV, The Frame: All you need to know- Technology News, Firstpost