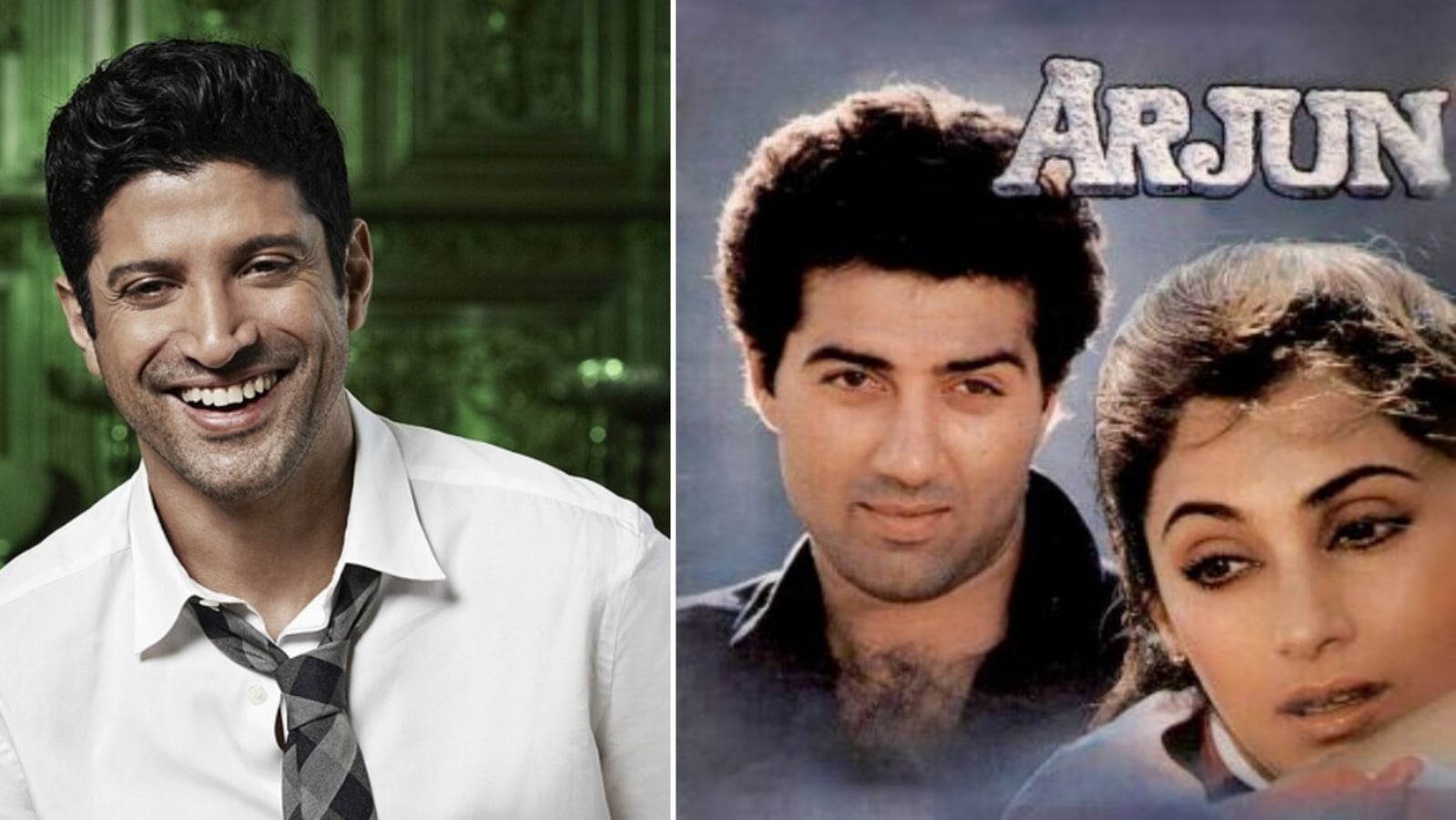 Sunny Deol asks his fans where he can watch his 1985 film Arjun, Farhan Akhtar calls it his ‘all-time favourite’

Rahul retweeted a fan’s tweet about the film Arjun and wrote, “One of my favourite @iamsunnydeol action film – first time saw @SirPareshRawal on screen and he blew my mind! @AnupamPKher #DimpleKapadia were so good. The highlight was the fight scene in the rain and the bonding of poor, unemployed youth- a reflection of the times.”

Paresh Rawal retweeted Rahul’s post and wrote, “Good morning Mr Dholakia you made my day. Arjun is one of my favourite film and the mood of that time was reflected in the famous song Duniya Na Maane Toh Goli Maaro @rahuldholakia.” Actor Farhan Akhtar also retweeted Rahul’s tweet and wrote, “Up there in all time favourites. Apart from writing and performances, a special mention to RD Burman’s background score and Baba Azmi’s cinematography. Also, the loosened tie became such a thing after @rahuldholakia #Arjun @iamsunnydeol @SirPareshRawal.”

Later, Sunny Deol also shared his film Arjun’s clip on his Instagram handle, along with the film’s famous song Duniya Na Maane Toh Goli Maaro. He captioned the post, “A film so deeply close to my heart and a film I cannot seem to find on the Internet. If any of you know where to watch #Arjun online, lemme know In the comments below #37YearsOfArjun #Throwback #reelsindia #reelkarofeelkaro.”

One fan commented on Sunny’s post, “This was my favourite film.” Another one answered Sunny’s question and wrote, “Red chilli entertainment got all rights for the movie Arjun . You can pay and watch it online sir.” You can watch the film on Red Chillies Entertainment’s channel on YouTube for ₹25.

Arjun, a Rahul Rawail directorial, was released in 1985. Actors Sunny Deol and Dimple Kapadia were the lead in the film, which was later remade in Kannada as Sangrama, in Tamil as Sathyaa and in Sinhala as Suranimala. According to the official synopsis of the film, “Arjun has faced difficulties in life, be it his education, career, or even family life. When widespread corruption, crime, and injustice take a toll on him, he decides to revolt, but more betrayals await him. ”

Sunny made his acting debut with Betaab (1983) opposite Amrita Singh. His performance in films like Arjun (1985), Ghayal (1990) and Ghatak (1996) gave him the action hero title. The actor received National award twice for Ghayal and Damini and gave memorable performances in films like Darr, Border, Gadar and others.

He is currently awaiting the release of his film Gadar 2. In the film, Ameesha Patel and Sunny will once again reprise their roles as Sakeena and Tara Singh from Gadar in the sequel. Utkarsh Sharma, who played Sunny and Ameesha’s onscreen son in the first movie, will also return for the sequel.

Denial of responsibility! TechiLive.in is an automatic aggregator around the global media. All the content are available free on Internet. We have just arranged it in one platform for educational purpose only. In each content, the hyperlink to the primary source is specified. All trademarks belong to their rightful owners, all materials to their authors. If you are the owner of the content and do not want us to publish your materials on our website, please contact us by email – [email protected]. The content will be deleted within 24 hours.
AkhtarAllTimeArjunAskscallsDeolentertainment newsEntertainment update
Share

One in 3 People Who Drowned in Canada Had a Chronic Health Condition: Study

IPL 2022 | Must-win game for Sunrisers as they face Mumbai…

FDCI x Lakme Fashion Week returns to Mumbai, to be held in…

Ibuprofen Usage May Increase the Chance of Chronic Pain