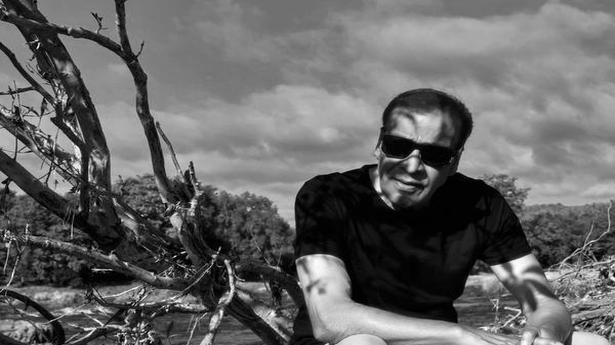 The actor-director, who is picky about his roles, shares why he is thrilled to be a part of ‘Guru Shishyaru’

Suresh Heblikar’s films were always considered offbeat. Whether he was acting or directing, expecting something new became the norm. The actor has the Kannada thriller, Trikona, set for release this year, where he shares the screen with ‘Julie’ Lakshmi. “The release was delayed because of COVID-19,” says Suresh, who has left his mark on our minds with films such as Kankana, Aparichita, Vathsalya Patha, Aganthuka, Kadina Benki …

“I have been a part of a little over 30 films in my entire career because these are the kinds of films I wanted to be a part of. I liked the stories, themes and the characters offered to me. I came to the industry to direct films. I was not interested in acting…it happened by accident. I was making a short film and bumped into MBS Prasad, who wanted me to be a part of Kankana. Though the film won a National Award, it did not do well commercially.”

Suresh says his thought process changed when he met his French professor and learnt about French films, revolution and literature. “Those talks sent me on a different path, where I wanted to make films that would talk to people or project ideas.”

Suresh has just completed the shooting for Guru Shishyaru. In the film, directed by Jadeshaa K Hampi, Suresh plays a teacher, who follows Gandhian principles. “I portray a character who runs a school in the village and believes in developments without letting go of our roots. Rural life, though rich in heritage, simplicity and naivety, is untouched by globalisation and that is what Guru Shishyaru captures.” Suresh shares the screen with actor Sharan, who plays a sports teacher.

“I took it up only because I was convinced about the story and the character. We have a rich country with diverse cultures and heritage. India as a country offers you a tremendous script. You can make thousands of films, with stories from every corner of this beautiful country.”

Suresh was also bowled over by the locations where the film was shot. “We shot in picturesque Gudibande. We were surrounded by lakes, mountains, hills and rich natural resources. The director made it a point to shoot the film as authentically as possible without abusing the beautiful locales. Jadeshaa has covered the tiniest details when of rural life.”

There are honest films, good films and commercial films, says Suresh. “Each film brings out the personality and the perception of a director. Every film is based on the passion, imagination, and intensity with which the director wants to tell a story. I see Guru Shishyaru as an honest film, that captures the essence and simplicity of village life.”

Filmmaking is an art, not an industry, says Suresh. “The latter term comes into play only when the money is involved. Films can be made in a simple manner too. Look at Pather Panchali. In its time, it was one of the lowest budget films and yet, today it is considered the world’s best film. As long as there are people living and believing in our traditions, our stories will thrive. On our part, we should do our best to ensure youngsters do not migrate to the cities but return to their roots to keep our traditions alive.”

Denial of responsibility! TechiLive.in is an automatic aggregator around the global media. All the content are available free on Internet. We have just arranged it in one platform for educational purpose only. In each content, the hyperlink to the primary source is specified. All trademarks belong to their rightful owners, all materials to their authors. If you are the owner of the content and do not want us to publish your materials on our website, please contact us by email – [email protected]. The content will be deleted within 24 hours.
entertainment newsEntertainment updateGuruGuru shishyaruHeblikarnews updaterootsSharan
Share

Wait, What? Weird ‘Paan Brownie’ From Ahmedabad Has Confused The Internet