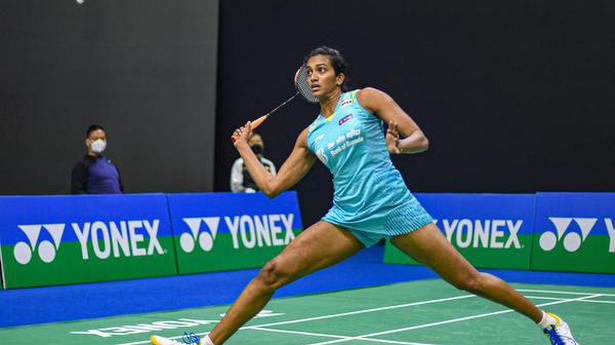 On a day when out of 15 matches featuring Indians taking on overseas rivals, only three produced home winners, Prannoy and Sindhu won in contrasting manner.

Priyanshu, ranked 127, raised visions of making the men’s quarterfinals when he led 16-13 in the decider. In fact, he led until 18-17 before Prannoy, ranked 24th, reeled off four straight points to end the 64-minute contest.

Meanwhile, all women quarterfinalists from the bottom half of the draw are Indians while Sindhu is the only home interest left in the top half.

Sindhu defeated Malaysia’s Lauren Lam 21-16, 21-13 in 33 minutes to set up a clash with sixth-seeded Thai Supanida Katethong, a 21-11, 21-7 winner over Kriti Bharadwaj. Having lost to Supanida last week in the India Open, Sindhu will be looking to settle a score.

Denial of responsibility! TechiLive.in is an automatic aggregator around the global media. All the content are available free on Internet. We have just arranged it in one platform for educational purpose only. In each content, the hyperlink to the primary source is specified. All trademarks belong to their rightful owners, all materials to their authors. If you are the owner of the content and do not want us to publish your materials on our website, please contact us by email – [email protected]. The content will be deleted within 24 hours.
Badmintonbadminton tournamentCloseH.S. PrannoyModinews updateP.V. SindhuPrannoy
Share

Legends League | Difficult to play in these bubbles: Kevin Pietersen

China’s ‘military threat’ to Taiwan ‘is…

WhatsApp users can now order an Uber with just one click:…