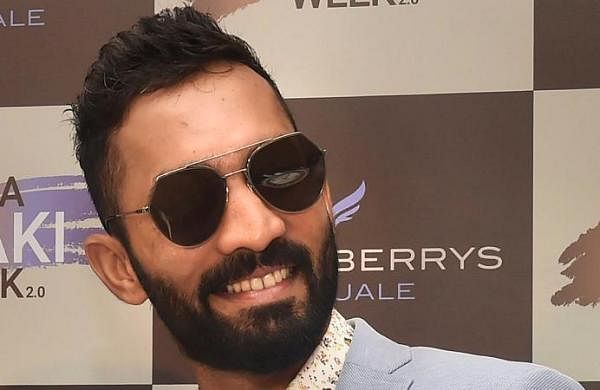 DUBAI: Indian wicketkeeper-batsman Dinesh Karthik has named India and West Indies as his finalists for the men’s T20 World Cup in UAE and Oman in October and November. He also said that after India, West Indies is his second favourite team for the exciting cricket they play.

“I’m not going to go all the way to who is going to win but I’ll tell you this, I’d love to see an India vs West Indies Final. My second favourite team after India would definitely be West Indies, only for the flair of cricket that they play. I think in this format, they love it, it brings out the best in them and I would love to see West Indies in the Final. Whether I want them to win it, that will depend on their opponents that day but for the moment I would stick with an India West Indies final and these are my two favourite teams for the moment in this T20 World Cup,” said Karthik in an ICC Digital Show.

The 36-year-old Karthik, who was a member of India winning the inaugural T20 World Cup in 2007, said it will be a close call Rohit Sharma and David Warner for the top run-scorer in the tournament.

“Both of them open the innings. Both of them are solid players. I would put money on either one of them. Both are very hungry. Rohit Sharma and World Cups, they’re synonymous. They just love each other. They find ways to help each other out. If India are to do well he is somebody who needs to fire for them up top. David Warner hasn’t played cricket for Australia for some time now. A hungry David Warner is a scary David Warner. He will come all guns blazing. I’m expecting some big things from him.”

When asked about the teams in Group 2 who can enter semi-finals apart from India, Karthik said, “It’s going to be a close call for me between Pakistan or New Zealand. I would love to see Pakistan there but I do think New Zealand find ways to always punch above their weight. I think they’re a pretty well-rounded team and they have a great leader in Kane Williamson. A lot of the time a leader makes a difference in a World Cup.”

Karthik termed Netherlands to qualify alongside Sri Lanka from Group A though he felt Ireland might find a way too. “We have got to remember they (Netherlands) have a couple of players who consistently play in England. We have Ryan ten Doeschate, we have Roelof van der Merwe — these guys are going to pose a threat to any opponent. And more so in the league phase. You play just three games, you go wrong in one and then you are against it throughout it.”

From Group B, Karthik identified Bangladesh to have the best chance apart from co-hosts Oman. “Bangladesh definitely has the best chance. They play spin well, they’re a solid team. I’m pretty surprised they even have to play this to qualify — that’s how good they are. But if they have brought themselves here they’ve done something wrong over a period of time somewhere down the line. Bangladesh need to be very careful.”

He added, “The qualifier is happening in Oman, the home team — so they will have an advantage as well. Let’s not forget they beat Ireland as well at the last (T20) World Cup so they’re not a bad T20 team. They have a few good players. If you want me to put money, I would put it on Bangladesh and I would love to see Oman do well.”

Karthik concluded by saying that mystery spinner Varun Chakravarthy could emerge to be the best bowler of the tournament. “My choice is a guy called Varun Chakravarthy. I feel he’s got something really special in him. If India goes all the way, I can promise you this boy that I’m speaking about will have played a major role in them moving forward in this tournament. Remember the name ‘Varun Chakravarthy’.”

The men’s T20 World Cup will start on October 17 and finish on November 14 in Oman and UAE. The Super 12 stage of the mega event commences from October 23.

Denial of responsibility! TechiLive.in is an automatic aggregator around the global media. All the content are available free on Internet. We have just arranged it in one platform for educational purpose only. In each content, the hyperlink to the primary source is specified. All trademarks belong to their rightful owners, all materials to their authors. If you are the owner of the content and do not want us to publish your materials on our website, please contact us by email – [email protected]. The content will be deleted within 24 hours.
Loading...
CupDineshDinesh KarthikfinalistsICC T20 World CupICC T20 World Cup 2021IndiaIndies
Share

Good, but Not Great: Taking Stock of a Big Ten University’s Covid Plan

Column: Manny Pacquiao was hit by reality after bruising loss, and he handled it with dignity