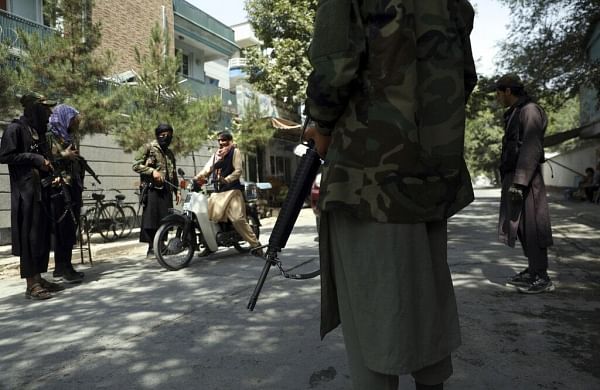 NEW DELHI: Taliban hostage drama “And Tomorrow We Will Be Dead”, directed by Swiss filmmaker Michael Steiner, will be the opening film at the 17th edition of the upcoming Zurich Film Festival (ZFF).

The announcement comes almost over a week after the Taliban, the extremist Islamist organisation, seized power in Afghanistan this month, taking over almost all key towns and cities following the withdrawal of the US forces from the country after two decades.

“And Tomorrow We Will Be Dead” follows the real life-story of Daniela Widmer, played by Morgane Ferru, and David Och (Sven Schelker), the Swiss couple kidnapped and handed over to the Taliban in 2011.

Widmer and Och had travelled from India to Pakistan and were to head to Iran and Turkey.

They were abducted by gunmen on July 1 from Loralai district of Balochistan.

“Michael Steiner understands auteur cinema with great audience appeal like no other Swiss director. His new movie, his strongest to date, demonstrates international stature. The film reminds me of Kathryn Bigelow’s thriller ‘ZERO DARK THIRTY’ about the hunt for Osama bin Laden,” Christian Jungen, artistic director of the festival, said in a statement posted on the movie gala’s website.

Steiner, whose horror story “Sennentuntschii” opened the film festival in 2010, said he is excited about the world premiere of “And Tomorrow We Will Be Dead”.

“I’m a storyteller and here I wanted to give a personal insight into the fate of the two hostages Daniela Widmer and David Och, so that the audience understands the context,” he said.

Widmer and Och will be attending the premiere at the ZFF.

The film is based on a personal report of their experience by the same name, published in 2013 by DuMont Buchverlag.

The film has been shot in various locations across India, Spain and Switzerland.

The Zurich Film Festival is scheduled to take place from September 23 to October 3.

Denial of responsibility! TechiLive.in is an automatic aggregator around the global media. All the content are available free on Internet. We have just arranged it in one platform for educational purpose only. In each content, the hyperlink to the primary source is specified. All trademarks belong to their rightful owners, all materials to their authors. If you are the owner of the content and do not want us to publish your materials on our website, please contact us by email – [email protected]. The content will be deleted within 24 hours.
Loading...
17th Zurich Film FestivalAnd Tomorrow We Will Be DeadDaniela WidmerDavid OchDeaddramaentertainment newsEntertainment update
Share

Virtual blind dates to video meets, how Covid-19 has changed the way S’poreans fall in love