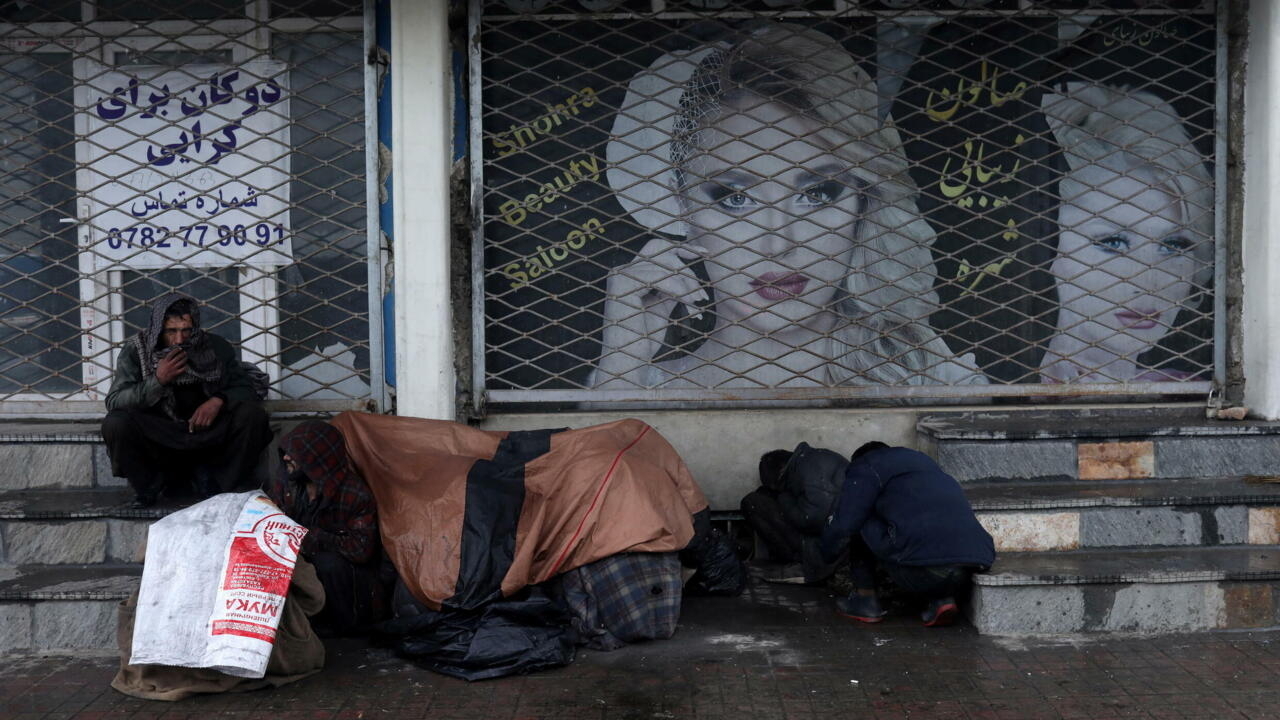 A video clip showing men sawing the heads off shop dummies in Herat has gone viral on social media, drawing scorn both inside and outside the country.

Since returning to power in August, the Taliban have increasingly imposed a harsh interpretation of Islamic law and severely curtailed freedoms — particularly those of women and girls.

While the hardline Islamists have not issued any formal national policy on mannequins — or other creeping restrictions — various local authorities are clamping down on what they say are immoral practices.

Aziz Rahman, head of the Ministry for the Promotion of Virtue and Prevention of Vice in Herat, confirmed the order to AFP on Wednesday.

This is Herat where the Taliban authorities have asked clothing shops to behead all “female mannequins” calling them “un-Islamic”. Herat was called “the pearl of Khurasan” by Rumi and has been considered the cultural capital of #Afghanistan. pic.twitter.com/CUBA6fSE74


Some shopkeepers had tried to get around the decapitation order by covering mannequin heads with scarves or bags, but Rahman said that did not go far enough.

“If they just cover the head or hide the entire mannequin, the angel of Allah will not enter their shop or house and bless them,” he said.

Several shopkeepers in the city of around 600,000 were angered by the order.

“When there is no mannequin how do you expect us to sell our products? The customer likes it when the garment is draped properly over a mannequin.”

After returning to power on August 15 the Taliban promised a softer version of the harsh rule that characterised their first stint in power, from 1996 until 2001, when any artificial representation of the human form was outlawed.

But restrictions have been creeping back including local reports of orders for people to attend prayers five times a day, for men to grow beards, and for Western clothing to be discouraged.

Women, in particular, are feeling the brunt of the new orders, and are slowly being squeezed out of public life.

Most secondary schools for girls are shut, women are barred from government employment apart from select specialised areas, and last week new guidelines stated they cannot undertake long journeys unless accompanied by a male relative.

The Taliban have also stepped up raids on liquor sellers, rounded up drug addicts and banned music.

Their takeover has devastated aid-dependent Afghanistan’s economy, with billions of dollars of assets frozen by the United States and international aid largely paused.

However, the UN Security Council last week adopted a US resolution to help humanitarian aid reach desperate Afghans while keeping funds out of the hands of the Taliban government, which has yet to be recognised by any country.

Denial of responsibility! TechiLive.in is an automatic aggregator around the global media. All the content are available free on Internet. We have just arranged it in one platform for educational purpose only. In each content, the hyperlink to the primary source is specified. All trademarks belong to their rightful owners, all materials to their authors. If you are the owner of the content and do not want us to publish your materials on our website, please contact us by email – [email protected]. The content will be deleted within 24 hours.
AfghanafghanistanAsia / PacificdecapitateHealth newsHealth updateKabulmannequins
Share

BCG vaccine prevents tuberculosis in young children, but not…

Arjun Kapoor reveals on Koffee With Karan why he isn’t…