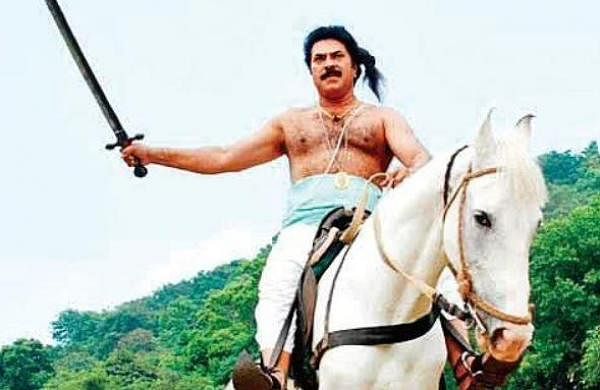 THIRUVANANTHAPURAM: It’s almost impossible for Keralites to forget the scene, where Mammootty hops on horseback like a warrior and gallops off along the river bank immersed in moonlight in  Oru Vadakkan Veeragatha. When the Malayalam tinsel world celebrates the ‘Sapthathi’ of mega star Mammootty, there is a family on the outskirts of Chennai, which  for two generations has been imparting equestrian training to Mammooty whenever he acts in movies with horse riding scenes.

The family of Tamilarassan, 57, has been assisting the mega star of Malayalam right from the 1982 release Padayottam to the latest flick Mamangam. Tamilarassan was introduced to Mammootty by his father Govinda Raj who was also a horse trainer. He used to assist his father on the film sets. In the famous scene in the movie Sharapanjaram, it is Govinda Raj’s horse on which Jayan applies oil to show off his rippling muscles.

From Vadakkan Veeragatha, Tamilarassan has been assisting Mammootty in horse riding scenes. “The audience will feel there is no big deal in riding a horse when the protagonist hops on the back of a horse and rides off effortlessly. But it requires several days of training, planning and preparation for an actor to hop on horseback and gallop off effortlessly. Mammootty’s strong point is that he will closely watch the training session and very quickly learn the tips and tricks to take control of a horse,” he said.

“Some horses won’t allow untrained actors to ride them. Mammootty was quite happy with the white horse Laddoo in the movie Pazhassi Raja and insisted that we  bring the same horse for the movie Mamangam. But we couldn’t bring the horse as it had died by then and we had brought the horse Alex, which was featured in the popular flick ‘Baahubali’. He took the reins of the horse effortlessly as he had enough experience,” he said.

Tamilarassan has been working with Malayalam, Tamil, Kannada, Telugu and Hindi film industries right from the beginning of his career. There is an adage which says. ‘One can master horse riding only after seven falls’. Though this explains how difficult and dangerous horse riding can be, the stable of Tamilarassan is a promise for the celebrities, who are brave enough to go the extra mile to do justice to their characters in  movies.

All the horse riding scenes of Mammootty were assisted by Tamilarassan — from 1982 movie ‘Padayottam’ to the latest ‘Mamangam’
Popular films include ‘Oru Vadakkan Veeragatha’, ‘Jackpot’, and ‘Pazhassi Raja’
Two previous generations of Tamilarassan as well as his two children are involved in horse training

Denial of responsibility! TechiLive.in is an automatic aggregator around the global media. All the content are available free on Internet. We have just arranged it in one platform for educational purpose only. In each content, the hyperlink to the primary source is specified. All trademarks belong to their rightful owners, all materials to their authors. If you are the owner of the content and do not want us to publish your materials on our website, please contact us by email – [email protected]. The content will be deleted within 24 hours.
Loading...
entertainment newsEntertainment updateMammoottysmammootyMoviesnews updateregularstable
Share

Ahead of 9.9 sale, environmental groups call on Lazada and Shopee to lead zero-waste initiatives – BusinessWorld