Even as it strengthens its electric vehicle business (10,000+ EVs sold so far) and readies a key mass-market model in the form of the Punch mini-SUV, Tata Motors hasn’t lost sight of its flagship SUV, the Safari. Launched early in 2021, the reborn Tata Safari has already found over 10,000 buyers, and to keep it fresh, Tata Motors has leveraged its partnership with the Indian Premier League (IPL) and rolled out the Safari Gold Edition, to coincide with the resumption of the cricketing league.

IPL 2021 is resuming the second half of the season in Dubai, which is often referred to as the ‘City of Gold’, and that’s primarily why Tata Motors chose to give the Safari the added bling. It’s also pertinent that gold is considered auspicious, and with Diwali just around the corner, the allure of a ‘gold’ Safari could be too much to resist for many buyers.

It is the Black Gold paint scheme of the Tata Safari Gold that grabs attention in the flesh. Image: Tech2/Amaan Ahmed

There are two colour options with the Safari Gold – White Gold (that pairs Frost White paint with a black roof) and Black Gold. The latter is actually more impressive in the flesh, revealing a deep brown hue under bright lights, along with the glittering gold flakes baked into the paint, lending a truly special touch to this colour scheme. To go with its name, the special-edition Safari wears a gold-finished grille, gold surrounds for the headlight and DRL clusters, gold strips on the door handles and roof rails, and the Tata and Safari monograms finished in gold as well. Most exterior and interior elements sport a gold finish – and it might be a bit too much for some tastes. Image: Tech2/Amaan Ahmed

While the execution is as tasteful as it can get, there’s no getting away from the fact that this much ‘gold’ on an SUV the size of the Safari may look over-the-top to many buyers, and rightly so. I couldn’t help but wonder if Tata could’ve been a touch more subtle with the gold exterior accents; then again, those who like this sort of thing, will be floored by the Safari Gold.

How different is the Safari Gold inside?

There’s a lot more happening with the interior of the Tata Safari Gold. In addition to more gold accents for the door handles, AC vent surrounds and the instrument cluster, the Safari Gold’s dashboard features new trim with a marble-like aesthetic, which looks classier in the Black Gold version. The White version, on the other hand, sports an added golden finish on the dash, along with white marble-style trim, which looks like it’s straight out of a premium tile manufacturer’s catalogue. More importantly, the Safari Gold brings more goodies for the entire Safari range. As standard, the Safari Gold – based on the top-spec Safari XZ+ – adds a wireless smartphone charger, wireless Apple CarPlay and Android Auto connectivity, an air purifier, leather seats with a diamond-quilt pattern, and the party piece, ventilated first and second row seats (the latter only on the six-seat model). Depending on the variant, even the standard Safari now gets almost all of these features, save for seat ventilation. Wireless connectivity and phone charging adds a new dimension of convenience to the Safari experience, and the ventilated seats – which are also quite comfortable – will be a huge draw for buyers, as they’ll doubtless come in handy when dealing with harsh Indian summers. Smartly enough, Tata Motors is – at least for now – restricting this key addition to the Safari Gold, so buyers who really want it, will have no choice but to go for gold. Ventilated second-row seats (only on the six-seat model) will be a huge draw for many buyers. Image: Tech2/Amaan Ahmed

With no other mechanical changes, the Safari Gold is like any other Safari under the hood. You get a 2.0-litre, 170 hp turbo-diesel engine, with a choice of a six-speed manual and a six-speed torque converter automatic.

How much does the Safari Gold cost? 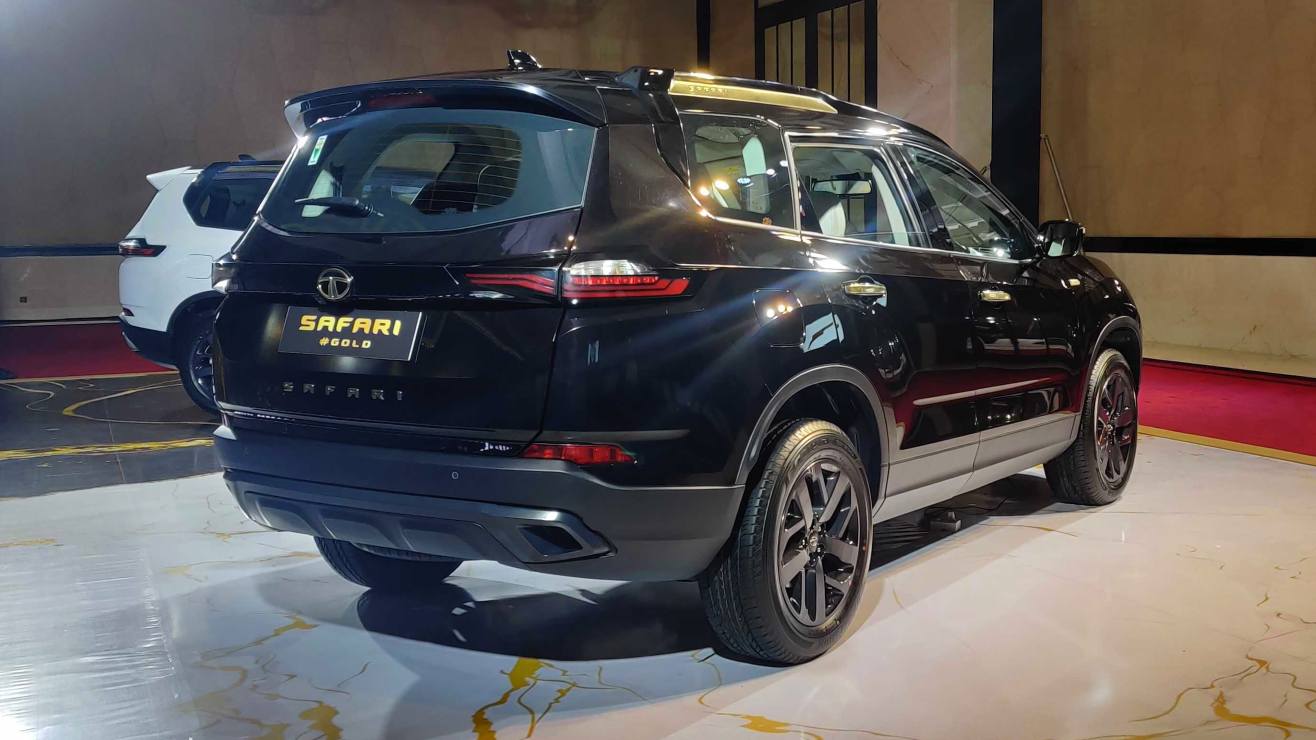 Despite being a special edition, the Safari Gold is not a limited-run offering and will be available even after IPL 2021 ends. Image: Tech2/Amaan Ahmed

Most of the feature additions with the Safari Gold are quite welcome, but most of them are also available on the standard Safari. Unless you absolutely need the ventilated seats (which will likely also be offered on the standard Safari at a later date) or love the in-your-face gold adornments, I’d suggest you pick your Safari variant wisely.

Denial of responsibility! TechiLive.in is an automatic aggregator around the global media. All the content are available free on Internet. We have just arranged it in one platform for educational purpose only. In each content, the hyperlink to the primary source is specified. All trademarks belong to their rightful owners, all materials to their authors. If you are the owner of the content and do not want us to publish your materials on our website, please contact us by email – [email protected]. The content will be deleted within 24 hours.
EditionexpensivefeaturerichFirstpostgadget updategoldNewsSafari
Share