Notice: amp_is_available was called incorrectly. `amp_is_available()` (or `amp_is_request()`, formerly `is_amp_endpoint()`) was called too early and so it will not work properly. WordPress is currently doing the `pre_get_posts` hook. Calling this function before the `wp` action means it will not have access to `WP_Query` and the queried object to determine if it is an AMP response, thus neither the `amp_skip_post()` filter nor the AMP enabled toggle will be considered. It appears the theme with slug `publisher` is responsible; please contact the author. Please see Debugging in WordPress for more information. (This message was added in version 2.0.0.) in /home/runcloud/webapps/techilive/wp-includes/functions.php on line 5313
 ‘Teddy’ movie review: Uninspired writing drowns the bear - TechiLive.in 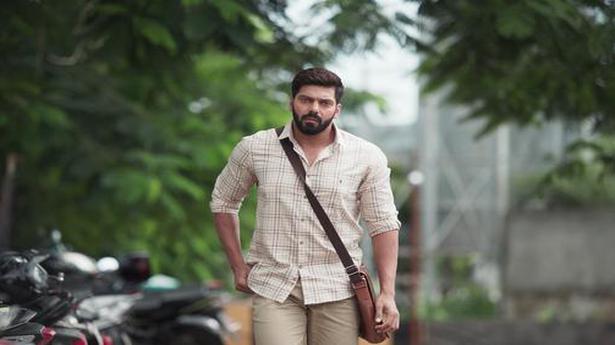 The Arya-starrer which opted for an OTT release lacks entertaining components to warrant a watch, despite its impressive soundtrack

Teddy has an unreal story line. Worse still are the unrealistic plot points which make it tough to look beyond the misfires and for the positives, if any, in the craft.

The film begins and ends with Sayyeshaa; these are the only two portions in the film featuring her. A college student Srividhya (Sayyeshaa) takes pity on a guy who has met with an accident and tries to help him but injures herself in the process. An ambulance arrives and whisks both victims away. At the hospital, doctors — who are part of an organ trafficking network — induce Sayyeshaa into a coma following which she proceeds to have an ‘out-of-body’ experience; her ‘spirit’ possesses a teddy bear.

This walking, talking teddy bear then finds its way to Shiva (Arya), a loner and a guy with photographic memory, although we are quite unsure as to why the latter quality makes him behave like the humanoid robot Chitti from Enthiran. Shiva and his friend (Sathish) agree to help the spirit keeping the stuffed toy alive and find its way back to its human body after learning its story! Their pursuit brings them at loggerheads with the kingpin of the organ trafficking network, Dr Varadarajan (Magizh Thirumeni in a role he doesn’t fit), in Azerbaijan. Whether or not Shiva succeeds forms the rest of the plot.

Besides the musical score by D Imman, there isn’t much that can qualify as ‘entertaining components’ in Teddy. A couple of stunt sequences are well choreographed (especially the one that takes place in an Azerbaijani pub) but the fact that that is all you could tell about a film that employs CGI imaginatively, and has a plot that fits the supernatural-fantasy mould (which always has the potential to keep audiences engaged), explains the misfire that Teddy is.

Shakti Soundar Rajan, unfortunately, makes the mistake of letting his writing be compromised — a weak plot and characters without an arc are proof — as he prioritises the extravagant over the bare necessities. Even the supposed ‘romantic arc’ to Shiva and Srividhya’s relationship feels under cooked, and relies on the viewer knowing Arya and Sayyeshaa to be a real life couple for its impact. Also, where are the funny lines? Making a film with a teddy bear as one of the protagonists and not even writing dialogues that can make audiences smile is a cardinal sin!

The irksome fact, however, is that in Teddy’s universe, everyone just casually accepts that having a walking, talking teddy bear in their midst is something that is normal.

It is as if the characters are meshed in a universe that suspends belief — one where it is okay to believe in teddy bears coming alive — yet their stories unfold, or are held together, by the real world we live in. So the story neither exists in a make-believe universe nor in a real universe; this is how writing gets compromised.

Teddy becomes yet another example of imaginative thinking let down by poor writing — the staple for success for any major motion picture. If the filmmaker could think of an outrageous idea like using a comm system for the teddy bear (the toy literally has a clip-on listening device on its ear to communicate with Shiva), surely the script deserved more of his time and effort.

‘Teddy’ is streaming on Disney+ Hotstar

Loading...
Denial of responsibility! TechiLive.in is an automatic aggregator around the global media. All the content are available free on Internet. We have just arranged it in one platform for educational purpose only. In each content, the hyperlink to the primary source is specified. All trademarks belong to their rightful owners, all materials to their authors. If you are the owner of the content and do not want us to publish your materials on our website, please contact us by email – admin@techilive.in. The content will be deleted within 24 hours.
aryabeardrownsEB Gokulanentertainment newsEntertainment updateKarunakaranMagizh Thirumeni
0
Share

Test or Class 12 scores? DU gets ready for both

Reading Dan Frank, Book Editor and ‘Champion of the Unexampled’