Notice: amp_is_available was called incorrectly. `amp_is_available()` (or `amp_is_request()`, formerly `is_amp_endpoint()`) was called too early and so it will not work properly. WordPress is currently doing the `pre_get_posts` hook. Calling this function before the `wp` action means it will not have access to `WP_Query` and the queried object to determine if it is an AMP response, thus neither the `amp_skip_post()` filter nor the AMP enabled toggle will be considered. It appears the theme with slug `publisher` is responsible; please contact the author. Please see Debugging in WordPress for more information. (This message was added in version 2.0.0.) in /home/runcloud/webapps/techilive/wp-includes/functions.php on line 5313
 Telugu cinema on the horns of a dilemma - TechiLive.in 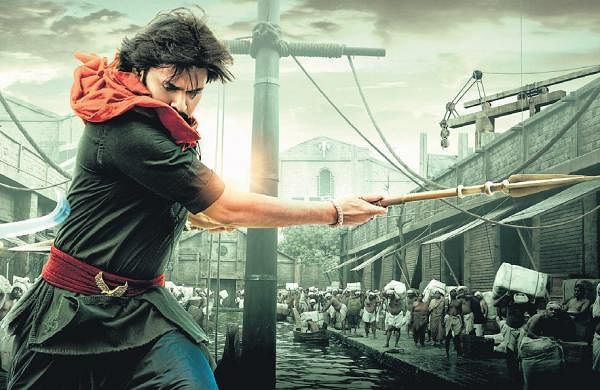 Telugu cinema on the horns of a dilemma

Telugu cinema, which has been showing signs of recovery from Covid-19 induced lockdown is facing uncertainty on whether the shootings can progress as per plan or not. The resurgence of the Covid-19 pandemic, in the form of a second wave, has now posed a threat for the production teams and filmmakers are in a dilemma when it comes to their upcoming films’ making.

This comes after spending months, waiting for the resumption of film shootings and reopening of theatres and multiplexes. Now, at least a dozen films that are in various stages of production, have come to a grinding halt after the pandemic scare grips the city.

The shoot of Venkatesh and Varun Tej-starrer F3 has been suspended after its director, Anil Ravipudi, tested positive for  Covid-19. It has invited a similar reaction from the makers of the Chiranjeevi-starrer Acharya after its antagonist Sonu Sood and two junior artistes got infected with the virus last week. “The driver of Chiranjeevi’s caravan succumbed to Covid-19 a few days ago and this has also forced the makers to call off the ongoing schedule abruptly,” says a source. “Actor-producer Ram Charan, who is overseeing the medical arrangements of Pawan Kalyan, has decided to halt the proceedings until the situation limps back to normalcy.” The shoot of Hari Hara Veeramallu and PSPK 30 (the Telugu remake of the hit Malayalam film, Ayyappanum Koshiyum) has been suspended after actor Pawan Kalyan tested positive for the virus. On Monday, the team of Prabhas-starrer Radhe Shyam has indefinitely cancelled the shooting after the former’s make-up man tested positive too.

“The team had earlier planned to reshoot a few portions of the film with Prabhas and Pooja Hegde and just a few moments before the commencement of the shoot, they deferred their plans after Prabhas’s personal make-up man contracted Covid-19,” reveals a source from the production team.  After multiple delays, the shoot for Rajamouli’s RRR got postponed once again after its leading lady Alia Bhatt was infected by the virus. Even though she tested negative subsequently, the actor has sought some time to join the team. The makers of Nikhil Siddharth-starrer Karthikeya 2 had planned a schedule abroad, but they cancelled the plan due to the second wave. “Several portions of Karthikeya 2 need to be shot in Cambodia, but given the present global crisis due to the pandemic, we have put our plans on hold,” says Chandoo Mondeti, the director of the film.

As the Telangana government announced night curfew from Wednesday, the makers of Mahesh Babu-starrer Sarkaru Vaari Paata have pushed the next schedule of the film to a later date. “The April 26 schedule had to be shot only during the night in Hyderabad. But with the restricted timings, the team is strategising their plans and decided to call off the upcoming shoot until the month-end,” says a source. The makers have also cautioned its members to avoid gatherings at the location. “Five members from the production team tested positive last week. They have been quarantined with necessary medical attention. We have also advised everyone who is over 45 years to get vaccinated,” the source adds.

Theatres and malls have to shut down their operations by 8 pm and distributors in the State think that these curbs would affect their revenue. “The second shows are money-spinners as it’s the most preferred one among the social class. The early closure would impact our business,” says a distributor on condition of anonymity. He is also wary of another lockdown. “If the cases continue to rise, we may have to brace ourselves for yet another lockdown,” he adds.

The show must go on

Interestingly, not all films shootings have been cancelled as some projects are underway by following the Standard Operating Procedures (SOP) and taking necessary precautions. Nani and the team of his upcoming film Shyam Singha Roy have commenced shooting for the final schedule of the film in a specially designed Kolkata city set in Hyderabad. Nani’s other film, Ante Sundaraniki, went on floors on Monday and the team is filming crucial scenes with its female lead, Nazriya Nazim Fahadh, in the city. Similarly, the shooting of the remake of Drushyam 2 is currently underway in Kerala and the filming of Maha Samudram is progressing at a brisk pace in Visakhapatnam. “Jagapathi Babu has joined the sets of Maha Samudram on Saturday without his make-up artist and he is handling his make-up all by himself,” says a source.

Pushpa, starring Allu Arjun has resumed its new schedule on Monday by adhering to the SOP, with limited crew members. “Two-three members from the direction department who were infected by the virus are now in quarantine and the team is now rolling out an alternate-day working system,” says a source on condition of anonymity.  The makers of Nandamuri Balakrishna’s new film, NBK 106, have commenced a new schedule ner Vikarabad. “A short schedule is being planned till April 24 with a limited crew,” the source adds.

Films like Love Story, Tuck Jagadish, Thalaivi and Virata Parvam have already been postponed. Projects like Acharya, Narappa, Balakrishna-Boyapati’s film and Radhe Shyam, among others, may reschedule their releases as well. Director Sekhar Kammula says, “Love Story is being made for theatrical viewing. We spoke to our distributors and we believe it’s better to postpone the release now. We are waiting for the situation to return to normalcy and we will finalise an appropriate date soon. We have a good film in hand and we are not willing to take any chances at the moment.”

After putting a cap on ticketing prices, the Andhra Pradesh government, on Monday, has reduced the occupancy in theatres by 50 per cent. “The Telangana government may follow the suit too,” says Jalapathy Gudelli, Tollywood film critic. “The unexpected reshuffling of releases is also making things difficult for the filmmakers across the country. Whether it’s Andhra Pradesh, Telangana, Maharashtra or overseas, the business is getting affected badly,” he adds.

It’s believed that a collective decision-making process by filmmakers across the country is the only way to resolve these issues. “The film industries across the country have to take a decision to slot the releases as the situation is more or less the same everywhere. Be it Radhe Shyam, KGF, RRR, Pushpa, Salman Khan’s Radhe, Sooryavanshi, Brahmastra or any other film that gets a nationwide release, the filmmakers have to allocate a window to ensure they don’t eat into each other’s revenues,” signs off Jalapathy.

Loading...
Denial of responsibility! TechiLive.in is an automatic aggregator around the global media. All the content are available free on Internet. We have just arranged it in one platform for educational purpose only. In each content, the hyperlink to the primary source is specified. All trademarks belong to their rightful owners, all materials to their authors. If you are the owner of the content and do not want us to publish your materials on our website, please contact us by email – admin@techilive.in. The content will be deleted within 24 hours.
CinemaCovid-19dilemmaentertainment newsEntertainment updatehornsnews updateRRR
0
Share

Indian higher education could be damaged ‘beyond repair’ by COVID-19

723 Epidemiologists on When and How the U.S. Can Fully Return to Normal