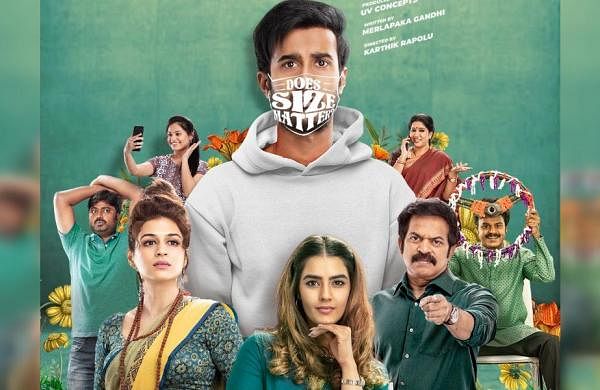 MUMBAI: Telugu film “Ek Mini Katha”, starring Santosh Sobhan and Kavya Thapar in the lead, is set to premiere on Amazon Prime Video on May 27, the streamer announced Thursday. Directed by Karthik Rapolu and written by Venkatadri Express fame Merlapaka Gandhi, the movie is touted as a “light-hearted, romantic tale” with a social message.

Though the exact plot details have been kept under wraps, the feature film deals with a rather “unusual subject” that a common man faces. “It was an absolute riot while filming this movie! The writing, the direction was so spot on, that playing the character came easily to me. The fact that this topic is so ingrained in reality that the finer nuances of the character was not very difficult to portray,” Sobhan said in a statement.

“The film is an absolute delight to watch, and I can’t wait for audiences to watch it either,” he added.

Loading...
Denial of responsibility! TechiLive.in is an automatic aggregator around the global media. All the content are available free on Internet. We have just arranged it in one platform for educational purpose only. In each content, the hyperlink to the primary source is specified. All trademarks belong to their rightful owners, all materials to their authors. If you are the owner of the content and do not want us to publish your materials on our website, please contact us by email – [email protected]. The content will be deleted within 24 hours.
AmazonBrahmajiEk Mini Kathaentertainment newsEntertainment updateHitKarthik RapoluKatha
0
Share

Meals on Wheels volunteers help 2.4 million US seniors get enough to eat while staving off loneliness