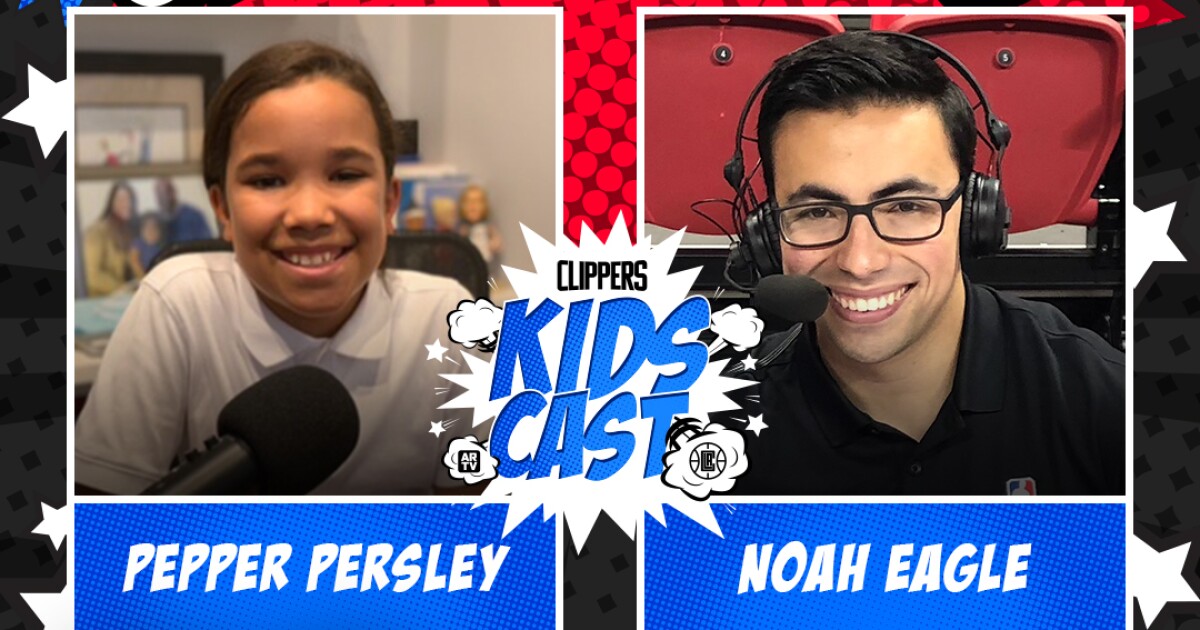 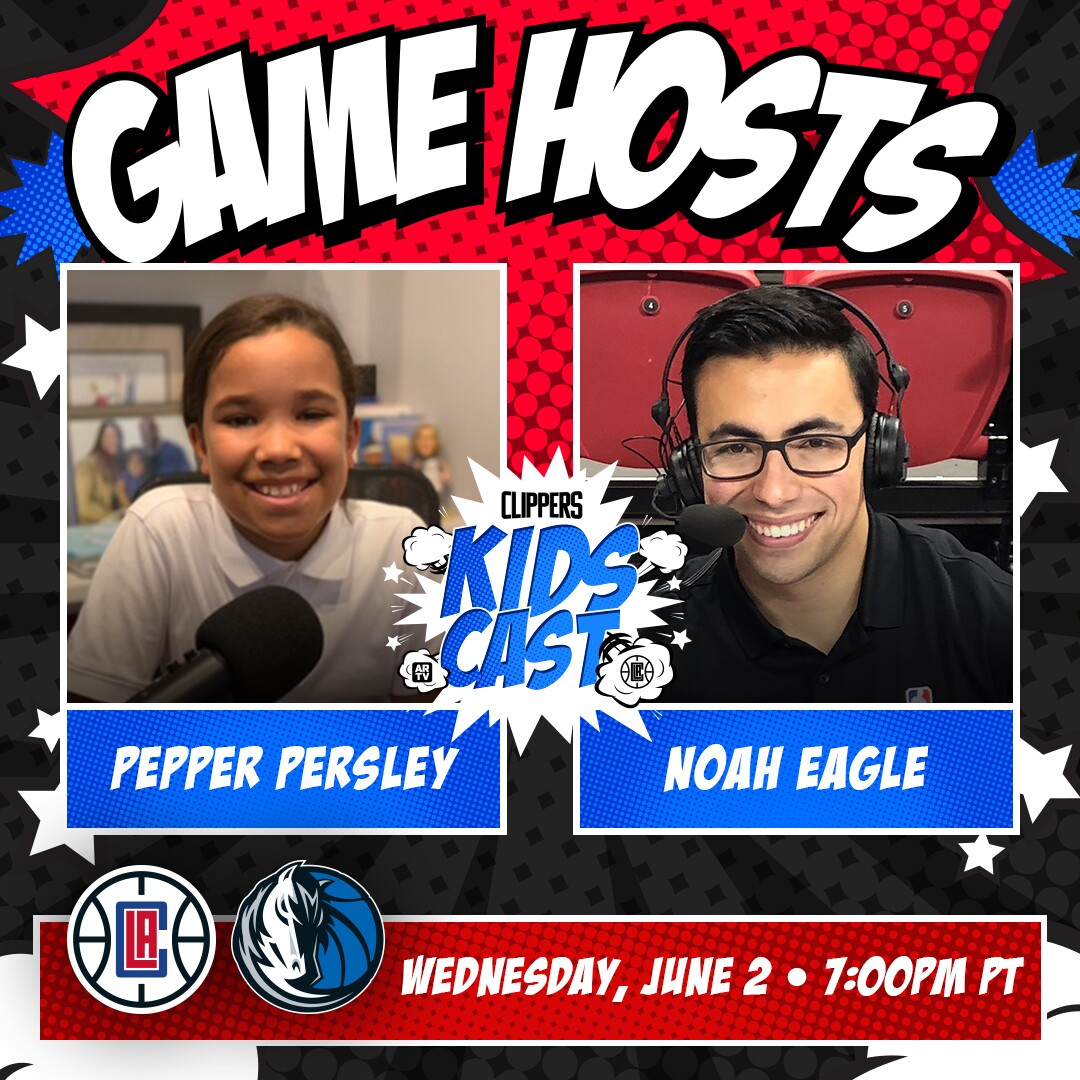 What do you remember most about last season’s NFC wild-card playoff game between the New Orleans Saints and Chicago Bears?

Maybe not the game itself, an unmemorable 21-9 Saints victory over a Bears team that went .500 during the regular season.

But maybe this instead?

Or maybe the immortal words of Saints coach Sean Payton: “I will officially volunteer to be slimed if we win.”

Tonight’s Clippers vs. Dallas Mavericks Game 5 will have a similar vibe with some minor adjustments (don’t count on slime, but don’t don’t count on it).

You might recall Eagle from his play-by-play stint on the Nickelodeon broadcast, for which he helmed a team that included 14-year-old Lex Lumpkin and 15-year-old Gabrielle Nevaeh Green. A millennial who graduated from Syracuse in 2019, Eagle connects easily with young colleagues and young audiences alike.

It might be a while before there is a younger broadcast duo than Persley and Eagle, who gave his Gen Alpha colleague props for her poise and confidence on the mic. He adds that their shared New York-New Jersey background has made the chemistry even smoother.

“She acts much older than she actually is,” Eagle said in a Tuesday interview with The Times. “So, she’s 10, yes, but it feels like you’re talking to somebody who’s been going through all of high school and college already and just has a wealth of knowledge on the subject matters that you want to hit on.

“It makes life easy because she can just talk about her own experiences and connect with younger people because they see someone who looks like them, and that’s huge.”

Persley has aspirations of playing in the WNBA. Her teachers might say that isn’t a plausible goal. But wouldn’t a 10-year-old helping call an NBA playoff game on live television seem unrealistic too?

“A lot of adults often tell kids to dream for the future, but I’m making my dreams come true now,” Persley told The Times.”I think that says a lot for other kids. And I hope that they can look up to me and see that they don’t need to be an adult to make change or to do important things and to make an impact.”

Becoming a great journalist begins with curiosity, and Persley’s was especially stirred while covering the WNBA last summer. Watching the league’s players take the lead in pushing social justice to the forefront of the sports conversation made her dream bigger and sharpened her interview skills. Already on a first-name basis with many of the WNBA’s biggest stars, Persley extended her journalistic reach to include the National Women’s Hockey League and National Women’s Soccer League

“It means the world to me to be a Black girl, able to see these incredible women making their voices heard and making a change in society,” Persley said.

There are still new experiences in front of her. She is eager to get beyond Zoom interviews (aren’t we all?) and branch out to face-to-face interviews that are still rare as we come out of the pandemic. Even on Wednesday, Persley will be calling the game with Eagle and Maggette from Fox’s West Los Angeles studios.

There, she will help Bally Sports West evolve toward a new era of creativity and create content that will sustain the attention of younger generations. January’s Saints-Bears telecast was an innovative step in the right direction, reaching more than 2 million viewers. Basketball, with its looser, more digital-savvy audience, seems a natural next frontier (though that 9:30 Eastern time start doesn’t help).

“It’s going to be fun, unique, and the thing I’m most excited about is the exact same thing that I was most excited about after the Nickelodeon show,” Eagle said. “And that was to bring in this new audience of basketball fans, potentially. We had so many people text us after that Nickelodeon game saying it was the first time that their young son watched a full football game all the way through, or that their sister sat down and watched the game.

“What makes me excited is if we can captivate and garner the interest of anybody who wouldn’t normally think to sit down and watch a Clippers game,” Eagle said.

How to watch the Kid Cast: Bally Sports West.

How to stream the Kid Cast.

Loading...
Denial of responsibility! TechiLive.in is an automatic aggregator around the global media. All the content are available free on Internet. We have just arranged it in one platform for educational purpose only. In each content, the hyperlink to the primary source is specified. All trademarks belong to their rightful owners, all materials to their authors. If you are the owner of the content and do not want us to publish your materials on our website, please contact us by email – [email protected]. The content will be deleted within 24 hours.
ClippersMavericksgamemicnews updatePepperPersleysports newssports update
0
Share