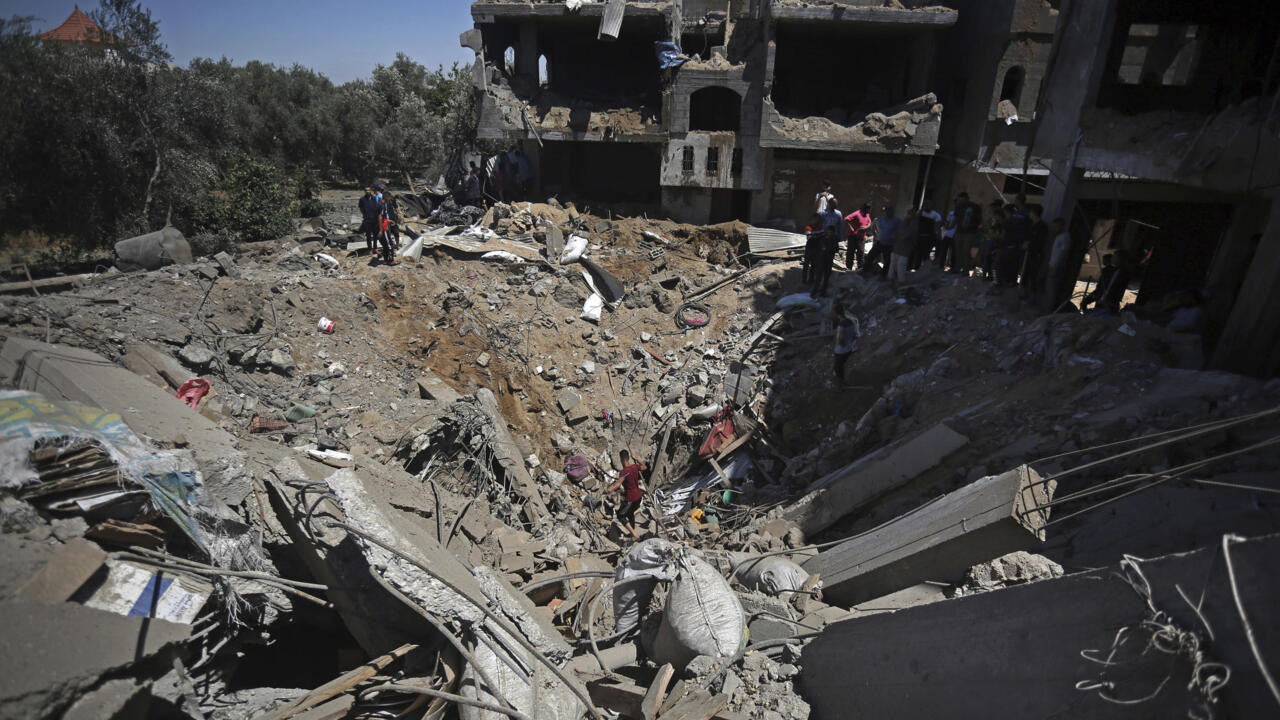 Tensions emerge between US, France at the United Nations over Gaza conflict

Despite a guaranteed US veto, France proposed another draft resolution on Wednesday calling for an end to hostilities and humanitarian access to the Gaza Strip. The US vetoed similar measures in recent days, with a UN spokesman saying Washington is pursuing its own “intensive diplomatic efforts”.

The conflict in the Middle East has stirred up a diplomatic stand-off at the United Nations between France and the United States, the first open tension between the two allies since Joe Biden was sworn in in January.

Despite guaranteed opposition from the United States, France proposed a draft UN Security Council resolution calling for an end to hostilities between Israel and the Palestinians, as well as humanitarian access to the Gaza Strip.

The US has repeatedly vetoed similar resolutions in recent days, saying it is instead pursuing other avenues to solve the crisis. In a call to Israeli Prime Minister Benjamin Netanyahu on Monday, Biden expressed support for a ceasefire between Israel and the militant group Hamas that rules Gaza.

But France’s proposal – announced in a statement on Tuesday evening, and undertaken in coordination with Egypt and Jordan – quickly drew a firm response from the United States, signaling it would wield its veto again if needed.

A US spokesperson at the UN told AFP: “[We] are focused on intensive diplomatic efforts under way to bring an end to the violence and that we will not support actions that we believe undermine efforts to de-escalate.”

At the same time, the White House announced that Biden had directly told Israel’s Prime Minister Benjamin Netanyahu  on Wednesday that he expects an immediate “de-escalation”.

“The president conveyed to the prime minister that he expected a significant de-escalation today on the path to a ceasefire,” the White House said after a fourth phone call between the two men in a little over a week.

As diplomatic efforts intensified to stem the bloodshed, Germany said its top diplomat was heading to Israel for talks on Thursday. Foreign Minister Heiko Maas will meet Israel’s foreign and defence ministers and travel to Ramallah to hold talks with the Palestinian premier, his office said.

The Security Council has been criticised for failing to adopt a declaration on Gaza, with the United States already rejecting three statement drafts – proposed by China, Norway and Tunisia – that called for an end to the fighting.

In announcing its draft proposal, the Élysée Palace said, “The shooting must stop, the time has come for a ceasefire and the UN Security Council must take up the issue.”

Geraldine Byrne Nason, the UN ambassador for Ireland, a non-permanent member of the Security Council, said, “Members have a collective responsibility for international peace and security.

“It is high time the Council steps up, breaks its silence and speaks out.”

France did not suggest any date for a vote on its proposed resolution, and the draft text appeared to have not been widely circulated among the 15-member Security Council.

The omissions raised speculation that the proposal was an attempt to increase pressure on Washington, or to underscore that Biden was not pursuing a more multilateral approach to international affairs than his predecessor Donald Trump.

French Foreign Minister Jean-Yves Le Drian told parliament on Wednesday that “the American position will be quite decisive … It is true that we have seen the United States a little behind all this”.

“It’s a bit strange considering the expectation that we all had for the Americans to return to multilateral diplomacy,” one UN ambassador told AFP on condition of anonymity, adding: “We also thought that the United States would be keen to show the relevance of the Security Council in situations like this.”

Another remarked that, with the UN resolutions, “we are just asking the US to support a statement by the Security Council that would pretty much say similar things which are being said bilaterally from Washington”.

US Secretary of State Antony Blinken said Tuesday that if Washington thought UN action “would actually effectively advance the objective, we would be for it”.

The palpable tension between France and the United States could leave traces and affect other issues. The two countries also disagreed this week on whether to give assistance to the anti-jihadist force G5 Sahel.

France, which is heavily engaged politically and militarily in the region, has been campaigning for years for financial, logistical and operational support from the UN to aid the force’s 5,000 under-equipped soldiers from Niger, Chad, Mauritania, Mali and Burkina Faso.

The Trump administration categorically refused, and France had hoped for more support after Biden took office in January. But the US has since continued to oppose the French stance, instead backing bilateral aid.

Loading...
Denial of responsibility! TechiLive.in is an automatic aggregator around the global media. All the content are available free on Internet. We have just arranged it in one platform for educational purpose only. In each content, the hyperlink to the primary source is specified. All trademarks belong to their rightful owners, all materials to their authors. If you are the owner of the content and do not want us to publish your materials on our website, please contact us by email – [email protected]. The content will be deleted within 24 hours.
conflictEmergeemmanuel macronFranceGazaHealth newsHealth updateIsraeli-Palestinian conflict
0
Share