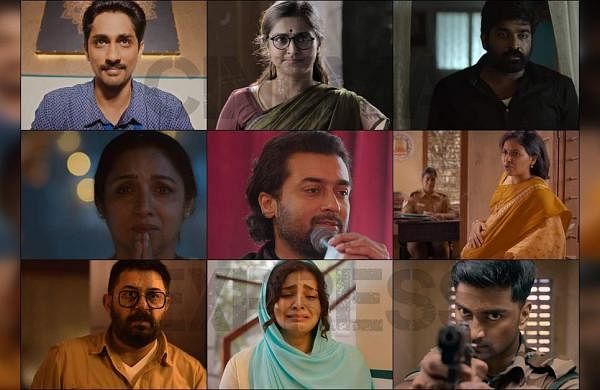 How do you react when someone tells you, “Oh my god! We are the only two people who liked that movie? Everyone else I know dissed it so bad that I kept wondering what made me like it so much in the first place!”

I respond with a smile. What works for one may not work for another. More so in today’s times when OTT has become the norm of film viewing, though I have secretly been wishing for theatres to be opened soon. An OTT platform is a ‘personal space’ while a theatre is a place of ‘community activity’.

The all-encompassing process of filmmaking is one huge collective effort. But seldom is this effort hailed; instead, it’s the end result that is hailed or rejected. In general, one seldom cares to know how a filmmaker might have braved challenges on location or how an actor might have given their best shot despite personal setbacks.

Also, shooting is just one part of the whole process. Post-production, a seemingly silent department, is another big part. Come rain or shine or now, a pandemic, films get done by more than hundreds of people, all for the sake of putting something out there as an ‘expression’ of an idea. Yet, all it takes for the audience is a mere two hours or a little more to dismiss it or accept it.

This ‘acceptance’ is where movie reviews and pre-release promotions come in. Or let’s say, it is these aspects that try to prepare the film experience for a viewer, preparing us for what may be in store. But in general, the success of this entire ‘birthing process of a film’ – from conception to delivery – is contained in that final applause or silence; the audience is the ultimate judge.

Success, as measured today by OTT subscriber count, or the number of times a film has been watched online, is also co-dependent on how well the film is promoted on social media. Sometimes, even trolling helps as it can act as a ‘clickbait’ factor. But most times, the trolling does affect the overall talk of the film, even if it increases average curiosity.

The type of viewer you are, determines how well you enjoy or don’t enjoy what you watch. With OTT, a film often gets paused several times as a whole family watches it in their drawing room with the ‘start-stop’ button in their control. This, of course, isn’t the case in a movie theatre, where concentrated viewing helps provide the film an edge for the makers as they have the audience’s undivided attention.

Into this tricky realm of OTT viewership, the film industry now marches on, as they venture each day to make an idea come alive on screen. But the hope of releasing a film in a huge movie hall is ultimately what keeps them marching on.

(The writer is a content producer and an art curator)

Loading...
Denial of responsibility! TechiLive.in is an automatic aggregator around the global media. All the content are available free on Internet. We have just arranged it in one platform for educational purpose only. In each content, the hyperlink to the primary source is specified. All trademarks belong to their rightful owners, all materials to their authors. If you are the owner of the content and do not want us to publish your materials on our website, please contact us by email – [email protected]. The content will be deleted within 24 hours.
entertainment newsEntertainment updatenavarasanews updateottOTT successsuccessTalkies
Share

Tamil Nadu Class 10 result: How to check, evaluation criteria and other details