Notice: amp_is_available was called incorrectly. `amp_is_available()` (or `amp_is_request()`, formerly `is_amp_endpoint()`) was called too early and so it will not work properly. WordPress is currently doing the `pre_get_posts` hook. Calling this function before the `wp` action means it will not have access to `WP_Query` and the queried object to determine if it is an AMP response, thus neither the `amp_skip_post()` filter nor the AMP enabled toggle will be considered. It appears the theme with slug `publisher` is responsible; please contact the author. Please see Debugging in WordPress for more information. (This message was added in version 2.0.0.) in /home/runcloud/webapps/techilive/wp-includes/functions.php on line 5313
 The Artist Spud holds first solo exhibition - TechiLive.in 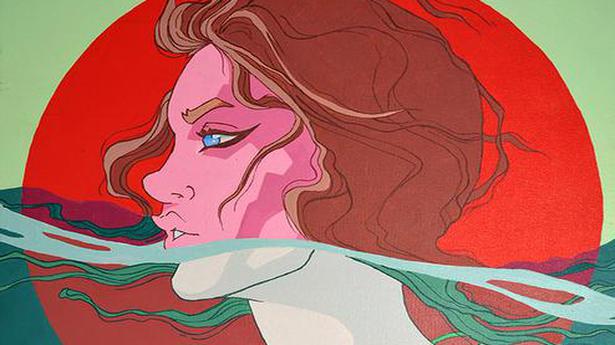 A chat with Bengaluru’s anonymous The Artist Spud, whose work has been creating a buzz from busking spots to art galleries

Ever since Bengaluru’s Church Street opened its sidewalk to artistes, there has been no dearth of talent on display. However, it was the work of The Artist Spud that caught Shreyasi Patil’s eye.

“The first time I saw Spud’s work at the Church Street Collective, I picked up quite a few pieces as I found his illustrative style compelling. I had no idea who he was at the time. After more bump-ins, I just asked him if we could do an art show together and he agreed,” says Shreyasi, a second year Economics student at Krea University.

“I’ve seen him busking on Church Street — talking to you and creating art out of the conversation,” she adds. His work appealed to her to such an extent that she has curated 20-odd canvases of his for ‘Perceptions,’ an exhibition.

Shreyasi happens to be one of the few people in the city who have met The Artist Spud who prefers to stay anonymous.

“I spent a lot of time looking at Banksy’s work and comparing him to artists who are popular by name, like Picasso and MF Hussain. The anonymity intrigued me and I actively decided to separate my ‘non-Spud’ life from my art,” says The Artist Spud, who has made Bengaluru his home.

Why the name? “At that point, I was eating a lot and someone said I looked like a potato, so I ran with it,” he chuckles.

Spud, in his early 20s, has had no formal art education and works with acrylic on canvas. While some of his work depict feminine heads in profile, Spud clarifies that not all his work portray women. “I am not too keen on abstracts as I believe shapes must be recognised. However, it was not my intent to depict the feminine form, but rather represent certain emotions.”

Spud says his works portray multiple subjects put together, with perhaps a touch of the surreal. “Human emotions, feelings, mythology and fantasy fascinate me and my work is my attempt to stitch them all together in the way I see them. I am not trying to push an agenda; its just my way of saying, ‘I thought about this. Do you also think about this?’”

“I know I have an illustrative art sense that does not qualify as fine art. So when Shreyasi approached me for an art show, it was too good an opportunity to pass up.”

Spud adds that he doesn’t deny his identity. “If someone were to ask me if I am The Artist Spud, I would answer in the affirmative, but otherwise I would rather let my work speak for itself.”

‘Perceptions’ by The Artist Spud will be on display at Vismaya Gallery, Rangoli Metro Art Centre from March 26 to 28. His work can also be viewed on all social media @theartistspud and @perceptions_2021

Loading...
Denial of responsibility! TechiLive.in is an automatic aggregator around the global media. All the content are available free on Internet. We have just arranged it in one platform for educational purpose only. In each content, the hyperlink to the primary source is specified. All trademarks belong to their rightful owners, all materials to their authors. If you are the owner of the content and do not want us to publish your materials on our website, please contact us by email – admin@techilive.in. The content will be deleted within 24 hours.
artistentertainment newsEntertainment updateexhibitionholdsnews updatesoloSpud
0
Share