Notice: amp_is_available was called incorrectly. `amp_is_available()` (or `amp_is_request()`, formerly `is_amp_endpoint()`) was called too early and so it will not work properly. WordPress is currently doing the `pre_get_posts` hook. Calling this function before the `wp` action means it will not have access to `WP_Query` and the queried object to determine if it is an AMP response, thus neither the `amp_skip_post()` filter nor the AMP enabled toggle will be considered. It appears the theme with slug `publisher` is responsible; please contact the author. Please see Debugging in WordPress for more information. (This message was added in version 2.0.0.) in /home/runcloud/webapps/techilive/wp-includes/functions.php on line 5313
 The Birth 10000bc might have a spanish release - TechiLive.in 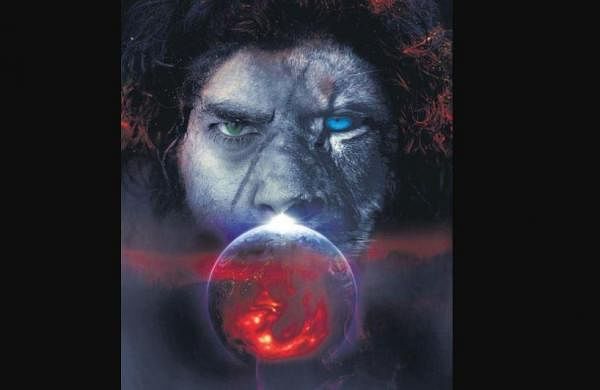 The  Birth 10000BC, an experiment by debutant director Vikram, which has garnered attention from the very beginning owing to its title, has created a buzz with its trailer attracting millions of views. The first-time director, who is a medical doctor, has come up with an action-adventure plot set in a pre-historic period. The film, which is made in multiple languages, is now the second most trending film on IMDB. Vikram explores an unknown legend and his epic journey towards discovery of life and livelihood. The film, which is more or less a ‘no-language’ film begins in the current period.

What begins as a family drama takes us back to the prehistoric era. Almost 90 per cent of the film is told only through lead actor, Pratap Raana. Another highlight of the film, which has dialogues in first few minutes, is that it runs on background score and emotions. Vikram says, “While the film is experimental, it has all the qualities of a commercial outing.” The film is bankrolled by Pradeep Jain under the banner Sri Vinayaka Maruthi Creations and Lakshya Production.

The music is scored by Judah Sandhy, while national award winner Mahavir Sabanannavar has handled the sound designing. DoP Anand Sundaresha is cranking the camera for the film. The team is currently working on the post production, with a target release date in June.

However, this depends on the pandemic. The makers are also looking at OTT releases and are in talks with various streaming platforms. “We have plans to release The Birth 10000BC in five languages, including Kannada, Telugu, Tamil, Malayalam and English. A Spanish filmmaker, who has watched the trailer has also approached us to have the f i lm dubbed and released in their languages. We are in d i s c u s s i o n stage,” says the director.

Denial of responsibility! TechiLive.in is an automatic aggregator around the global media. All the content are available free on Internet. We have just arranged it in one platform for educational purpose only. In each content, the hyperlink to the primary source is specified. All trademarks belong to their rightful owners, all materials to their authors. If you are the owner of the content and do not want us to publish your materials on our website, please contact us by email – admin@techilive.in. The content will be deleted within 24 hours.
Loading...
10000bcbirthBirth 10000BCentertainment newsEntertainment updatenews updateReleaseSpanish
0
Share