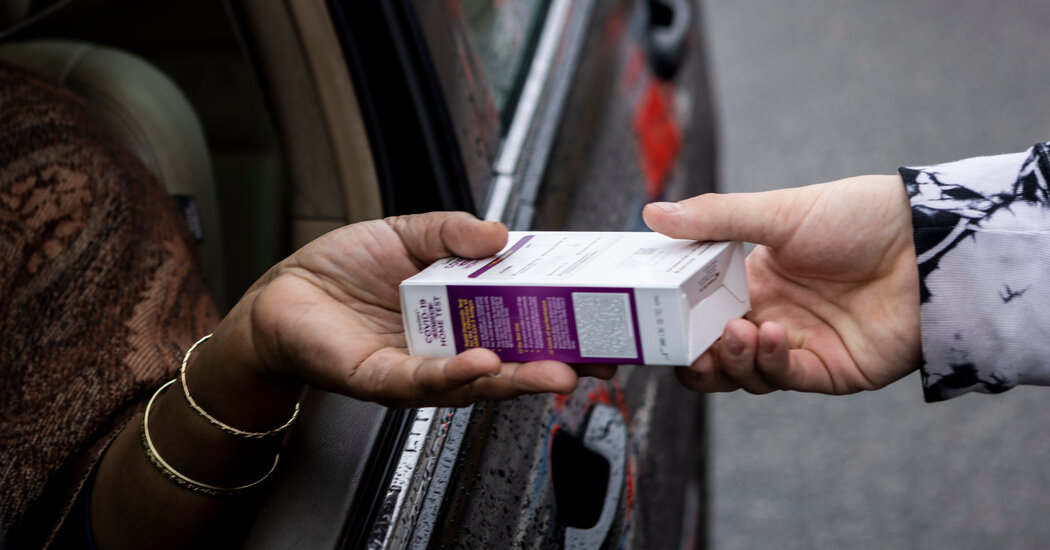 The C.D.C. stands by a decision not to require testing to leave isolation.

Despite sharp criticism, the Centers for Disease Control and Prevention on Tuesday stood by its recommendation that Americans infected with the coronavirus end their isolation after five days without first obtaining a negative virus test.

The agency guidelines, released last week, shortened the recommended isolation period from 10 days to five for infected people who do not have symptoms, or whose symptoms are resolving. But the agency did not recommend testing before leaving isolation, an omission that surprised and worried many outside experts.

Dr. Rochelle Walensky, the C.D.C. director, told The New York Times last week that the recommendation was based on evidence showing that most people are no longer contagious five days after symptoms appear. But the agency did not share the data behind the decision.

The guidelines suggested that following isolation, recovered people wear a mask around others for another five days. Dr. Walensky defended the decision to omit testing, saying that rapid tests are not reliable for determining when an individual is no longer contagious.

The Food and Drug Administration also said last week that rapid tests might be less reliable at picking up Omicron, compared with infections caused by previous variants. But the agency declined to elaborate on the basis for that assertion.

Many public health experts said ending isolation at five days was risky, and that the agency should at least urge people to test negative before mingling with others. They also derided the agency for what some saw as a capitulation to pressure from corporations buckling under staff shortages during the Omicron surge.

Responding to some of the criticisms, Dr. Anthony S. Fauci, the nation’s top coronavirus adviser, said on Sunday that the C.D.C. was considering adding testing to its recommendations, and would clarify the guidance within days.

The agency was widely expected to add testing to its guidance as early as Tuesday. But in a surprising move, officials updated the C.D.C. website without a testing requirement. The agency on Tuesday also provided scientific rationale for shortening the isolation period.

The guidelines now say that an individual who “has access to a test and wants to test” at the end of the isolation period may do so, but stops short of a recommendation to test.

The new guidelines “facilitate individual social and well-being needs, return to work, and maintenance of critical infrastructure,” according to an updated posted on Tuesday to the agency’s website.

For people exposed to the virus who are unvaccinated or have not yet not received a booster dose of one of the vaccines, the agency now recommends a quarantine of five days, followed by strict mask use for another five.

People who have received a booster shot do not need to quarantine following an exposure, but should wear a mask for 10 days afterward, according to the guidelines.

Denial of responsibility! TechiLive.in is an automatic aggregator around the global media. All the content are available free on Internet. We have just arranged it in one platform for educational purpose only. In each content, the hyperlink to the primary source is specified. All trademarks belong to their rightful owners, all materials to their authors. If you are the owner of the content and do not want us to publish your materials on our website, please contact us by email – [email protected]. The content will be deleted within 24 hours.
CDCdecisionHealth newsHealth updateIsolationleavenews updateRequire
Share

Dhanush: I am a very competitive person