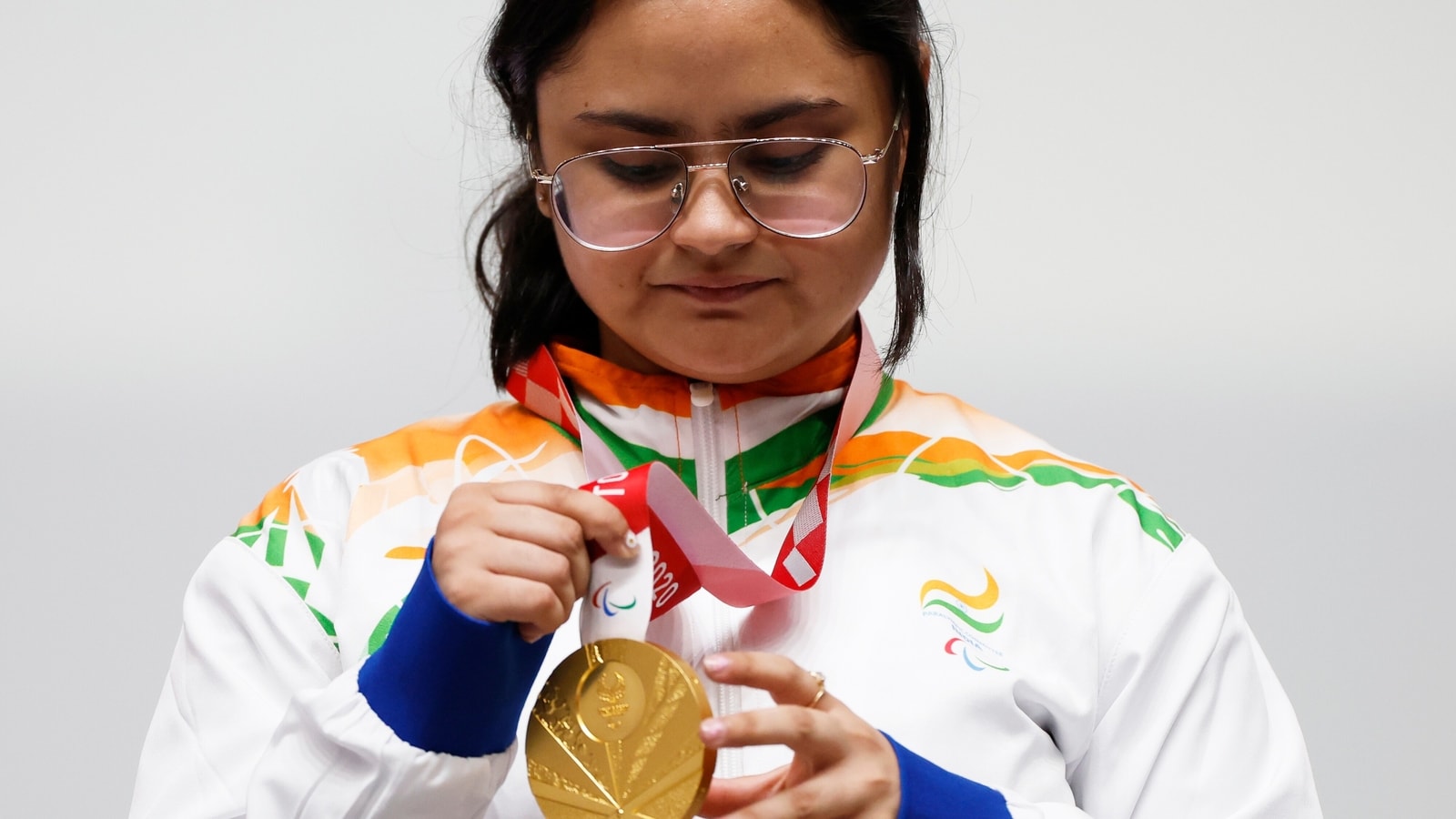 The day Avani Lekhara shot down the battles within

Avani Lekhara did not have a great start to her day during the qualification stage at the Asaka Shooting Range on Monday. She was fighting to stay in contention after the first two series and kept reaching out to her coach and former international Suma Shirur for advice.

Slowly she pulled herself together, improving with each round, and squeezing through to the finals at seventh place.

Then she was unstoppable.

The 19-year-old wheelchair-bound shooter from Jaipur equalled the world record, hit a perfect 10.9 in one of her shots in the final, and became the first Indian woman to win a gold at the Paralympics when she finished at the top in women’s 10m air rifle SH1 (for athletes with lower limb impairment).

“I can’t describe this feeling, I’m feeling like I’m on top of the world. It’s unexplainable,” Lekhara said over the phone.

Shirur, who has been training her since 2018, said that Lekhara was under tremendous pressure in the beginning. “She wanted a great start but it was very shaky and that disturbed her,” Shirur said from Tokyo.

“She was taking breaks and kept calling me. I calmed her down and finally by the end of the second series I could see that she was getting into her rhythm and the fear of competing in such a big stage was gone.”

Lekhara said that she kept reminding herself to take one shot at a time and think of nothing else.

“There’s nothing else that matters now, just one shot at a time and just finish it,” Lekhara said.

It was not just at the range in Tokyo that Lekhara overcame her fears and internal turmoil—they have been her constant companion for a long time since that fateful day in 2012 when she met with a traffic accident and suffered injuries to her spinal cord.

She underwent a surgery and was in hospital for three months, but doctors could do little about the traumatic paraplegia that rendered her paralyzed from the waist down. Her father Praveen Kumar Lekhara and mother Shweta, both state government tax officers, were devastated.

“Prior to the accident, I had always participated in co-curricular activities in school , like dancing, but after that everything changed,” Lekhara said. “I was very angry at my physical condition. It was causing severe mental agony. I had no desire to talk to anyone.”

For a year and a half, her parents tried many different things to revive her spirit, to make her interested in things again.

“It was like teaching everything new to a kid—how to sit, how to handle a wheelchair,” her father Praveen said. Then one day Praveen took her to an archery range and a shooting range, and Lekhara found something she loved about the rifle.

“After reading that, I thought I could also take up shooting seriously and since April 2015, I started going to the shooting range at Jagatpura almost regularly,” Lekhara said. She loved the gun, but there were other challenges to overcome—the range did not have a ramp, for one.

“My success was highly appreciated in school,” she said.

Her first breakthrough came in 2016, when she won the national title and was selected for the Al Ain Para Shooting World Cup next year, where she won a silver, before she started working with Shirur.

“There are various challenges for a para shooter who is in a wheelchair. It is extremely demanding,” Shirur said.

“The first thing is the internal conflict, to battle your thoughts, coming through such a major accident. Once you get that confidence then you start working on the technical aspect. The lower part of body is not functional and that means I have to improvise and adapt to get her body position right during shooting. We worked a lot on technique. But what separates her is her desire, her ambition to be the best.”

Denial of responsibility! TechiLive.in is an automatic aggregator around the global media. All the content are available free on Internet. We have just arranged it in one platform for educational purpose only. In each content, the hyperlink to the primary source is specified. All trademarks belong to their rightful owners, all materials to their authors. If you are the owner of the content and do not want us to publish your materials on our website, please contact us by email – [email protected]. The content will be deleted within 24 hours.
Loading...
Avaniavani lekhara gold medalavani lekhara medalavani lekhara newsavani lekhara paralympicsavani lekhara shooting medalBattlesDay
Share

Unease beyond the uncanny valley: How people react to the same faces