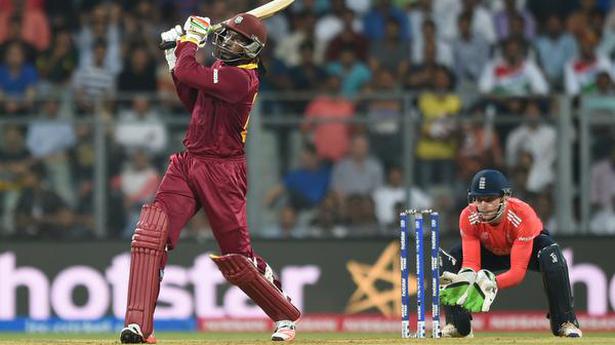 In the first 50 matches of the IPL so far, 583 sixes have been hit. That’s over 11 sixes per match. You can either rejoice in this, or speak dourly about the quality of bats, the smallness of boundaries, the technique of batsmen or the pressure on bowlers. John Arlott called the six “the most companionable of shots,” cutting the distance between player and spectator both literally and figuratively.

Now with the added pleasure of knowing exactly how far the ball travelled, distance, something incidental, shares the stage with the other aspects of the shot.

The well-hit six can be an aural and visual treat at once. The deep and almost polite sound of the bat making contact and the sight of the ball against the blue sky curving its way to its urgent appointment beyond the ropes is surely one of the pleasures of the game.

The first six I can remember was hit at our school grounds by a school hero named Gowrishanker, who had been picked for the Indian Schoolboys tour of Australia. I must have been seven or eight; the ball hit the tiled roof of the pavilion and rolled down gently. It was magical.

When you see some of the bats cricketers in the early part of the last century used, it is a wonder they cleared the boundary. Till 1910 in England, for a hit to be declared a six it had to clear the ground. Thus Albert Trott’s famous shot which bounced off the roof of the Lord’s pavilion fetched only a four. Many boundaries hit by him and others like Gilbert Jessop would count as six today.

Do modern batsmen hit higher and farther than their predecessors? C.K. Nayudu once hit a six at Chepauk, the ball landing near a coconut tree fifty yards from the ground. I saw Chris Gayle strike five sixes in an IPL over, but none looked to be travelling the same distance.

Nayudu’s six-hitting — he hit 11 of them while making 153 against the MCC in 1926 — hastened the acceptance of India into Test cricket, so the six has played an important role in India’s history.

The most famous sustained hitting in first class cricket was recorded in 1911 by E.B. Alletson, who, batting for Notts against Sussex, scored 189 in 90 minutes, the last 142 of those in 40 minutes. One of his eight sixes carried 146 metres which should put into perspective some of the big hits in the IPL.

Arlott, who has written a book about that one innings, says at one point, “Alletson, after lunch, went out to bat at 2.15… (he ) was out at 2.55 — which was probably the next time anyone at the ground looked at the clock.”

In another place he quotes the cricketer C.P. Foley who watched the match thus: “Time was wasted in trying to prise one ball out of the new stand into whose soft wood Alletson had driven it, no chisel being available…” I wonder what today’s commentators would have made of such hitting.

The IPL is not about hitting sixes, or at least not only about hitting sixes. The fear that what is too common and too easily done might somehow reduce the pleasure the shot brings, both to the player and the spectator, has proved to be largely unfounded.

When Brendon McCullum hit 13 sixes in the course of his 158 off 73 balls in the first-ever IPL match, he made a promise on behalf of the format itself: Sixes are sexy, and here’s where you get them. It was the second time the six was playing a significant role in Indian cricket.

No other act in cricket — bowled or run out or caught — has its own sponsor. But the IPL six stands on its own, affectionately (but wrongly) called a ‘maximum’ preceded by the name of the sponsor. A batsman can run three off a stroke and then find an overthrow fetching him another four runs, so that’s seven runs already. But ‘maximum’ has remained, helped along by the boundary being brought in.

Interestingly, both Jessop (who scored his runs at the rate of 80 an hour — this was before runs-per-ball were recorded) and W.G. Grace advocated that the boundary be brought in for first class games at the turn of the last century.

We each have our preferences, but the most pleasing six is the well-driven one, particularly if it flies straight and true. Off-side sixes — in the manner of K.L. Rahul — were the speciality of Walter Hammond.

But rather like the results of the matches themselves, the sixes in white ball cricket tend to drop out of the memory rather quickly. Most fans, I gather, would rather have a surfeit of them than a dearth.

Denial of responsibility! TechiLive.in is an automatic aggregator around the global media. All the content are available free on Internet. We have just arranged it in one platform for educational purpose only. In each content, the hyperlink to the primary source is specified. All trademarks belong to their rightful owners, all materials to their authors. If you are the owner of the content and do not want us to publish your materials on our website, please contact us by email – [email protected]. The content will be deleted within 24 hours.
Chris GayleCK nayuduDelightDistancedoublejohn arlottnews updatesixes
Share

Should You Invest in Travel & Tourism ETFs Now?