Notice: amp_is_available was called incorrectly. `amp_is_available()` (or `amp_is_request()`, formerly `is_amp_endpoint()`) was called too early and so it will not work properly. WordPress is currently doing the `pre_get_posts` hook. Calling this function before the `wp` action means it will not have access to `WP_Query` and the queried object to determine if it is an AMP response, thus neither the `amp_skip_post()` filter nor the AMP enabled toggle will be considered. It appears the theme with slug `publisher` is responsible; please contact the author. Please see Debugging in WordPress for more information. (This message was added in version 2.0.0.) in /home/runcloud/webapps/techilive/wp-includes/functions.php on line 5313
 ‘The gaze wasn’t right’: director Nikhil Pherwani, of ‘Ahaan’, on the portrayal of developmental disabilities in Indian cinema - TechiLive.in 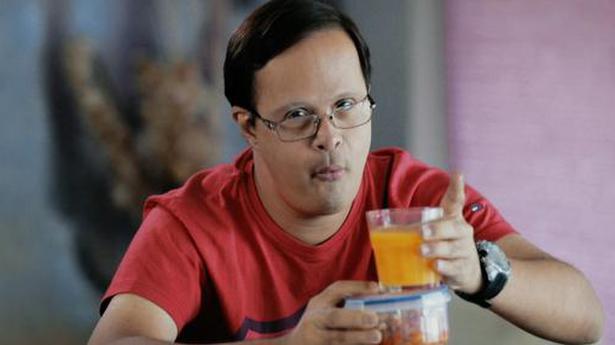 ‘The gaze wasn’t right’: director Nikhil Pherwani, of ‘Ahaan’, on the portrayal of developmental disabilities in Indian cinema

Not satisfied with how developmental disabilities were portrayed in Indian cinema, director Nikhil Pherwani cast an actor with Down syndrome in his début film, ‘Ahaan’

Filmmaker Nikhil Pherwani met 45-year-old Abuli Mamaji, one of the leads of his début film Ahaan, in a care facility for individuals with autism, Down syndrome (DS), and other learning disabilities. “The first thing he said to me was that he loves acting and Salman Khan,” Pherwani recalls. Ahaan, which had its theatrical release earlier this year and drops on Netflix on May 15, is a film about a young man with DS who finds a friend in an older neighbour struggling with obsessive-compulsive disorder (OCD), played by Arif Zakaria. The film, which Pherwani and his brother Abhishek have produced under their banner, Will Find Way Films, also stars Plabita Borthakur, Niharika Singh, and Rajit Kapur.

It wasn’t enough for Pherwani to tell a story about an under-represented section of our society, he also wanted them to be seen on screen. “We talk about inclusion but I don’t think we see enough of it. When you watch world cinema, filmmakers there go the extra step. I didn’t want to hire an actor, put prosthetics on him, and try to replicate behaviour. In Abuli, I found someone with Down syndrome who wanted to act. He was really passionate about it and wanted to give it his all,” he says. After spending some more time with his young actor, both with his family and alone, the director knew he was one step closer to making his dream début.

For Zakaria, who can currently also be seen in Zee5’s Qubool Hai 2.0, Mamaji’s casting was one of the factors that got him interested in Ahaan. “I thought it was interesting that he [Pherwani] had the gumption to put this story across and the absolute clincher was casting Abuli because you see it so rarely in our films or shows,” says the Raazi actor. While playing Ozzy, whose wife finally leaves him because she’s fed up with his obsessive ways, Zakaria realised that he also might have traces of OCD. “Most of us are creatures of habit. Maybe you read the newspaper on the toilet every morning or drink a particular brand of coffee. All this falls under the broad category of being OCD; it becomes serious when it starts impacting your life, like it does in Ozzy’s case.”

On the sets with Mamaji

Before he started filming, Pherwani did multiple rounds of workshops with just Mamaji to get him acclimatised to the camera. “I started with giving him simple instructions like walking towards the camera. I just wanted to see if he’d get nervous in front of it and how he’d react to instructions.” The second stage involved getting him to ‘act’. “Obviously he had never done anything like this before. So, we had to figure out a way for him to deliver various expressions. For example, I would tell him to imagine how he felt when his mother scolded him. He is very smart so he’d follow instructions quite well,” says the director.

It was during the second set of workshops though, when he had Mamaji deliver dialogues, that Pherwani understood he had a huge challenge on his hands. “Abuli can’t read and definitely wouldn’t memorise dialogues. So, we’d have to prompt the dialogues to him from behind the camera. He also has a speech impediment because of his condition.” Once filming started, Mamaji would take multiple takes per scene to get the dialogue and emotions right. Zakaria, who shares a lot of screen time with Mamaji, remembers it being challenging during the early days of shooting. “I just had to unlearn everything and be spontaneous in our scenes together. If you really pay attention to Abuli’s dialogues you’ll realise that often he doesn’t complete his sentences or that parts of his lines are garbled. So, it took a while for my ears to train themselves but he’s just so endearing that it wasn’t much of an effort,” he adds.

In the time since Ahaan was shot, Mamaji has gone on to act in Hotstar’s Criminal Justice 2 and Pherwani couldn’t be prouder. “He is such a great example for other families like his. Most parents of children with special abilities think that their kids can’t do much but look at Abuli. He’s following his passion and building a life for himself.” This is exactly what Pherwani, who worked as an assistant director on films like Stanley Ka Dabba, had set out to do when he started writing Ahaan way back in 2013. “Our society looks at people with developmental disabilities with either fear or sympathy, but we don’t treat them ‘normally’. There have been other films about people with disabilities but I always felt the gaze wasn’t right. I wanted to make a film where the audience experiences their zest for life and optimism.”

Ahaan will release on May 15 on Netflix

Loading...
Denial of responsibility! TechiLive.in is an automatic aggregator around the global media. All the content are available free on Internet. We have just arranged it in one platform for educational purpose only. In each content, the hyperlink to the primary source is specified. All trademarks belong to their rightful owners, all materials to their authors. If you are the owner of the content and do not want us to publish your materials on our website, please contact us by email – admin@techilive.in. The content will be deleted within 24 hours.
Abuli MamajiAhaanCinemadevelopmentalDirectordisabilitiesdisabilityDown syndrome
0
Share