Notice: amp_is_available was called incorrectly. `amp_is_available()` (or `amp_is_request()`, formerly `is_amp_endpoint()`) was called too early and so it will not work properly. WordPress is currently doing the `pre_get_posts` hook. Calling this function before the `wp` action means it will not have access to `WP_Query` and the queried object to determine if it is an AMP response, thus neither the `amp_skip_post()` filter nor the AMP enabled toggle will be considered. It appears the theme with slug `publisher` is responsible; please contact the author. Please see Debugging in WordPress for more information. (This message was added in version 2.0.0.) in /home/runcloud/webapps/techilive/wp-includes/functions.php on line 5313
 The likes of viewers have changed: Actor Shanvi Srivastava - TechiLive.in 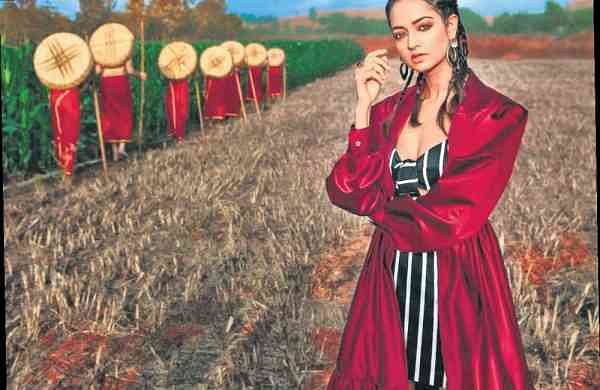 The likes of viewers have changed: Actor Shanvi Srivastava

While Avane Srimannarayana’s heroine Shanvi Srivastava is keeping herself occupied reading books and watching films, the actor has also taken an online course on voice modulation. “I felt that my voice had the same pitch when I was dubbing for Avane Srimannarayana, and since then I have been wanting to perfect the art of voice modulation as it helps in controlling varied emotions. This online class that I am currently taking will come in handy, irrespective of which language I dub in,” says Shanvi.

Reading books, for Shanvi, has been a stress buster and as she says keeps imagination on track.

“I just finished reading a murder mystery, and a book on spirituality,” she says. The actor is making her Malayalam debut with Mahaveeryar, which she had completed shooting before the lockdown.

The film, bankrolled by Pauly Jr Pictures in association with Indian Movie Makers, will see her sharing screen space with Nivin Pauly and Asif Ali. The project is now left with some patchwork. “My experience of working in my first Malayalam was great. The character was different for me, and the team was good and talented. The shots have come out well. I am waiting to watch it on the big screen,” says Shanvi, who is happy to be testing waters in different languages. “Post-Telugu and Kannada, I got to work in the Malayalam industry. I have also been approached for a Tamil project, and I hope to soon make my mark in Kollywood as well,” she tells us. As for Kannada, Shanvi has completed shooting for Dinesh Baboo’s Kasturi Mahal and is waiting to begin shooting for her next gangstre film, Bang.

“We are left with the most important scenes, which we had plans to shoot in March, which has been postponed,” she says. Shanvi opines that the pandemic has changed everything about cinema. “Even the likes of viewers have changed. They are exploring different kinds of works with OTT, which has films in different languages. When the entertainment industry gets back on track, everybody will be in an experimental zone. Though commercial films will have their value, there will be room for experimental films,” she adds.

Loading...
Denial of responsibility! TechiLive.in is an automatic aggregator around the global media. All the content are available free on Internet. We have just arranged it in one platform for educational purpose only. In each content, the hyperlink to the primary source is specified. All trademarks belong to their rightful owners, all materials to their authors. If you are the owner of the content and do not want us to publish your materials on our website, please contact us by email – admin@techilive.in. The content will be deleted within 24 hours.
ActorAvane SrimannarayanaChangedentertainment newsEntertainment updatelikesnews updateShanvi
0
Share