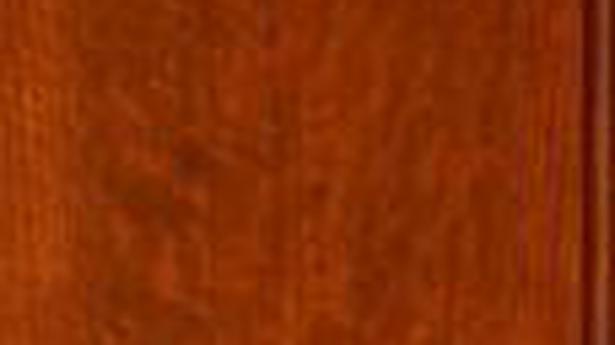 The magic of the monsoon raag Malhar

The two-day Malhar Utsav organised by the Faculty of Music and Fine Arts, University of Delhi, was a virtual event that opened on a sombre note when Dr. Deepti Bhalla, the Dean and Head of Music Department, dedicated it to the memory of Prof. Debu Chaudhury and Prateek Chaudhury, two important faculty members who died of COVID.

Inaugurated by Dr. Vikas Gupta, Registrar, DU, the festival based on monsoon ragas was an opportunity for students to understand the importance of seasonal ragas and the way they are dealt with in different musical traditions.

The inaugural day offered a Carnatic vocal recital by Abhiram Unni, streamed live from Kerala, and a sitar recital by Pt. Shubhendra Rao from Delhi. Initiated into music by N. Priyadarshini, trained under Mangar Natesan, and further groomed by Pantula Rama, Unni gave an adequate account of his music. Accompanied on the mridangam by Saroj Pungad and on the violin by Gokul Alankode, Unni opened with the popular Tyagaraja kriti ‘Ramabhirama’ in Dhanyasi and went on to present ‘Satileni Guruguha…’, the Purvikalyani composition by Ponnaiya Pillai set to Misra Chapu tala preceded with a detailed alapana. The composition was adorned with imaginatively strung kalpanaswaras and niraval. Abhiram concluded the recital with a padam by Maharaja Swati Tirunal in Nilambari raga, Rupakam . One only wished his repertoire had something to do with the monsoon since he was performing for the Malhar Utsav.

Pt. Shubhendra Rao, the internationally acclaimed sitarist trained under Pt. Ravi Shankar, compensated for this with a detailed alap-jod-jhala in Miyan Malhar, the principal progeny of Malhar, created by Miyan Tansen. The very first statement of Shubhendra’s alap with the defining combination of rishabh and pancham, oscillating komal gandhar and the meend descending from mandra nishad to pancham and then tenderly caressing both the nishads before reaching the destination of shadja created the authentic sketch of the raag. The rest of the painting was complete with his multi-hued strokes through jod and the tuneful jhala.

The vilambit and dhrut compositions followed in the soothing Desh, a favourite raag of the rainy season. To top it, Shubhendra concluded with a melodious Malhar-Mala, a garland of a myriad variety of Malhars comprising Megh-Malhar, Gaud-Malhar, Nat-Malhar and even a glimpse of Surdasi Malhar with hoary compositions from his treasure trove, creating a perfect ambience of the romantic monsoon. The musicality of tabla accompaniment by Pt. Ashish Sengupta enhanced the sweetness of the recital.

Guest artistes for the second day were Bismillah Khan awardee vocalist Sameehan Kashalkar and ace tabla player Ustad Rafiuddin Sabri. Sameehan, son and disciple of Pt. Ulhas Kashalkar, streaming live from Pune, opened with Miyan Malhar and did full justice to the raag. The significant feature of his performance was the clarity in the conception of the raag, sung with meticulous care, except for the repetition of the raag, since it was played on sitar the previous day, which probably Sameehan was not aware of.

His bright matter-of-fact voice with a clear tone and technical flair proved his training and understanding of rhythm and phrasings. The Bada Khayal ‘Ata dhoom…’, set to slow Ektaal and the Chhota Khayal ‘Ab ghan barse…’ in the medium tempo of Teentaal vouched for his grooming in khayal gayaki, whereas the concluding kajri, ‘Ghir aayi hai kari badariya…’ sung in typical Dadra style, had the Purab Ang Gayaki flavour of his other guru, Vidushi Girija Devi. Akshay Kulkarni on the tabla and Ameya Bichu on the harmonium ably accompanied the brilliant vocalist.

The concluding concert of the festival was a tabla solo by Ustad Rafiuddin Sabri, who opened with peshkar and played a variety of qayeda, rela, tukda and laggi-ladi in the slow and medium tempo of Teentaal. Despite his admirable virtuosity, there was understandably no scope of showcasing monsoon raags on the tabla, but one wished that Shambhu Sisodia, who accompanied him on the sarangi, had thought of it and chosen an appropriate raag for his lehera.

It was heartening to see the students of Sargam Choir opening the festival with a composition of Subrahmania Bharati in the Carnatic raga, Amritavarshini, composed and conducted by Prashanth G. Pai. Likewise, on day two, the choir opened with Mangal-Dhwani, rendering compositions in a variety of Malhars, conducted by Vineet Goswami. Harmonised ‘auchar’ (introductory alap) of the raag, rendered alternately by the male and female voices, triggered the Megh bandish, ‘Garaj ghata ghan’, in Jhaptaal and the Gaud Malhar bandish, ‘Bijuria chamkan lagi’ in Teentaal. Then came the folkish composition, ‘Barse badariya’, followed by the famous ‘Bol re papihara’ in Miyan Malhar and a Dhrut Ada Chautaal tarana concluding with sargam taans creating a jhala-like effect in Dhrut Teentaal, climaxing with an emphatic tihai. The delightful group performances on both days assured audiences of the promise of Gen Next.

Loading...
Denial of responsibility! TechiLive.in is an automatic aggregator around the global media. All the content are available free on Internet. We have just arranged it in one platform for educational purpose only. In each content, the hyperlink to the primary source is specified. All trademarks belong to their rightful owners, all materials to their authors. If you are the owner of the content and do not want us to publish your materials on our website, please contact us by email – [email protected]. The content will be deleted within 24 hours.
Abhiram Unnientertainment newsEntertainment updateMagicMalharMalhar UtsavMonsoonnews update
Share

Walmart to scrap quarterly bonuses as it raises wages

Kerala’s Guruvayur Temple presented with emerald-studded golden crown: Everything you should know about the temple