Notice: amp_is_available was called incorrectly. `amp_is_available()` (or `amp_is_request()`, formerly `is_amp_endpoint()`) was called too early and so it will not work properly. WordPress is currently doing the `pre_get_posts` hook. Calling this function before the `wp` action means it will not have access to `WP_Query` and the queried object to determine if it is an AMP response, thus neither the `amp_skip_post()` filter nor the AMP enabled toggle will be considered. It appears the theme with slug `publisher` is responsible; please contact the author. Please see Debugging in WordPress for more information. (This message was added in version 2.0.0.) in /home/runcloud/webapps/techilive/wp-includes/functions.php on line 5313
 'The married woman' review: A tale of loneliness - TechiLive.in 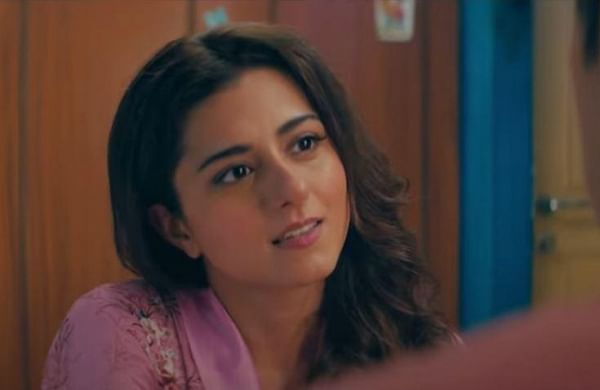 ‘The married woman’ review: A tale of loneliness

When two lonely hearts meet in a city ravaged by religious divisions and oppressive middle-class values and expectations, their gender ceases to matter.

The Married Woman, ALT Balaji’s latest miniseries based on Manju Kapur’s novel of the same name, had a timely release this International Women’s Day.

Leading lady Astha (Ridhi Dogra) lives an ordinary life in an ordinary home in the early 1990s—complete with misogynistic husband Hemant (Suhaas Ahuja), cantankerous in-laws, demanding children, broken pressure-cookers and constant reminders to be grateful because ‘all her needs are taken care of’.

Her teaching job at the university is her only claim to independence. When Muslim political activist Aijaz (Imaad Shah) walks into her well-defined and cloistered life, she feels a sense of awakening and freedom, believing it to be love.

Aijaz, however, becomes the token political casualty of the show, paving the way for his sassy pan-sexual widow Peeplika (Monica Dogra) to take his place in Astha’s heart.

In the first half, the show spotlights Delhi in the 90s. On one hand, a growing chasm between classes and religious groups can be seen; and on the other, ‘westernised’ ideas of progress and acceptance of differences make their way to educated homes. The second half of the show, however, abandons these threads. This change in plot is evident but not jarring. The relationship is handled better than the fraught religious theme.

Perhaps the biggest strength of the show lies in its casting. Dogra as Astha does an immaculate job of moving between myriad emotions—timidity and confidence, suppression and fearlessness, indifference and love. But she is outshone by Ahuja’s fantastic portrayal of a middle-aged man defined by his deeply ingrained middle-class principles.

Homosexual relations are rarely displayed in the Indian cinematic experience, tending to shock even when they are. The Married Woman differs in this aspect—it does not aim to shock, but rather to create awareness of dissatisfactory marriages often pushing one partner to seek emotional fulfilment elsewhere. The show highlights the need for women to share strong ties with each other. Overall, with its sensitively portrayed story and stellar performances, The Married Woman is highly ‘binge-worthy’—passing the ultimate test for all OTT offerings these days.

Loading...
Denial of responsibility! TechiLive.in is an automatic aggregator around the global media. All the content are available free on Internet. We have just arranged it in one platform for educational purpose only. In each content, the hyperlink to the primary source is specified. All trademarks belong to their rightful owners, all materials to their authors. If you are the owner of the content and do not want us to publish your materials on our website, please contact us by email – admin@techilive.in. The content will be deleted within 24 hours.
entertainment newsEntertainment updatelonelinessMarriednews updatereviewtaletechi live
0
Share

NCHM JEE 2021 registration ends next week, here’s how to apply