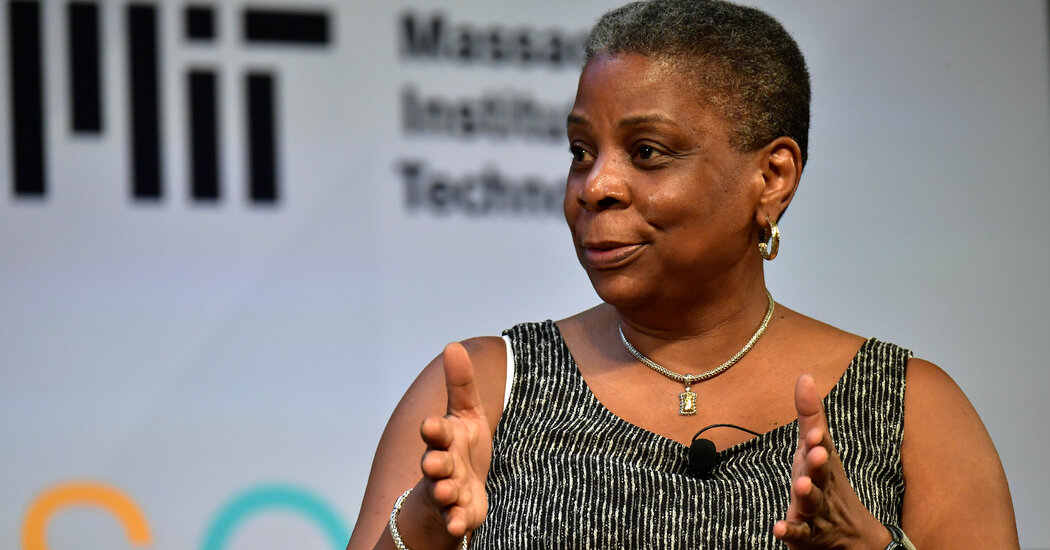 The Missing Piece in the Push for Boardroom Diversity

Last summer, major public companies across the country pledged to increase diversity in their boardrooms, one of the actions taken after the murder of George Floyd in police custody. Corporate directors set goals, and some have begun to make progress, with investors, activists and others tracking their commitments on racial equity.

But conspicuously absent is a discussion of diversity efforts at privately held companies. There are far more of them than publicly traded firms: Of more than 30 million businesses in the United States, less than 1 percent are listed on a stock exchange. The most successful private companies often become tomorrow’s biggest public companies — and biggest employers.

What’s more striking about the lack of diversity among prominent private companies is what binds them: venture capital and private equity firms that ply them with money and influence their governance.

The numbers tell the story.

The 18 top venture capital and private equity firms in the nation — Andreessen Horowitz, Blackstone, Carlyle, Greylock, KKR and Sequoia among them — have invested in 843 private companies that have gone public since 2000. Collectively, those companies are now worth more than $10 trillion.

Of the 4,700-some board seats at those companies over the same period, only 49 have been held by Black directors, according to new research by the Board Diversity Action Alliance.

Let that sink in for a moment. That’s only 1 percent of thousands of positions, spanning more than 20 years.

Those diversity gains, minuscule by any measure, have taken place very recently: 21 of the 23 seats held by Black directors of venture-backed companies in the past 20 years came in the past decade, the research reported. Similarly, all 15 board seats held by someone with a Latino background were gained in the last 10 years.

“These organizations are started by white men. They start the company with their friends and their family. Their friends and family look exactly like them, right?” said Ursula Burns, the former chief executive of Xerox and still one of the very few Black leaders of a Fortune 500 company. Today, she sits on the boards of Exxon Mobil, Datto, Nestlé and Uber and is a senior adviser to Teneo. She is a founding partner of the Board Diversity Action Alliance along with Gabrielle Sulzberger.

“I didn’t know how bad it would be, but I knew it was bad,” Ms. Sulzberger said of the research. She is one of the few Black female directors; she sits on the boards of Eli Lilly, Mastercard, Brixmor Property Group and Cerevel Therapeutics, and she is a strategic adviser to Two Sigma Impact, a private equity fund in New York. She is also a senior adviser to Teneo. The influence of private equity and venture capital firms on the companies they invest in, she said, “cuts through such a large piece of our economy.”

(Ms. Sulzberger is separated from Arthur Ochs Sulzberger Jr., the previous chairman of The New York Times Company; he was not involved in the research.)

Because the culture of most companies is created in its early days, focusing on diversity when companies are still private — rather than once they become public — should be a priority for the investment firms that provide funding and mentorship during these formative years.

This clearly isn’t happening, but perhaps that shouldn’t be surprising: There is little diversity at the top of private equity and venture capital firms, even less than in corporate America as a whole. Black employees made up 4 percent of investment professionals at venture capital firms in the United States last year, according to Deloitte. The deal teams at private equity firms were only about 1 to 2 percent Black last year, according to McKinsey.

Some private equity firms, some of which are themselves publicly traded, have made pledges to increase diversity in their ranks, but they have been slow to make gains. There is less public pressure on them than other companies, because most of these firms aren’t household names and they are tightly controlled by their partners.

“Part of their business model is being private,” Ms. Sulzberger said. “That’s part of the value: the calculation that they can do whatever they’re going to do without public accountability and awareness.”

Ms. Burns was quick to say that she doesn’t believe the lack of diversity is deliberate. “I don’t think it is intent,” she said. “I think it’s a lack of intent.”

For many executives, hiring inside their immediate circles is simply a matter of expediency, not “because they want to do something illegal or even immoral,” Ms. Burns said. “They just say, ‘I am in a different phase of my life and all this other stuff is going to slow me down.’”

Yet the focus on issues other than diversity among private companies may come at a real cost. A growing body of research shows that more diverse teams outperform their peers. One study by BCG reported “companies with more diverse leadership teams report higher innovation revenue — 45 percent of total revenue versus just 26 percent.” Start-ups and other private companies may also be able to attract more capital as investors place an increasing weight on diversity and inclusion in their investment calculus.

The heightened attention on boardroom diversity at public companies appears to be having an effect, with Black directors accounting for a third of new board members from July last year to May this year, up from a tenth in the same period a year before, according to ISS Corporate Solutions. That pushes private companies on the cusp of going public to diversify their boards. And stock exchanges like Nasdaq and some banks that underwrite offerings, like Goldman Sachs, require a minimum level of boardroom diversity before they will work with companies.

But by then it is often too late, Ms. Burns said of private companies sprinting to diversify their board right before going public. “I enter all of these boards with the following mantra, ‘Do it now,’” she said. Instead of “scrambling” to diversify their boards as a public offering approaches, she said, “they could be more purposeful and faster at the end if they did it earlier.”

And that’s for companies that plan to go public. Many more will choose to stay private, away from the spotlight of the market and the scrutiny that it brings to the diversity — or lack thereof — in their boardrooms.

Denial of responsibility! TechiLive.in is an automatic aggregator around the global media. All the content are available free on Internet. We have just arranged it in one platform for educational purpose only. In each content, the hyperlink to the primary source is specified. All trademarks belong to their rightful owners, all materials to their authors. If you are the owner of the content and do not want us to publish your materials on our website, please contact us by email – [email protected]. The content will be deleted within 24 hours.
Loading...
BoardroomDiversityEducation newsEducation updateMissingnews updatePiecepush
Share