Notice: amp_is_available was called incorrectly. `amp_is_available()` (or `amp_is_request()`, formerly `is_amp_endpoint()`) was called too early and so it will not work properly. WordPress is currently doing the `pre_get_posts` hook. Calling this function before the `wp` action means it will not have access to `WP_Query` and the queried object to determine if it is an AMP response, thus neither the `amp_skip_post()` filter nor the AMP enabled toggle will be considered. It appears the theme with slug `publisher` is responsible; please contact the author. Please see Debugging in WordPress for more information. (This message was added in version 2.0.0.) in /home/runcloud/webapps/techilive/wp-includes/functions.php on line 5313
 The need for the un-hoarding of app stores - TechiLive.in 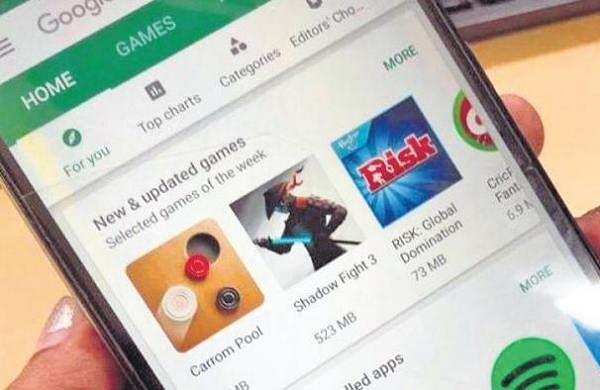 The need for the un-hoarding of app stores

Twitter CEO Jack Dorsey is back to disrupting the status quo, telling investors over a call last week of the need for a more decentralised social media system, using an app marketplace approach.

According to agencies, Dorsey said, “The most important thing to focus on, in terms of decentralising social media, is that it creates a much larger corpus of conversation. The problem of discovery around content is one that is easiest when it is centralised and that’s how we have operated for the past 15 years, and even that has some potential to shift.”

This is a not so oblique reference to the near-monopoly (one might say duopoly) that certain app stores enjoy, thereby picking what you watch, hear, and shop through their all-knowing algorithms. It is in that vein, Twitter has been working on developing a decentralised app store for more than a year under a project named Bluesky. With his latest musings, there is hope that the app market will yet open up.

“Definitely, we need to have more personalised, decentralised app stores. Like if I’ll talk about my own brand and industry, the courts have given Fantasy Sports the nod considering it as a game of skill, so, if the current app stores were to relook at the decision of adding fantasy games on their platform, we would be more than happy,” says Amit Purohit, Founder of Fantasy Akhada a leading e-games site and app.

Rakesh Deshmukh, Co-Founder and CEO of Indus OS, a Made in India app and content discovery platform, asserts, “We need diversity in app stores to allow for the free flow of information. At Indus OS, we know the need for an enhanced app store ecosystem (EASE) to help us serve the next half a billion Indians. Specialist app stores are the future. The current one size-fits-all approach adopted by mobile OS-es does not serve all. Google & Apple need to allow more options for consumers globally. The changing big tech paradigm offers opportunity to democratise technology for societal betterment.”

Pulkit Sharma, Co-Founder and CEO, Khabri, a voice based platform, agrees, saying, “In today’s world, Google and Apple own the gate and gateway to the digital ecosystem with their pre-installed play store. This monopoly is dangerous for millions, as for small as well as large scale businesses even a small policy change makes a huge impact. Having a decentralising app store will ensure that there is a fair competitive environment for everyone.”

Purohit concludes that the addition of such a store “will definitely improve our reach and cost of acquisition metrics. Currently, a lot of users become circumspect about downloading an app if it is not available on Google Play Store. It will help us in building credibility as well.”

Denial of responsibility! TechiLive.in is an automatic aggregator around the global media. All the content are available free on Internet. We have just arranged it in one platform for educational purpose only. In each content, the hyperlink to the primary source is specified. All trademarks belong to their rightful owners, all materials to their authors. If you are the owner of the content and do not want us to publish your materials on our website, please contact us by email – admin@techilive.in. The content will be deleted within 24 hours.
Loading...
AppJack Dorseylifestyle newslifestyle updatenews updateStorestechi liveTwitter
0
Share