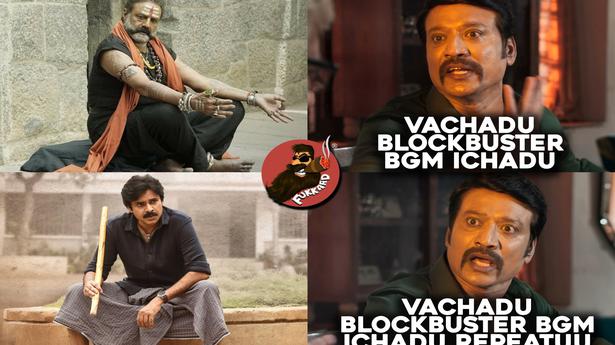 Fukkard, an infotainment channel with an eye on Telugu cinema, cricket and politics, plans to start making films

Fukkard, an infotainment channel with an eye on Telugu cinema, cricket and politics, plans to start making films

Often, those who work as assistant directors have an insight into the film industry and can offer a ringside view. Arun Nag, who worked as an assistant director for a few Telugu films, co-founded a meme page Fukkard in January 2015, with the intention of being an independent voice that comments on cinema.

With its presence across social media platforms, garnering more than 563,000 followers on Instagram, 140,000 on Twitter and 331,000 on Facebook, in the last eight years, Fukkard has evolved into an infotainment page that focusses primarily on cinema, with an eye on cricket and politics.

“I started Fukkard with a friend (who wishes to remain anonymous) to put out information and comment on latest developments in Telugu cinema. When we started, there were not too many such players on social media. Today meme pages have become a rage,” says Arun. The passion for cinema shadowed everything else for Arun and his friend, both B.Tech graduates and former assistant directors.

Fukkard is now an eight-member team that divides the responsibilities of conceptualising, designing and editing the creatives.

Arun says Fukkard intends to remain an infotainment platform that adds a dose of humour wherever possible, but without getting offensive: “We have a no-troll policy. We do not make fun of any film or personality; we are here for the love of cinema.”

On some days, the team puts out more than 50 posts across its platforms. This summer is poised to get busier with the line-up of films awaiting release and the IPL season. “On some days, our last post comes up by 8.30 p.m. There are other days when we are online till midnight.”

Fukkard might have begun as a cinema infotainment platform but with time, Arun and his colleagues who are cricket buffs felt the need to tap into the cricket frenzy on social media. Cinema, cricket and politics ensured that they appealed to more social media users.

In recent times, the platform has also been open to promotional tie-ups: “We need the money to pay those who design and edit the creatives. But we offer a full disclosure when we have tied up with a film, so that our review or posts are not viewed as biased.” Khiladi, DJ Tillu and Sehari are a few of the recent Telugu films they tied up with.

The group intends to venture into filmmaking in the near future: “We are discussing scripts and eager to explore both large format cinema and the digital space.”

Denial of responsibility! TechiLive.in is an automatic aggregator around the global media. All the content are available free on Internet. We have just arranged it in one platform for educational purpose only. In each content, the hyperlink to the primary source is specified. All trademarks belong to their rightful owners, all materials to their authors. If you are the owner of the content and do not want us to publish your materials on our website, please contact us by email – [email protected]. The content will be deleted within 24 hours.
aspirationsentertainment newsEntertainment updatemakersMememovienews updatenotroll
Share

Europe’s central bank to speed up end to economic stimulus

We just can’t let Apple rumors die, even if…