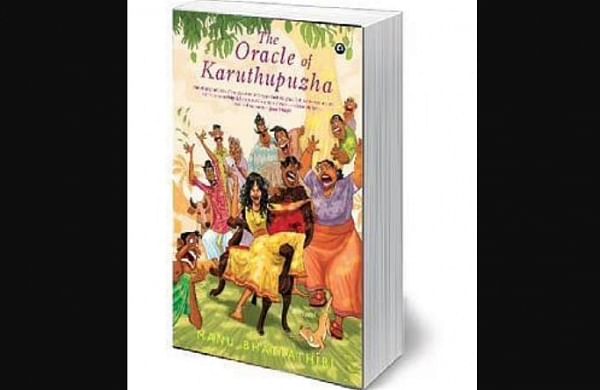 ‘The Oracle of  Karuthupuzha’ book review: Of human nature

Over the course of three books, Savithri’s Special Room and Other Stories, The Town That Laughed, and now The Oracle of Karuthupuzha, Manu Bhattathiri has spun into being the little hamlet of Karuthupuzha somewhere in Kerala, peopled it with a  fair share of average and eccentric denizens, and regularly stirred up little storms in the local glasses of tea.

The Karuthupuzha tales need to be taken for what they are—a dissection of human nature as displayed by a cross- section of characters. It is how the citizens of this almost-town besides a black river, react to things thrown their way that breathe life into the stories, not what they actually do.

The author calibrates his characters with finesse, allowing free rein to their eccentricities but only up to a point. That old-fashioned term ‘human interest’ is what lies at the core of the tales, and the whys and hows of the plot don’t require too keen an inspection.

The unlikely oracle of Karuthupuzha happens to be Sarasu, milkman Nareshan’s daughter, a young girl of uncommon beauty and a placid nature to boot. She is refused a pair of eyeglasses by her father and that is when the first ‘possession’ takes place. Given a fair share of credulous believers and a shrewd father, a cult of Chaathan-seva is quickly built around Sarasu. She gets her glasses, Nareshan starts to make money, and the town is immediately divided into the devout who flock to the young girl for divine consultation, and the left-leaning Commie (this is Kerala, remember?) sceptics who scoff at the naiveté of the townspeople.

The author makes absolutely no judgements on whether Sarasu is really possessed by the demon god, whether the people who flock to her are all fools, whether the scheming Nareshan is actually a bad man, whether Nanu is the hamlet’s weirdo. Everyone has their own redeeming qualities and if the reader doesn’t quite sympathise with some of the characters, they definitely get where those characters are coming from.

This is satire at its  gentlest. Even as the story suddenly turns dark with an evocative account of Irruttu Komali and his doings, it  quickly gets back on its sardonic track again. Eccentricities come with explanations, and the sadder side of funny—Dasappan’s disquieting volte face, Nanu’s inner torment at being different, Nareshan’s guilt at having ill-treated an old Chaathan client, Kalyani’s studied denial of the way her husband behaves with her, the couple’s subliminal guilt at having turned god into a business—is also on display. The character sketches are an absolute delight but the absence of a keen-eyed editor is sharply felt in places.

Denial of responsibility! TechiLive.in is an automatic aggregator around the global media. All the content are available free on Internet. We have just arranged it in one platform for educational purpose only. In each content, the hyperlink to the primary source is specified. All trademarks belong to their rightful owners, all materials to their authors. If you are the owner of the content and do not want us to publish your materials on our website, please contact us by email – [email protected]. The content will be deleted within 24 hours.
bookhumanKaruthupuzhalifestyle newslifestyle updateNaturenews updateOracle
Share

Morgan Wallen’s racial slur cost him an invite to the CMA Awards. What will the Grammys do?