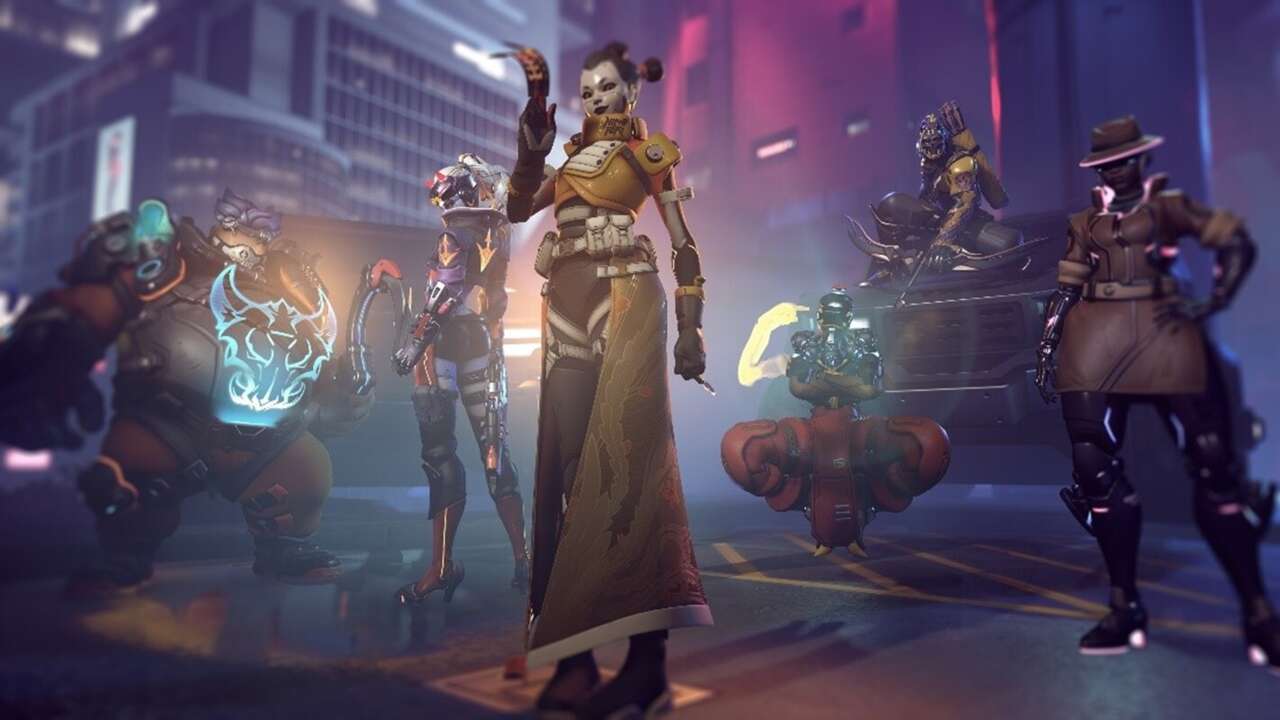 After three years of turbulent development and murky promises, Overwatch 2 finally came out this week as an early access-style release. However, while many are excited to get their hands on the follow-up to one of the most beloved games of the 2010s, one particular aspect of it is drawing fire from the game’s fans: the decision to lock many of the original game’s heroes behind a match limit for new players.

Players who haven’t played Overwatch 1 will be required to notch 100 matches in order to select all of the first game’s heroes, from Ana to Zenyatta. According to Blizzard, this is all part of the studio’s “First Time User Experience” plan, which also involves locking basic features like in-game chat and competitive matches to new users until they complete certain milestones, such as winning a certain number of games. However, while I understand the resistance to this move, I ultimately think it’s a reasonable one–if not an outright positive for the game.

In theory, I can understand why veteran players are annoyed by this lockdown. The original crop of heroes are cultural icons that extend far beyond the reach of multiplayer gaming–even if you haven’t ever played an Overwatch match, you probably know D.Va, Roadhog, and Tracer. Players coming to the series for the first time are likely excited to try out the likes of Genji and Hanzo for the first time. And especially considering that Blizzard decided to permanently shutter Overwatch 1 prior to this release, this is the only way you can play those fun kits anymore–it’s not like you can go back to the old game for a nostalgic thrill.

However, though I don’t begrudge fans for their honest reactions, I think the logic behind these changes is mostly sound. For one thing, it seems like a bit of an imagined problem to me. The people who are most passionate about playing Overwatch 1 heroes are, obviously, the people who bought and played Overwatch 1–the exact group that isn’t affected by this move. If you’re a self-proclaimed Overwatch fan who’s mad about this, but you never actually bought the game, how much of a fan are you, really? As such, it can come across as concern trolling on the part of people who aren’t happy with the franchise’s new free-to-play approach.

For one thing, we should consider the fact that Overwatch 2 launched with 35 playable heroes, all with their own strengths, weaknesses, and little nuances that take players some time (sometimes dozens of hours) to master. Regardless of who you”main,” I think we can all agree that some heroes are more newbie-friendly than others–after all, Soldier 76 was designed exactly for that particular niche. An unrefined wall of 35 names is simply going to intimidate and confuse new players into picking someone at random based on aesthetics or role alone, which might lead to a negative first impression.

Considering this, it makes sense to lock away hard-to-master heroes like Genji and Sombra for newbies in favor of point-and-shoot alternatives like Soldier 76 and Moira. Ideally, the game would have short tutorials to introduce all these characters to new players, which would then slowly increase in complexity as your hour-count balloons. But then again, given that Overwatch 2 is launching in an obviously unfinished state–even down to the incomplete character redesigns–that’s maybe a little too much to ask.

Game balance aside, there’s a more sinister issue to address by locking these sort of features behind playtime–the ever-present specter of online griefing. Popular online shooters such as Overwatch, Valorant, and Apex Legends have become breeding grounds for toxicity, hacking, and outright harassment. We’ve already seen Blizzard take major steps to prevent this kind of behavior, including forcing Battle.net accounts to add phone numbers to play the game, as well as recording voice chat to root out gamer rage. Locking these features behind hours of play will ostensibly help prevent “smurfs” from practicing on inexperienced players, and raise the stakes for those users who find themselves on the bad end of the banhammer.

As a whole, I think the volcanic response to this design decision ultimately has more to do with Overwatch 2’s somewhat tenuous place in today’s gaming market than some hypothetical concern over new players missing out on D.Va’s awesome kit on day one. Let’s face it: In many ways, Overwatch was the game that brought loot box-based cosmetics to the mainstream. Now that the industry has abandoned that model in favor of free-to-play games with premium battle passes–and Overwatch itself has followed suit–there’s a real sense of unease about the whole project, and I’m not sure it’s going away anytime soon. Similarly, the lack of the much-anticipated PvE modes puts a damper on this supposed “sequel.”

We’ve known that Overwatch 2 will lock characters behind battle pass tiers for a few weeks now, but the community’s response to these changes still ranges from resigned acceptance to exasperation–and perhaps worse at times. Given that the games industry has all but abandoned the loot box model entirely, we can’t exactly be surprised that Blizzard would surrender to the battle pass behemoth once and for all.

Overall, I think that people are simply confused and anxious about Overwatch 2’s identity. Overwatch 1 was a one-in-a-lifetime game that captured lightning in a bottle and turned the heads of every gamer in the world in the process. With every change that Overwatch 2 brings, the game moves further and further away from the cultural hegemon status that it enjoyed in late 2016. If Overwatch 2 manages to regain its lost mojo and transfix the gaming world once again, it won’t be because of ticky-tack decisions like anti-smurfing initiatives–it’ll be because the game is just that damn good.

Denial of responsibility! TechiLive.in is an automatic aggregator around the global media. All the content are available free on Internet. We have just arranged it in one platform for educational purpose only. In each content, the hyperlink to the primary source is specified. All trademarks belong to their rightful owners, all materials to their authors. If you are the owner of the content and do not want us to publish your materials on our website, please contact us by email – [email protected]. The content will be deleted within 24 hours.
agmeupdatecharacterFineGames newsgamingGaming updateLockdownOverwatch
Share

FinMin allows airlines to avail up to Rs 1,500 crore loan under ECLGS