Notice: amp_is_available was called incorrectly. `amp_is_available()` (or `amp_is_request()`, formerly `is_amp_endpoint()`) was called too early and so it will not work properly. WordPress is currently doing the `pre_get_posts` hook. Calling this function before the `wp` action means it will not have access to `WP_Query` and the queried object to determine if it is an AMP response, thus neither the `amp_skip_post()` filter nor the AMP enabled toggle will be considered. It appears the theme with slug `publisher` is responsible; please contact the author. Please see Debugging in WordPress for more information. (This message was added in version 2.0.0.) in /home/runcloud/webapps/techilive/wp-includes/functions.php on line 5313
 The sound of empathy - TechiLive.in 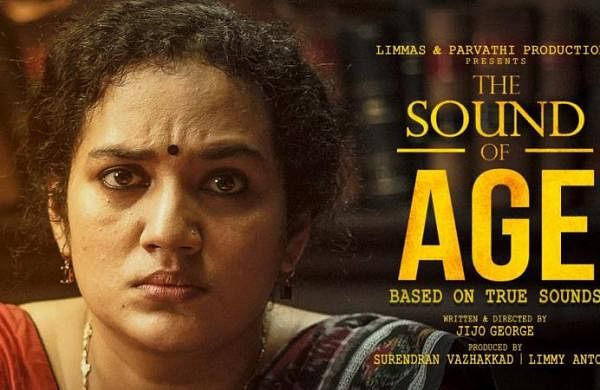 The sound of empathy

The stories of parents neglected by their children have been told numerous times before in cinema.

However, The Sound of Age, a poignant new short film by writer and filmmaker Jijo George, proves that one can still explore familiar territory by putting a fresh spin on it.

Released on two streaming platforms, Neestream and Roots, the 22-min film has veteran actor Kainakary Thankaraj playing a father abandoned by his children at a retirement home.

An aspect touched upon in the film is the Maintenance Tribunal Act of 2007, concerning the welfare of parents and senior citizens, which had caught Jijo’s attention while browsing through the newspaper two years ago.

“That’s when I came to know for the first time that abandoned parents also have a right—to live a life that they rightly deserve. I felt it’s a point worth discussing regardless of the familiarity of the story. When the communication with children doesn’t prove fruitful, there is an option to approach the issue legally,” says the filmmaker.

The act becomes a talking point after the father sends a complaint—more like a request—to the Maintenance Tribunal and Sub Divisional Magistrate court.

Muthumani plays the magistrate, who summons the children to inform them of the father’s rights and demands an answer concerning the future course of action. However, a heated argument ensues, not only with the magistrate but also each other, citing various excuses.

Meanwhile, in a brief background, we learn that the father brought them up single-handedly after the passing of his wife, that too with a meagre income earned from doing various odd jobs. Jins Bhaskar, Ranjith Manambarakkat, Roshna Ann Roy, Pranav Krishna, Swathi Puthanveettil, and Surendran Vazhakkad comprise the rest of the cast.

The Sound of Age ends with an unforeseen twist that tugs at your heartstrings. The climax’s impact is amplified by some little visual flourishes applied in the film’s earlier portions, like the heart-rending image of the father dejectedly dropping his bag as a car leaves or of senior citizens hopefully waiting for a phone call or a bell ring.

Interestingly, despite having the least number of dialogues—one dialogue and a voiceover, to be precise—the father remains a dominant presence throughout the film.

And unlike most short films made today, much attention has been paid to the production value. Jijo has worked as an assistant director on the Indrajith Sukumaran-starrer Aaha and Sunny Wayne-starrer Pidikittapulli, both awaiting release.

Given this experience, he shot Sound of Age as he would a full-length feature film. Naveen Sreeram shot it while Premsai edited it. Sanal Vasudev rendered the music.

“We shot on a set, added artificial rain, and brought in extras… I was very particular about these things. Rain was used here as another character,” shares Jijo, who didn’t want his work to look like another run-of-the-mill short film. “Since we were addressing a serious subject, I wanted a treatment that did justice to it.”

Denial of responsibility! TechiLive.in is an automatic aggregator around the global media. All the content are available free on Internet. We have just arranged it in one platform for educational purpose only. In each content, the hyperlink to the primary source is specified. All trademarks belong to their rightful owners, all materials to their authors. If you are the owner of the content and do not want us to publish your materials on our website, please contact us by email – admin@techilive.in. The content will be deleted within 24 hours.
Loading...
Empathyentertainment newsEntertainment updatenews updateSoundtechi liveThe Sound of Age
0
Share

Clarivate Acquiring ProQuest for $5.3B | Inside Higher Ed

Inflammatory Bowel Disease on the Rise in Older Adults