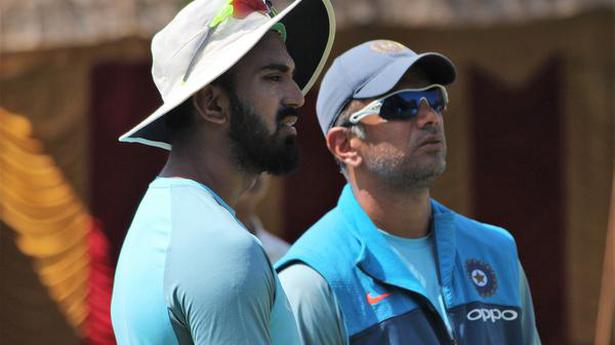 The two Rahuls and the regrouping of the golden era

In 2004, Rahul Dravid was leading India in a Test match in Multan, Pakistan, when he declared the innings with Sachin Tendulkar not out on 194. It caused an uproar in India. No one had treated the game as being greater than the individual in this country. And Tendulkar! How could Dravid? Tendulkar himself stoked the controversy by admitting he had felt let down. The players cleared the air between them, but fans never got over it.

Dravid, however, was clear in his mind. It was a decision based on cricketing logic. India needed to bowl a few overs before close of play to push for victory, and Tendulkar, who had slowed down post-tea, in the words of the then Indian coach John Wright, “needed to move on.”

What was best for the team was not ideal for the individual. In the end India won by an innings, and both the players and the country were given a lesson in putting the team ahead of the individual. It was, as Wright wrote, confirmation of Dravid’s “steeliness and serenity,” as the captain handled the response both from his teammate and fans back home with dignity.

In welcoming Dravid as the national cricket coach, India’s T20 vice captain K.L. Rahul has made an interesting statement. “He (Dravid) has always been a team man when he was playing, and that’s the kind of culture he wants to bring in here as well, where everyone’s putting the team ahead of personal goals.”

This is true, but there is a suggestion here that putting the team ahead of the individual is not an Indian tradition. And that’s true too. When K.L. Rahul said during an acrimonious Test in England recently, “If you go after one of our guys, all eleven of us will come right back,” it was a powerful message. No Indian player of the past would have articulated this. It was not the Indian way.

Great players need to be selfish to succeed, eliminating everything that might interfere with giving their best. This is a sporting cliché. Usually when the individual succeeds, the team does well. But such selfishness can be counter-productive too when it gets in the way. There is thus positive selfishness which is good for the team, and negative selfishness which isn’t. An example of the latter is the quest for individual records.

Top players trained to succeed at the highest level sometimes find it difficult to switch from the positive to the negative, especially as fans have often placed individual accomplishments above team performances, and thus perpetuated the system.

Some of India’s greatest players extended their careers simply in order to go past a world record or create one that hadn’t seem possible or necessary till they did so. Kapil Dev, closing in on Richard Hadlee’s then world record aggregate of wickets was carried by the team till he went past it. Tendulkar’s pursuit of his 100th international century ended in individual success when he reached the figure in an ODI, but India lost that match to Bangladesh.

A more worrying interpretation of K.L. Rahul’s statement is that the culture of negative selfishness continues in the Indian team, and it will take someone like Dravid to get rid of it. Perhaps I am reading too much into it. But it’s a thought worth keeping in mind. Modern sport is intensely competitive, and in cricket the individual needs to overcome not only eleven members of the opposition, but often some members of his own team as well. This is not being cynical, merely practical.

The re-grouping of the golden era of Indian cricket (otherwise, the Tendulkar era) is a matter of importance too. Dravid and V.V.S. Laxman both retired within weeks of each other after a nightmarish final tour of Australia in 2012. When the stars retired, they were, like all sportsmen, still very young, and still had much to contribute to the game.

Within a few years, they had begun to play at the national level — in different but significant roles this time. With the announcement of Laxman as the head of the National Cricket Academy (to take over from Dravid who did a commendable job there), their influence on the game continues.

Of that great middle order, Sourav Ganguly is the president of the Board of Control for Cricket in India while down the order Anil Kumble has already served as national coach, and along with Javagal Srinath, held office at the Karnataka State Cricket Association. The transition for these gifted, intelligent players has been remarkably smooth, and in hindsight appears inevitable.

Denial of responsibility! TechiLive.in is an automatic aggregator around the global media. All the content are available free on Internet. We have just arranged it in one platform for educational purpose only. In each content, the hyperlink to the primary source is specified. All trademarks belong to their rightful owners, all materials to their authors. If you are the owner of the content and do not want us to publish your materials on our website, please contact us by email – [email protected]. The content will be deleted within 24 hours.
EraGoldenIndian cricket teamkl rahulnews updaterahul dravidRahulsregrouping
Share

Diabetes Pen Market is Contemplated to Grow at a CAGR of 4.72% and is Predicted to Reach USD 30.33 Billion by 2026, Analyzes DelveInsight