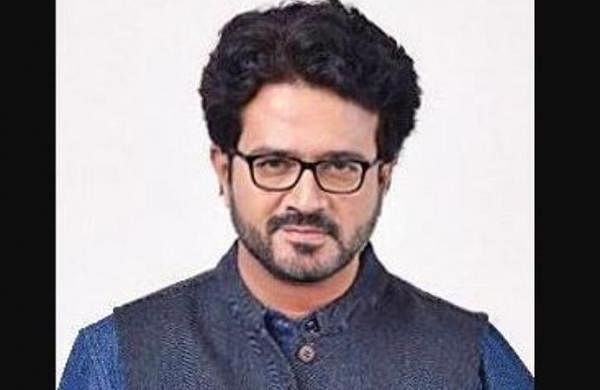 The urge to write a story is crazy: Akash Verma

Gurgaon-based Akash Verma has published his sixth book titled, Only the Good Die Young; a psychological suspense which is a sequel to You Never Know. As the co-founder of chokore.com, a fashion start-up centered around Indian designs, his work has taken him across India; the collective experience of which he attributes in giving shape to his stories. The author practices Buddhism and loves indulging in history, cinema and music. Excerpts:

In the introductory note, you mention, ‘When you’re desperate to leave the past behind, the past is eager to catch up on you…’ what is the story like?
Dhruv and Anuradha, the two main characters in the book, ended their affair after Dhruv chose his family over her. But their paths cross again, and with that their dreadful past, which is hell bent on destroying their lives. People they know start ending up dead. Can Dhruv and Anuradha save themselves? The answers can be found in this thriller.

How did the title, Only the Good Die Young, come about?

The saying goes, ‘Only the Good Die Young’, but in this story the young psychopath antagonist who Dhruv and Anuradha thought was dead, is back to take revenge and create havoc in their lives. While the story starts with this, it ends with a premise that is absolutely opposite. I can’t reveal it here as it would take away a big chunk of the suspense. The title is the brainchild of my publishing editor at Penguin Random House, Vaishali Mathur, who thought that it is catchy too and would have a superb recall with the readers. And man she was right!

As you mention, your parents are award-winning Hindi writers, could you tell us more about them and life at home?
My house has been a hub of literati as my parents are eminent Hindi writers. I have grown up seeing and interacting with eminent Hindi poets and writers such as Shrilal Shukla, Kunwar Narayan, Vishnu Khare, Kedarnath Singh, to name a few. My father Ravindra Verma, is a Hindi fiction writer and poet and has many books to his credit, while my mother Sheela Rohekar, is a Jewish Indian, Hindi fiction writer whose stories on Indian Jews have received International acclaim. The biggest space in my house since childhood was taken up by books so that familiarity with literature and writing has stayed. Maybe my writing has got to do something with my genes too.

What led your interest in psychological thrillers?
I started by writing romantic thrillers and romance, but gradually discovered that what I loved most was delving into the human psyche of the characters and exposing them threadbare. It was a dangerous line to tread because then the darkness of the character comes out and it can no longer remain ‘white’ as all of us are ‘grey’ in that sense. Add thrill, mystery and suspense to it, and it becomes a heady concoction that is racy, intriguing and dark. I loved it.

Please comment on life as a writer in the pandemic.
Initially I was a bit overwhelmed with the pandemic like everyone else, but soon I gathered myself and completed a new manuscript. My creative process lasts for six months. It takes about 8-10 weeks where I marinate the idea in my head, do my research, develop the story and the characters, travel and spend some time in the place where my story is set, write a lot of notes, before I start writing.  After that I finish the first draft in about 10 weeks and then I send it to my first editor and from there it takes 4-6 weeks. So my start to finish process is about six months from the time I have an idea in my head, I write every day once my ‘marination process’ is complete. The urge to write a story down is just crazy. 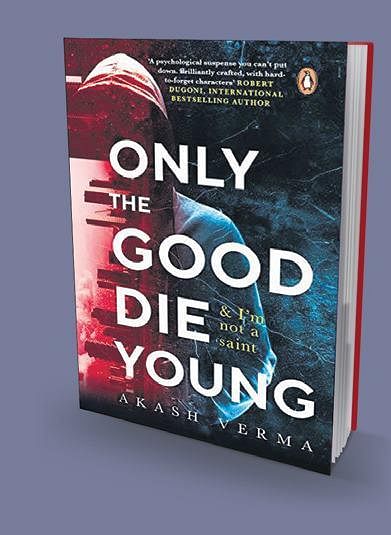 How do you balance a fashion start-up with writing?
I believe that you eventually  take out time for things you love. Look at career women. They have equally crazy schedules and yet they can juggle a million things. So for me writing, reading books, playing music are a few things I love. I have actually little problem in taking out time for all of them. That’s no rocket science for me at least.

Six books down the line, how do you see your growth as a writer?
Tremendous. Just as in sports. The more you practice, the better you become. As a writer, I have grown in my storytelling abilities, plotting, character development, pacing stories and writing a great climax. I feel most satisfied with my enhanced editing skills now. I use less words to write a compelling story, which gives you a lot of confidence and works great with the readers. Simple, succinct and hard hitting writing is something I absolutely love. Which is why my favorite thriller writer is the superman Stephen King, who is a master of this mantra.

You also follow Buddhism as a way of life. What has the practice offered you?
For me, Nichiren Buddhism is a way of life. It made me look beyond myself and change a few things within that I particularly did not like. It is an empowering philosophy, which helps you deal with your problems head on and while you do so, your inner-core keeps strengthening without you even realising it. It is a philosophy where you respect the person in front of you and also care for his/her happiness besides yours. I try to follow it 24×7.

Denial of responsibility! TechiLive.in is an automatic aggregator around the global media. All the content are available free on Internet. We have just arranged it in one platform for educational purpose only. In each content, the hyperlink to the primary source is specified. All trademarks belong to their rightful owners, all materials to their authors. If you are the owner of the content and do not want us to publish your materials on our website, please contact us by email – admin@techilive.in. The content will be deleted within 24 hours.
Akash VermacrazyAkashlifestyle newslifestyle updatenews updateOnly the Good Die Youngstorytechi live
0
Share