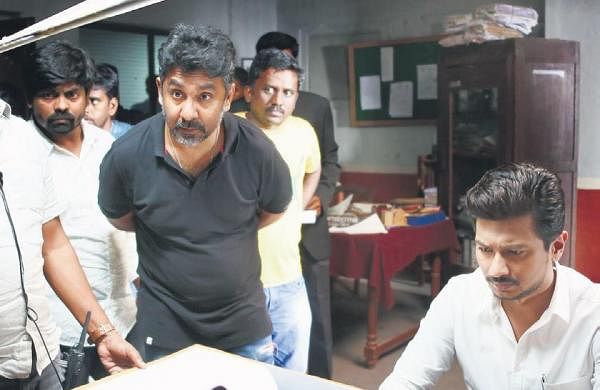 There is a dearth of realistic stories in our cinema: Kannan Sundaram

When did you realise cinema was your calling?
I’ve always liked films but didn’t fancy becoming a filmmaker. My brother was working as an associate with director Naga sir, and through him, I began working for soaps like Rudraveenai and Sivamayam. I grew a passion for feature films while working there. I got acquainted with Vasanth sir, as he was producing a serial at the time. He liked my work and invited me to join him in Satham Podathey.

What have you learned from your directors?
From Vasanth sir, I learned how it is quite all right to opt for multiple takes, until your desired output is achieved. He would zero in on the mood and tone of each scene and would demand that it get translated onto screen. Despite shooting Moondru Per Moondru Kadal on film, he went for as many as 43 takes for a scene. He wouldn’t mind that the other scenes slotted for the day might get delayed. He is a perfectionist. Director Ahmed sir is clear about what he wants and goes about drawing that from artistes in a calm and composed manner. He never expects his assistants to help him with personal chores and doesn’t even like us standing up for him when he enters the office. For Manithan, we planned to shoot for 55 days and wrapped the whole film up in only 48 days.

What’s the oddest or most memorable thing you have seen or done as an AD?
During the first schedule of Jana Gana Mana, we shot an army sequence in Ooty’s cantonment, just a couple of days before Republic Day. A day before that, we had shot at a hotel and for the next day’s shoot, we had to bring a prop army jeep and a few extras, who were playing the soldiers, to the cantonment. Instead of coming into the cantonment in regular clothes, one of the extras came in uniform. The prop army jeep was brought alongside as well. They were stopped under suspicion, and when the officials checked the jeep, they found the fake guns we had brought for the shooting. They didn’t buy it and filed a case against us and seized the vehicle too. Eventually, we wriggled out of the problem.

What’s one area of filmmaking you had a tough time with, but are better at now?
CG was tough to understand in the beginning and I was able to get an understanding of that in Dev which
involved a considerable amount of graphics. That skill is now coming in handy for Jana Gana Mana.

What is your take on presentday cinema?
I wouldn’t say that the Tamil film industry is in a healthy state. Directors like Karthik Subbaraj brought in a new wave of cinema, but we are still miles away from what other film industries have achieved and are achieving. For example, a film like Joji is made in Malayalam, even though the storyline is thin. They spend much time fleshing out the characters, and then, when a conflict is brought in, the film becomes a wholesome product. We keep hearing that the Tamil audience won’t like it, but aren’t we the same people enjoying those films? We haven’t even been able to do a good remake of a Malayalam film.

What’s a change you wish to see in Tamil cinema?
We should have the right mix of commercial elements and heart. There’s a dearth of realistic stories in Tamil cinema as well. It’s been a while since we saw a film that talks about the lives of real characters.

Who would be the dream cast and/or crew for your debut project?
I have worked with Aishwarya Rajesh in Manithan, and I feel she would be perfect for my script.

In conversation with KANNAN SUNDARAM

Denial of responsibility! TechiLive.in is an automatic aggregator around the global media. All the content are available free on Internet. We have just arranged it in one platform for educational purpose only. In each content, the hyperlink to the primary source is specified. All trademarks belong to their rightful owners, all materials to their authors. If you are the owner of the content and do not want us to publish your materials on our website, please contact us by email – [email protected]. The content will be deleted within 24 hours.
Cinemadearthentertainment newsEntertainment updateKannanKannan Sundaramnews updateRealistic
Share

COVID’s impact on pregnancy, birth trends: Study at one hospital suggests the pandemic initially slowed down conception rates, but a baby boom may be coming soon

Discounts, banking and budgeting: managing your finances at…