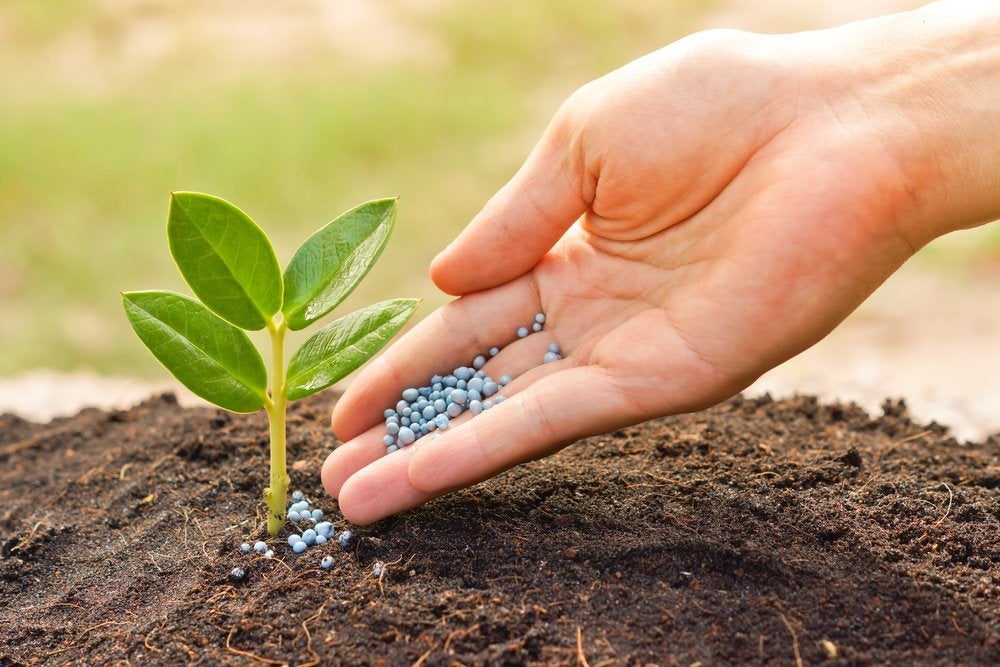 With prices for fertilizer and agricultural chemicals on the rise for the better part of a year, companies such as Mosaic (NYSE: MOS), CF Industries (NYSE: CF) and Nutrien (NYSE: NTR) are showing outstanding sales and earnings growth.

Because the inputs are always affecting producer prices, earnings can be erratic for these agricultural companies. However, analysts expect strong growth from many names in this industry for the coming year.

Mosaic is a Tampa, Florida-based manufacturer of phosphate fertilizers, feed phosphate and potash fertilizers sold around the world. It has a market capitalization of $15.48 billion. It’s been part of the S&P 500 since 2011.

Being a major index component can help stabilize a stock’s price as mutual funds and ETFs must maintain a level of shares to match the index weighting.

Mosaic is estimated to report earnings sometime around February 16, or possibly sooner. The consensus estimate calls for earnings of $1.98 per share on revenue of  $3.62 billion. If met, those would mark year-over-year gains on the top-and-bottom lines.

The company’s revenue growth has accelerated over the past three quarters, while earnings have grown at triple-digit rates in the past five quarters, inclusive of two quarters with a comparison against prior-year losses.

Mosaic is currently forming a third-stage cup-shaped base. A third-stage base can mean a rally is a bit long in the tooth. In fact, Mosaic rallied 76% in the past year, so it may be due for a base re-set. Earnings could be a catalyst for a pullback, even if the company beats views handily.

CF Industries is an Illinois company that manufactures nitrogen fertilizers. The stock rallied to a new high on December 28 and has pulled back to successfully test its 10-day moving average.

It formed an ascending base throughout late 2020 and early 2021, then pulled into a cup in May of last year. The low of that cup pattern undercut the previous structure low, which led to a base-count re-set.

I personally like to see that happen in a stock following a healthy rally. It can flush out some of the excess, and offers an opportunity for investors to enter a position or add shares at a lower valuation. When that happens, it often signals the beginning of a fresh runup.

Earnings estimates are strong, which is what initially caught my attention on a profitability screen. Analysts expect earnings to grow a whopping 302% for 2021, and another 93% this year. The company should report fourth-quarter and full-year 2021 results sometime in early February.

Nutrien is a Canadian company that makes potash, nitrogen and phosphate fertilizer products. This company also got my eye with estimates for a triple-digit earnings increase when it reports 2021, and for an additional 41% gain this year.

However, shares were down 5.52% in afternoon trade Tuesday, on news that CEO Mayo Schmidt stepped down after just eight months on the job. He’s replaced by Ken Seitz, head of the company’s potash business, who will serve as interim CEO.

A company spokesperson told Reuters that the executive shuffle would not affect the company’s strategies.

Tuesday’s pullback stopped just short of the stock’s 50-day moving average, a possible signal that investors aren’t scrambling for the exits just yet, but waiting to see how developments play out.

If demand for the company’s products remains high and the Nutrien can continue delivering strong sales and earnings results, there’s no reason to think the rally won’t resume.

Denial of responsibility! TechiLive.in is an automatic aggregator around the global media. All the content are available free on Internet. We have just arranged it in one platform for educational purpose only. In each content, the hyperlink to the primary source is specified. All trademarks belong to their rightful owners, all materials to their authors. If you are the owner of the content and do not want us to publish your materials on our website, please contact us by email – [email protected]. The content will be deleted within 24 hours.
business newsBusiness updateearningsFertilizerfinancegrowthnews updatepoised
Share

How Has Omicron Affected Your School and Community?