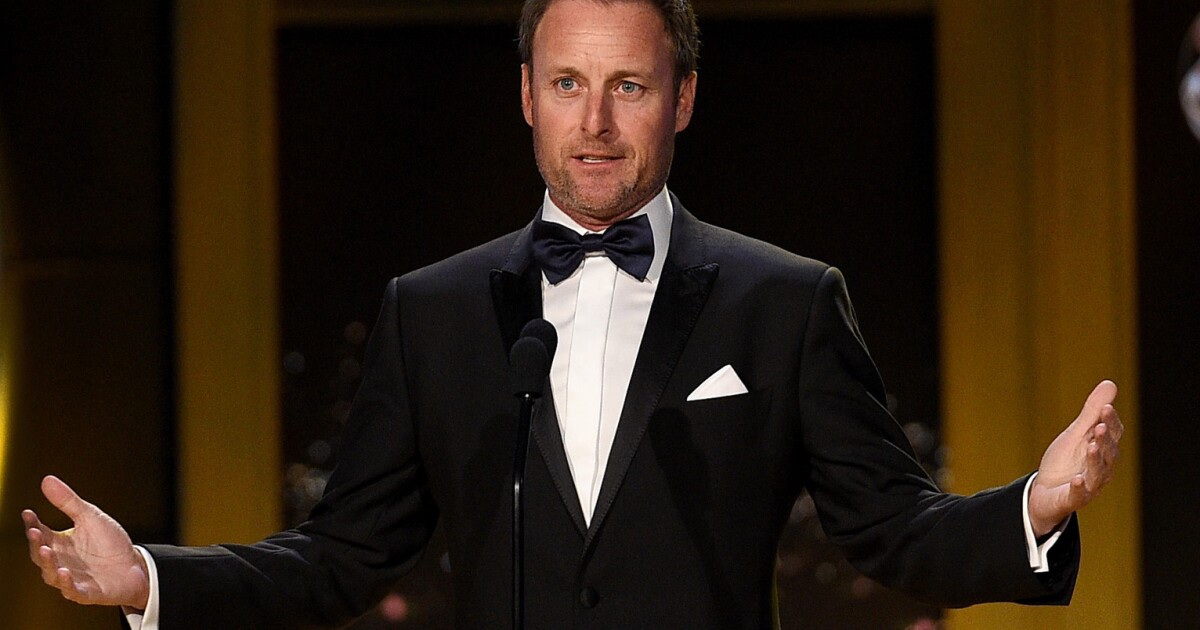 Myah Genung was not particularly surprised when the news broke early Tuesday that Chris Harrison, the longtime host of “The Bachelor,” would be leaving the hit ABC reality show.

Rumors about Harrison’s future had been circulating for days among the Bachelor Nation fan base. Genung, who has been a fan of “The Bachelor” since its debut in 2002, was upbeat when she heard about Harrison’s departure, saying the move represents a positive step for the troubled franchise.

“This is a unique opportunity for the show to shift and rebrand itself and be less racist,” said Genung, who started watching “The Bachelor” as a teenager and is part of a Facebook group dedicated to the franchise. “It depends a lot on what happens moving forward. But this is a positive sign.”

Harrison is leaving the franchise several months after coming under fire for making racially insensitive comments during a Feb. 9 interview on “Extra” with former “Bachelorette” Rachel Lindsay. Although Harrison apologized for the remarks and stepped aside for the season finale, the furor surrounding his statements never subsided.

“This is great news,” said Justine Kay, who cohosts the “Bachelor”-themed podcast “2 Black Girls, 1 Rose” with best friend Natasha Scott. “Here is a white man, a millionaire, that had a job that was extremely easy for 19 years and was fired for saying racist things. He didn’t have a hood in the closet. He didn’t upload any crazy pictures on Instagram. He didn’t do anything crazy besides saying what he really feels.”

The departure comes nearly three months after the conclusion of the latest season of “The Bachelor,” which featured its first Black lead, Matt James. The season was supposed to represent a reversal of the franchise’s problematic history with race, including its reluctance to cast Black men as leads. Instead, James’ season ended up becoming the most tumultuous in the history of the franchise, clouded by controversy and negativity.

Much of the controversy centered around Harrison’s defense of contestant Rachael Kirkconnell. During the season, James fell for Kirkconnell, unaware that she had been photographed at an antebellum South-themed party in 2018 and that she had “liked” racially insensitive social media posts.

In the “Extra” interview, Lindsay questioned Harrison about Kirkconnell’s delay in addressing the situation. Harrison stood up for her, saying, “This judge-jury-executioner thing is tearing this girl’s life apart.”

He also suggested that attending a party celebrating the South’s racist, slave-owning past wasn’t defined as socially unacceptable when Kirkconnell was photographed three years ago. When pressed on Kirkconnell’s silence, Harrison shot back, “When is the time? And who is Rachel Lindsay and who is Chris Harrison and who is whatever woke police is out there? … Who the hell are you? Who are you that you demand this?”

After months of silence about Harrison, ABC and Warner Horizon, which produces the show, released a terse joint statement on Tuesday: “Chris Harrison is stepping aside as host of ‘The Bachelor’ franchise. We are thankful for his many contributions over the past 20 years and wish him all the best on his new journey.”

Harrison sent out his own statement on Instagram: “I’ve had a truly incredible run as host of The Bachelor franchise and now I’m excited to start a new chapter. I’m so grateful to Bachelor Nation for all of the memories we’ve made together. While my two-decade journey is wrapping up, the friendships I’ve made will last a lifetime.”

Media critic and author Jennifer Pozner, who has studied the franchise, said that the forces behind the series likely felt pressure to take action due to protests against police brutality and the reignited Black Lives Matter movement that followed the killing of George Floyd last year.

“This is a new moment in time when there is sustained public push for accountability from media companies around racial discrimination and racist representation,” said Pozner, author of “Reality Bites Back: The Troubling Truth About Guilty Pleasure TV.” “I assume that ABC, [‘Bachelor’ creator] Mike Fleiss and ‘The Bachelor’ franchise thought that no one would care that much about racism in the franchise a year later. But that hasn’t happened.”

Ashley Tabron, a high school teacher in North Carolina who started watching the show in 2017 when Lindsay made history as the first Black “Bachelorette,” said, “What Chris said was indefensible. ABC had to cut ties with him if they wanted to move forward. That type of behavior just can’t be tolerated.”

Brett Vergara, who hosts the “Bachelor”-themed podcast “Baby Got Bach,” added, “It started to feel like Chris was not the right person to be at the helm of this franchise if they want to move in a more inclusive direction.”

Celebration over the move was tempered by reports that Harrison received an eight-figure payout as part of his severance.

Podcaster Kay said, “That is deeply disturbing. It shows that ‘cancel culture’ is being used as a weapon by white conservatives in this country, and never against them. ‘Cancel culture’ for white people does not exist.”

Others felt that Harrison was only the beginning of the problems facing the franchise when it comes to race.

Media critic Pozner repeated her conclusion that racism has been baked into the DNA of the franchise since its premiere: “Removing Chris Harrison does very little to solve ‘The Bachelor’ racism problem.” Maintaining that Fleiss is at the core of the show’s problems, she compared Harrison to a maître d’ at a restaurant where the real problem is the chef in the kitchen.

Podcaster Vergara echoed Pozner’s concerns: “This franchise has a lot more problems than Chris Harrison. Hopefully this frees up space for there to be a BIPOC executive producer.”

Still, Kay said she was encouraged by Monday’s episode of “The Bachelorette,” which featured former “Bachelorettes” Tayshia Adams and Kaitlyn Bristowe stepping in for Harrison. The duo functioned mainly as support and encouragement for “Bachelorette” Katie Thurston.

“Those two really added a fun element,” Kay said. “It changed the dynamic. It was really refreshing.”

Adams and Bristowe also were praised by Vergara. “It brought a younger feel. Those two have been through this before. They’ve literally been in Katie’s shoes, and it made the show feel more personal.”

He added that this season of “The Bachelorette” “shows a commitment to trying to move in the right direction. Whether it really goes in that direction we still have to wait and see.”

Denial of responsibility! TechiLive.in is an automatic aggregator around the global media. All the content are available free on Internet. We have just arranged it in one platform for educational purpose only. In each content, the hyperlink to the primary source is specified. All trademarks belong to their rightful owners, all materials to their authors. If you are the owner of the content and do not want us to publish your materials on our website, please contact us by email – admin@techilive.in. The content will be deleted within 24 hours.
BachelorChrisentertainment newsEntertainment updateExitfansgreatHarrisons
0
Share

LSAT 2021 result to be released by third week of June, check details – Times of India