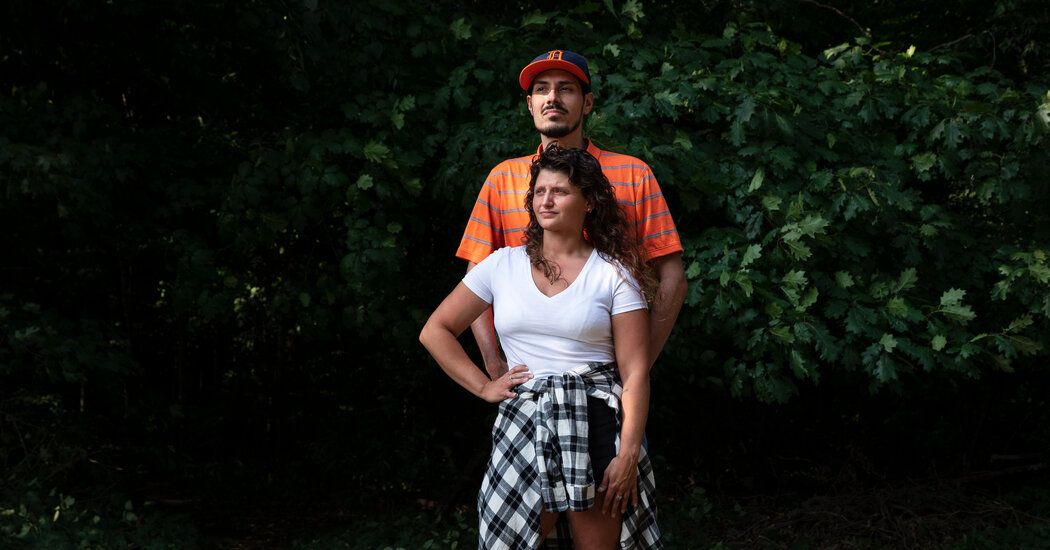 They Tried to Beat DiMaggio. Like Everyone Else, They Failed.

Roberto Aguirre-Hunn Jr., a chef in East Lansing, Mich. was just six picks away from assembling a virtual hitting streak that would have netted him $5.6 million in 2019. But he chose D.J. LeMahieu to extend his streak to 52, and LeMahieu went 0 for 4, leaving Aguirre-Hunn in tears.

In 2008, Bob Paradise, a retired carpenter in Massachusetts, built a streak to 48 games and hoped to extend it with Ichiro Suzuki against Detroit. But in Suzuki’s final plate appearance after going hitless in three at-bats, he took a fastball in his back, and Paradise felt like he took a punch in the gut.

Michael Karatzia, a FedEx operations manager from Red Bank, N.J., crafted a streak of 49 games in 2007, but then he picked Placido Polanco against the Athletics. In a game with 23 combined hits, Polanco couldn’t produce even one, and Karatzia went down with him.

They all have stories like that. Everyone who has played Beat The Streak, a popular niche fantasy game run by Major League Baseball that offers a $5.6 million prize to anyone who can assemble a string of players to beat Joe DiMaggio’s record 56-game hitting streak, has eventually lost. It costs nothing to enter, except some aggravation and a sobering lesson in how remarkable DiMaggio’s feat really was back in 1941.

“I was so close,” Aguirre-Hunn recalled of his 51-game streak, “and I couldn’t do anything but cry about it. It just goes to show how hard it is.”

Hard is an understatement. Impossible might be more accurate, considering that since the inception of Beat The Streak in 2001, more than 4.5 million unique players have accounted for over 100 million streaks of various lengths, and no one has caught or passed Joltin’ Joe. Two people have matched Aguirre-Hunn’s game-record of 51, but no one has passed it.

“Getting a 56-game streak is incredible,” said Anette Hosoi, a professor of applied mathematics and data analysis at M.I.T. “The odds of that are really astronomically small.”

It is possible, and even probable, she said, that someone will win the game one day, as long as people keep playing it enough. But would you keep playing a game that no one has won in its 20-year existence? At least someone eventually wins Power Ball. Beat The Streak, on the other hand, appears to be a more vexing challenge, requiring stamina and knowledge rather than simply luck. But it also offers more intrigue and fun than picking a string of random numbers.

Contestants can choose up to two players on any given day and if those players get a hit, the streak continues. One day you might click on Shohei Ohtani against the Red Sox, and the next day it’s Pete Alonso against the Reds. Or you might pick Vladimir Guerrero, Jr. and Tim Anderson on the same day. As long as they get hits, the streak stays alive. Get a streak of 57 together and you win.

Gregg Klayman, a senior vice president at M.L.B., invented the game soon after he began working there in 2000. At first the prize was $100,000. A few years later the league upped it to $1 million and in 2011 it went to $5.6 million, a nod to DiMaggio’s magnificent streak. As with many such games, an insurance company stands ready to make the ultimate payoff — if it ever happens.

“I would have thought someone would win in the first 10 years,” Klayman said. “I’m still surprised no one has.”

The game made its debut on April 2, 2001, the same day as the first games for Suzuki and Albert Pujols, the players who have been picked more than anyone else over the years. It took three years for someone to reach a streak of 40 games, so Klayman and his colleagues adjusted the rules to make it easier. Now players can make two picks in a day and beat the streak in as few as 29 days. Contestants can also take a mulligan now and keep their streak alive after one hitless day.

Klayman gladly offers strategic hints. The best method, backed by Hosoi’s calculations, is to pick a good leadoff hitter on the road with a high batting average and a low on-base percentage (contrary to current-day analytics, walks are a negative in Beat The Streak). A visiting batter is preferable because if the home team is winning, it won’t bat in the ninth inning so there are fewer opportunities to get a hit.

That cost Aguirre-Hunn in 2019. LeMahieu was the Yankees’ leadoff batter that day, but Brett Gardner made the last out in the bottom of the eighth with LeMahieu on deck. Making it even more painful was that Aguirre-Hunn, 34, had changed his strategy once he got to 50. Until then, and with the help of his girlfriend, Angela Sanzica, Aguirre-Hunn had gone mostly with his gut, like an old-school manager picking players he just felt good about.

Then after he reached 49 he started overanalyzing, scanning statistical data and hunting for good matchups. On the fateful day his gut told him to pick Whit Merrifield, who always seemed to get a hit against the Tigers, who happen to be Aguirre-Hunn’s favorite team. But the charts and readouts pointed to LeMahieu. Whitfield, of course, got a hit that day.

“I really believe if I stuck with my gut, I would have made 57,” Aguirre-Hunn said. “I learned a hard lesson.”

Klayman, the game’s godfather, has seen dozens of streaks fall like that. Even though his responsibilities lie more in product and content strategy these days, he keeps a paternal eye on Beat The Streak. Once someone gets to 38 (about two-thirds of the way), he pays closer attention. If they reach 45, Klayman watches every at-bat of that day’s picks. Entering Saturday’s games, the current leader, who uses the handle sameOldG, was up to 38.

But something has always derailed even the most carefully constructed streaks. Like the fellow who got to 51 games and then chose Ezequiel Carrera, who was having a good first six weeks of the season, but proved to be a .262 hitter in his short career. DiMaggio’s career mark was .325.

“Your life is on the line and you go with Ezequiel Carrera,” Klayman said. “It’s an odd choice.”

Klayman, 46, is a self-described baseball geek who grew up in the Bronx playing Strat-O-Matic and fantasy baseball by mail. He originally calculated the odds of beating the streak at 2.04 million to 1 based on a sensible formula he concocted.

But Hosoi, the M.I.T. professor, says the odds can vary dramatically depending upon a few key factors, most notably the number of at-bats. She determined that assuming everyone picks a .300 hitter every day and those hitters all had four at-bats, a streak of 57 games should be reached approximately once every 4.3 million attempts by everyone combined.

But four at-bats in a baseball game are hard to guarantee because of walks, hit batsmen, substitutions and injuries. If the number of at-bats is reduced to three, then the figure soars to approximately one winner every 17 billion combined attempts.

Hosoi also calculated that with 3.5 at-bats for a .300 hitter, it should take about 31 million attempts to reach a streak of 51, which is generally consistent with the numbers thus far (a little over 100 million attempts). Based on that, she wonders if it might take another 20 years to get a winner.

And maybe .300 isn’t even good enough. DiMaggio batted .408 during his streak and walked in only 8.5 percent of his plate appearances, a notch below his career rate of about 10 percent. Today’s players are encouraged to walk. Add infield shifts to the mix, and relievers who throw 100 miles per hour in the latter few innings, and it is hard for everyone to get a hit these days.

“You are far better off taking someone with a lower batting average who won’t get walked,” Hosoi said.

Or hit by a pitch. Paradise, the retired carpenter who chose Suzuki in 2008, was riding a wave of momentum when he cracked 40. People began reaching out with offers of support and even marriage. Then Ichiro got hit by Kenny Rogers in the 8th, one inning after the Mariners had hit Curtis Granderson with a pitch. Paradise may have been the victim of baseball’s unwritten rules of retaliation.

“That was the cruelest fate of all time,” Klayman said.

Now retired and living outside of Bradenton, Fla., Paradise was at a friend’s July 4 cookout in central Massachusetts that day, and said the air went out of the whole party.

“It was a great experience, though,” he said. “Other than marrying my wife, it was the best thing that ever happened to me.”

The year before, Karatzia was up to 49 — just eight picks away from glory — when he lost. He had a good system, too, alternating a group of 10 hot hitters.

“Then Placido Polanco screwed me,” he said. “But it wasn’t a total loss. I won five grand and went to Atlantic City.”

The person with the longest streak at the end of the year wins a prize, originally $5,000, and now $10,000, which is what Aguirre-Hunn took home in 2019. But he was a nervous wreck for most of his streak. After reaching 20, he would choose four candidates and ask Sanzica, who says she knows virtually nothing about sports, to pick two of them. The system hummed along for about 10 days, but once they got to 40, Sanzica opted out.

“It was getting really tense and I couldn’t take the pressure anymore,” she said. “I didn’t want to be responsible if he lost it.”

Now Sanzica makes her own picks every day. Her highest streak this year is 15, but she still has a chance — as improbable as it may seem — just like DiMaggio did.

And if she or someone else does win, does the game just start up again? Is it over?

“We’ve never figured that out, what happens next,” Klayman said. “We probably should get on that.”

He might have another 20 years to ponder the question.

Denial of responsibility! TechiLive.in is an automatic aggregator around the global media. All the content are available free on Internet. We have just arranged it in one platform for educational purpose only. In each content, the hyperlink to the primary source is specified. All trademarks belong to their rightful owners, all materials to their authors. If you are the owner of the content and do not want us to publish your materials on our website, please contact us by email – [email protected]. The content will be deleted within 24 hours.
BeatDiMaggiofailednews updatesports newssports updatetechi live
Share