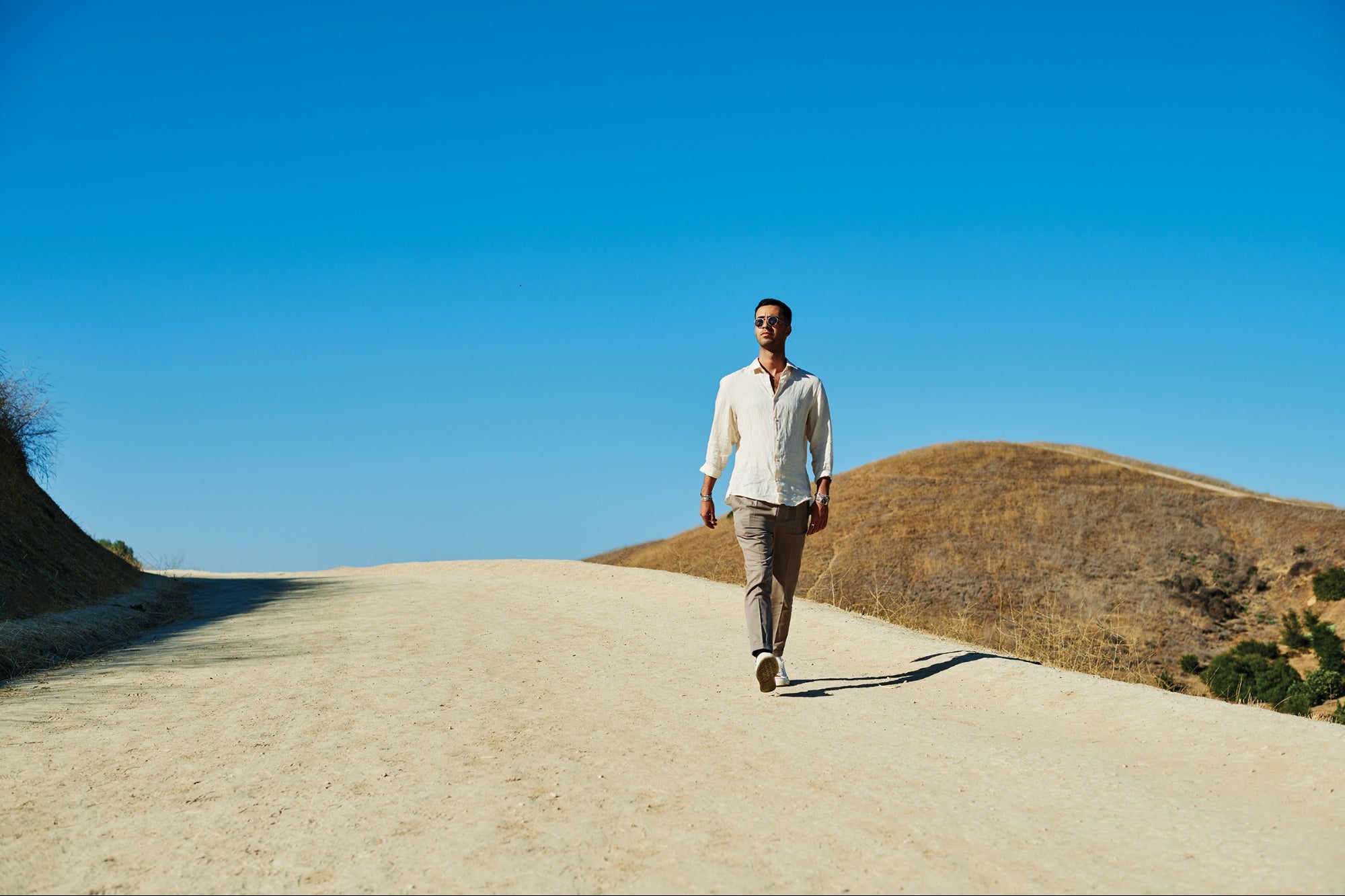 This 25-Year-Old Has 5 Restaurants, $6 Million in Revenue and a Simple Slogan: ‘Don’t Be a Dick’

This story appears in the
September 2021
issue of
Entrepreneur. Subscribe »

For François Reihani, one revelation changed everything: “I had, frankly, become a dick,” he says. “Like, I wasn’t being a good person.”

Reihani was only a teenager at the time, but once he saw himself clearly, he knew he had to make a change. “I really wanted to go back to my core and just work on myself,” the 25-year-old explains. So he took action —­ setting himself on a course for a new life in a new city, and ultimately building a company that stands by one simple slogan: “Don’t be a dick.”

Related: How These Teen Sisters Make $20 Million a Year

That company is La La Land Kind Cafe, a Dallas-based coffee café chain that hires teenagers and young adults as they exit the foster system. The café helps them develop skills they need to build careers rather than slip into addiction and homelessness. And yet, there is no mention of this in the cafés themselves. No signs. No pamphlets. “We just believe that when you do the right thing, magic happens,” Reihani says. That belief is paying off: La La Land Kind Cafe has opened five locations and already crossed $6 million in revenue.

In Reihani’s view, all this was made possible thanks to a characteristic that often gets a bad rap: impatience. “I’m a very impatient person,” Reihani says. When he sees a problem — whether it’s in himself or the world at large — he does not wait to solve it. “Before I die, I want to make sure I got full value out of life. The only way to actually achieve something great is by taking crazy risks.”

Where does this perspective come from? Reihani attributes it to his diverse upbringing. His parents were born in Iran, lived in France (hence naming their son François), and raised him in Mexico, where his dad ran a small clothing print shop. “It was a blessing for me,” he says, because he absorbed the Mexican culture’s love for family and neighbors. But at age 12, his family fled the violence of Mexico’s drug wars and settled in Los Angeles, where he absorbed a very different culture of money and entitlement. “I felt like everything was a competition,” he says, and so began his “dick” phase. By his senior year of college at University of Southern California, he’d had enough: Reihani transferred to Southern Methodist University in Dallas to be in an area with more Mexican culture.

One day in 2015, a friend from California visited him in Dallas and suggested they go out for poke, the bowls of raw fish that had become popular on the West Coast. Reihani was surprised to discover that the meal hadn’t made its way to Dallas yet, and that’s when his natural impatience kicked in. He was only 20 at the time, and had no experience in hospitality, but why wait to seize this opportunity?

Related: This Entrepreneur Teaches Millennials How to Quit Their Jobs and Start Their Lives

“I just started going as if it were actually going to happen,” he says. “I was looking for spaces to lease and making the business plan and putting together numbers before I actually had any sort of a deal. It wasn’t real, and I couldn’t fund it, but I acted like it was real.”

Reihani persuaded a friend’s parent to invest, then persuaded a landlord to lease him a property, and then persuaded a chef from the luxury sushi chain Nobu to join. (How? “Provide a vision and give a purpose to people that’s much greater than just being a part of a regular chain,” he says. “Because at the end of the day, what are you really doing with your life?”) Soon, Reihani was a legitimate restaurateur. His poke spot, Pok, quadrupled its estimates within its first year and drew a line of young people that snaked around the block. Shortly after, he revived a dying bar called Bar Stellar, and that was also a hit.

But that’s when his impatience kicked in again — and he came to terms with something many people fail to grasp until later in life. “I realized, There’s so much money coming in, but what am I doing?” he says. “Like, I’m just serving raw fish and collecting money. If I’m 90 years old and dying, what did I do?”

That’s when his sister’s friend told him about a local nonprofit where she volunteers to help foster youth. Reihani visited and learned that more than 50 percent of the homeless population had been in foster care. “I went home, and I was like, I’m never doing a restaurant again,” he says. “I’m going to start a nonprofit.” He launched an initiative called We Are One Project to, among other things, help this at-risk population get jobs — but a year later, data showed that the kids he supported weren’t keeping their jobs. He realized he needed to do more than find them jobs; he needed to teach them how to hold one.

The solution: He fused his entrepreneurial instincts with his newfound cause and created La La Land Kind Cafe. It would be the place where foster youth learn and serve.

Reihani believed that if the café was preachy about its mission, customers would treat it like a charity and his staff would feel on display. So he instead focused on making a hip café that would rival Starbucks, with an ethos that was felt in a different way. “I wanted to create a place where people just generally loved each other,” he says. The aesthetic is all white, as if it’s heaven on Earth. The cups are yellow because of its association with happiness. Coffee flavors, like the “campfire latte” with graham crackers and marshmallows on top, are meant to evoke nostalgia. And the staff is trained to tell customers, “I love you” (which sounds weird, but he insists it works).

Related: These Founders Built a Perfect Remote-Work Product… Without Realizing It

The concept has been a hit, getting strong local press and many expansion opportunities. This summer, he opened a location in Santa Monica, and he is aiming to build seven more in 2021. “We’ve never paid for an ad,” he says. Invisibly, on the back end, the café executes its true mission: Reihani has partnered with local organizations to build a mentorship program for foster youth, which he has started to export to other companies so they can join the cause.

Reihani also wants to share his impatience with others — because he believes his generation can make a massive impact, if only his peers are willing to move now. “Otherwise, by the time we’re older,” he says, “we’re going to realize something, and then there’s almost no time left to get it together.”

Denial of responsibility! TechiLive.in is an automatic aggregator around the global media. All the content are available free on Internet. We have just arranged it in one platform for educational purpose only. In each content, the hyperlink to the primary source is specified. All trademarks belong to their rightful owners, all materials to their authors. If you are the owner of the content and do not want us to publish your materials on our website, please contact us by email – [email protected]. The content will be deleted within 24 hours.
25yearoldDickdontEducation newsEducation updateentrepreneursGrowth StrategiesHiring
Share