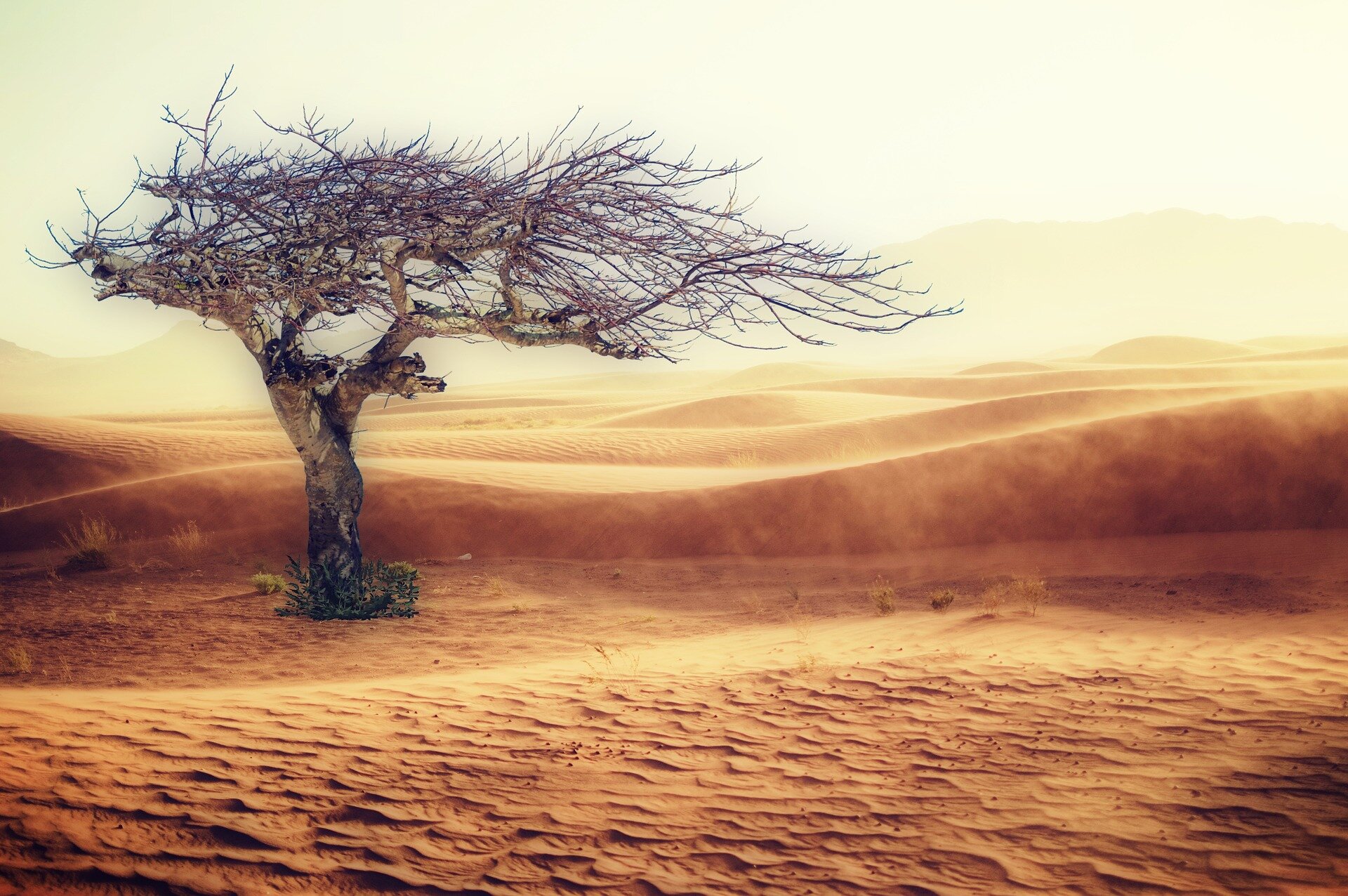 A new tool with cutting-edge image recognition AI lets you visualize the future effects of climate change on any place in the world—including your own home.

The project, titled “This Climate Does Not Exist,” lets you enter the address of your current home or your favorite travel destination and see what it could look like years later once climate change has taken its toll.

You can see how Disneyland will look like covered in smog, the way extreme smog blanketed Beijing in 2014. You can see what your childhood home will look like after it is flooded by rising sea levels, the way floods devastated Indonesia in 2020 after widespread deforestation.

Extreme weather events due to climate change are already impacting corners of the globe.

In a separate project by Carbon Brief, a UK-based site focused on climate science and policy, researchers dove through more than 350 peer-reviewed studies looking at weather trends and mapped out extreme weather events. They found that 70% of the 405 extreme weather trends they observed were found to be made more likely or more severe by human-caused climate change, from heatwaves in France to hurricanes in the Caribbean.

Similarly, the project “This Climate Does Not Exist” emphasizes that climate change is having dire consequences all around the world right now, even if it’s not in your own backyard.

However, the project is not meant to make you feel depressed. It was developed by a group of AI scientists to raise awareness of the personal effects of climate change and provide a series of concrete actions you can take to help.

After you see the visualization, you can send a link to the images to others and share it to raise awareness. Also, the site shows you how you can take collective action, such as engaging with your representatives, and individual actions, such changing your diet or consumption patterns, to lessen the effects of climate change.

“Framing the whole project, and making sure that the images were being used in essentially a productive way or a positive way—that was really, really important. That’s why we work with climate communicators,” Luccioni says.

How they built the technology

The project has been years in the making, starting in 2019 and getting released in 2021 amid the COP26 climate conference in Glasgow.

The idea was inspired by a technology called generative adversarial networks, or GANs, dreamt up by researcher Ian Goodfellow after a “heated debate in a Montreal pub,” according to MIT Technology Review.

GANs were originally used to develop deepfakes, fake images that look incredibly realistic. MIT has used it in the past to generate pictures of horses wearing hats as well as visualizations of your hometown as a war zone, in efforts to personalize the atrocities of the Syrian Civil War.

Researchers at Mila thought, “why can’t we use it for climate change as well?”

Building these scenarios proved to be an interesting challenge for researchers at the Mila research institute.

Smog was a bit simpler. The model mainly had to identify objects and their relative sizes, and from there, it could determine how the smog should appear based on relative distance to the viewer.

Generating a fake image of a flooded area turned out to be the hardest, according to Luccioni.

“Gathering data actually took a really long time, because first we thought we’d be able to get a lot of data. But it turns out that when a flood happens, for example, people tend not to stick around. They’ll leave. And there are pictures of floods, but they’re usually from helicopters,” Luccioni explains.

When the Mila researchers couldn’t find enough real-world images to train their model on, they turned to virtual images from local video game makers. They asked developers behind the video game Watchdogs to flood the virtual world they built of the San Francisco Bay Area and take screenshots to provide data for Mila’s models.

On top of that, the Mila researchers went on TV to promote their project, asking Canadians to send photos they took of floods from a few years ago. After their concerted efforts, they were able to gather about 5,000 images.

With a team of over 20 machine learning experts led by scientific director Yoshua Bengio, Mila researchers were able to use a GAN they created to generate these images. They collaborated with climate communicators and climate scientists to build messaging they hope will encourage positive change.

Citation:
This AI tool lets you visualize how climate change could affect your home (2021, November 22)
retrieved 22 November 2021
from https://techxplore.com/news/2021-11-ai-tool-visualize-climate-affect.html

Denial of responsibility! TechiLive.in is an automatic aggregator around the global media. All the content are available free on Internet. We have just arranged it in one platform for educational purpose only. In each content, the hyperlink to the primary source is specified. All trademarks belong to their rightful owners, all materials to their authors. If you are the owner of the content and do not want us to publish your materials on our website, please contact us by email – [email protected]. The content will be deleted within 24 hours.
affectchangeClimategadget updatehomeletstech newstech update
Share

Most Americans Are Deficient in Magnesium

Video Exposes How One Famous McDonald’s Sandwich is Made: ‘That’s a McCrime’