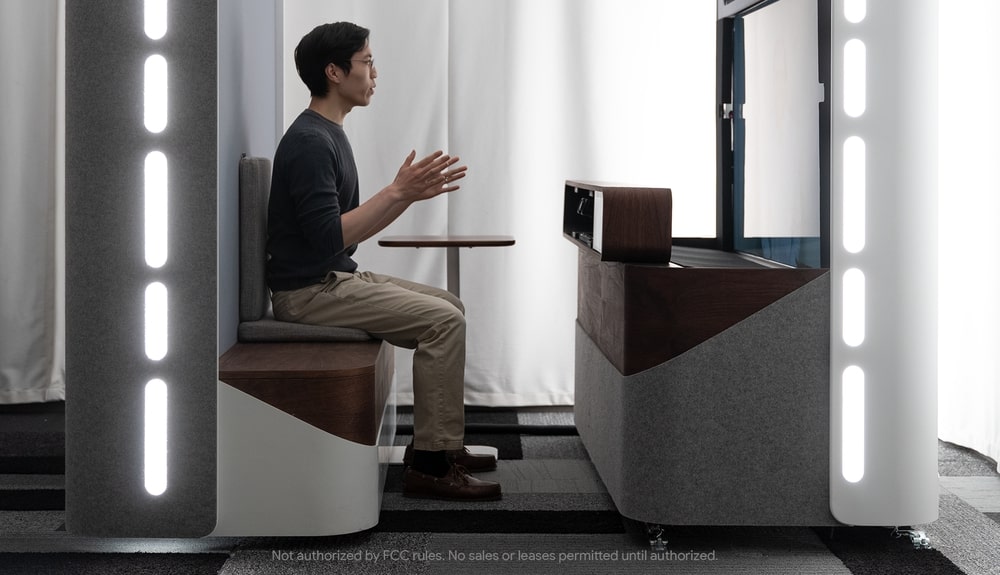 This is the craziest thing Google announced at I/O, and people can’t stop talking about it

At this point, those of us who cover technology for a living are pretty used to demos and product showcases that promise magic, some revolutionary new breakthrough, some boundary-pushing leap forward that promises to put a dent in the universe. Hyperbole is de rigueur for Silicon Valley tech giants like Google — even though, sometimes, the breathless tease arguably turns out to, well, be warranted. A good example of this is Google’s Project Starline, a new video chat system that was unveiled at the search giant’s annual I/O conference this week.

Suffice it to say, the presentation blew people away, and the whole thing looks so magical and impressive that I need one yesterday. It’s the kind of thing that certainly would have made the past year, dealing with the inconveniences of the coronavirus pandemic, a lot more bearable.

So what is this thing, exactly? “Imagine looking through a sort of magic window, and through that window, you see another person, life-size and in three dimensions,” a company blog post from Google vice president Clay Bavor explains. “You can talk naturally, gesture and make eye contact.”

He followed up via Twitter with a summary that this system — which is like a video chat display on steroids, in that what you see is actually a 3D representation of the other person, such that it feels like they’re right there in front of you — has been years in the making. Think of it like a magic window, he explains, one that brings families, friends, and coworkers together, even when they’re cities or countries apart.

Google research project Starline combines hardware and software innovation to help people feel like they’re together, even when they’re apart by allowing them to you see another person, life-size and in three dimensions – https://t.co/GyOXMIftBs #GoogleIO #AI #DeepLearning

To make this video chat system possible, Bavor’s post continues, Google is applying “research in computer vision, machine learning, spatial audio and real-time compression. We’ve also developed a breakthrough light field display system that creates a sense of volume and depth that can be experienced without the need for additional glasses or headsets.”

If you check out that video above, you’ll get a sense of what wowed people so much with this presentation. The project is still in the early stages, according to Bavor, so don’t expect to see this in wide use anytime soon. Trial deployments are planned with “enterprise partners” later this year.

“To start that journey, we’ve spent thousands of hours testing Project Starline within Google as we connected colleagues between the Bay Area, New York and Seattle,” the Project Starline blog post continues. “We’ve also been conducting demos with select enterprise partners in areas like healthcare and media to get early feedback on the technology and its applications.”

Meantime, here’s a sampling of some of the reaction on Twitter from people who were blown away by the technology and the feeling of presence it creates:

This was hands-down one of the coolest demos I’ve ever seen. Maybe *the* coolest because it’s so natural — and obvious that this is the future way of immersive remote communication. You really feel like you’re in the room with the other person. It’s wild. https://t.co/DPjRl87EKC

Imagine this, but for creators and celebrities now. pic.twitter.com/qw0IawUe3q

An exciting 3D telepresence project I’ve been excited to be a part of at Google, just announced at Google I/O: Live 3D Scanning + Light Field Displays = the next best thing to being there https://t.co/sYN3Y8qP9L

Denial of responsibility! TechiLive.in is an automatic aggregator around the global media. All the content are available free on Internet. We have just arranged it in one platform for educational purpose only. In each content, the hyperlink to the primary source is specified. All trademarks belong to their rightful owners, all materials to their authors. If you are the owner of the content and do not want us to publish your materials on our website, please contact us by email – [email protected]. The content will be deleted within 24 hours.
announcedcraziestgadget updateGoogleGoogle I/O 2021PeopleProject Starlinestop
0
Share

Coffee women and their life stories