Notice: amp_is_available was called incorrectly. `amp_is_available()` (or `amp_is_request()`, formerly `is_amp_endpoint()`) was called too early and so it will not work properly. WordPress is currently doing the `pre_get_posts` hook. Calling this function before the `wp` action means it will not have access to `WP_Query` and the queried object to determine if it is an AMP response, thus neither the `amp_skip_post()` filter nor the AMP enabled toggle will be considered. It appears the theme with slug `publisher` is responsible; please contact the author. Please see Debugging in WordPress for more information. (This message was added in version 2.0.0.) in /home/runcloud/webapps/techilive/wp-includes/functions.php on line 5313
 This Mayan Beekeeper Formed a Swarm of Environmentalists to Combat the Growth of Genetically Modified Plants in Her Native Mexico - TechiLive.in 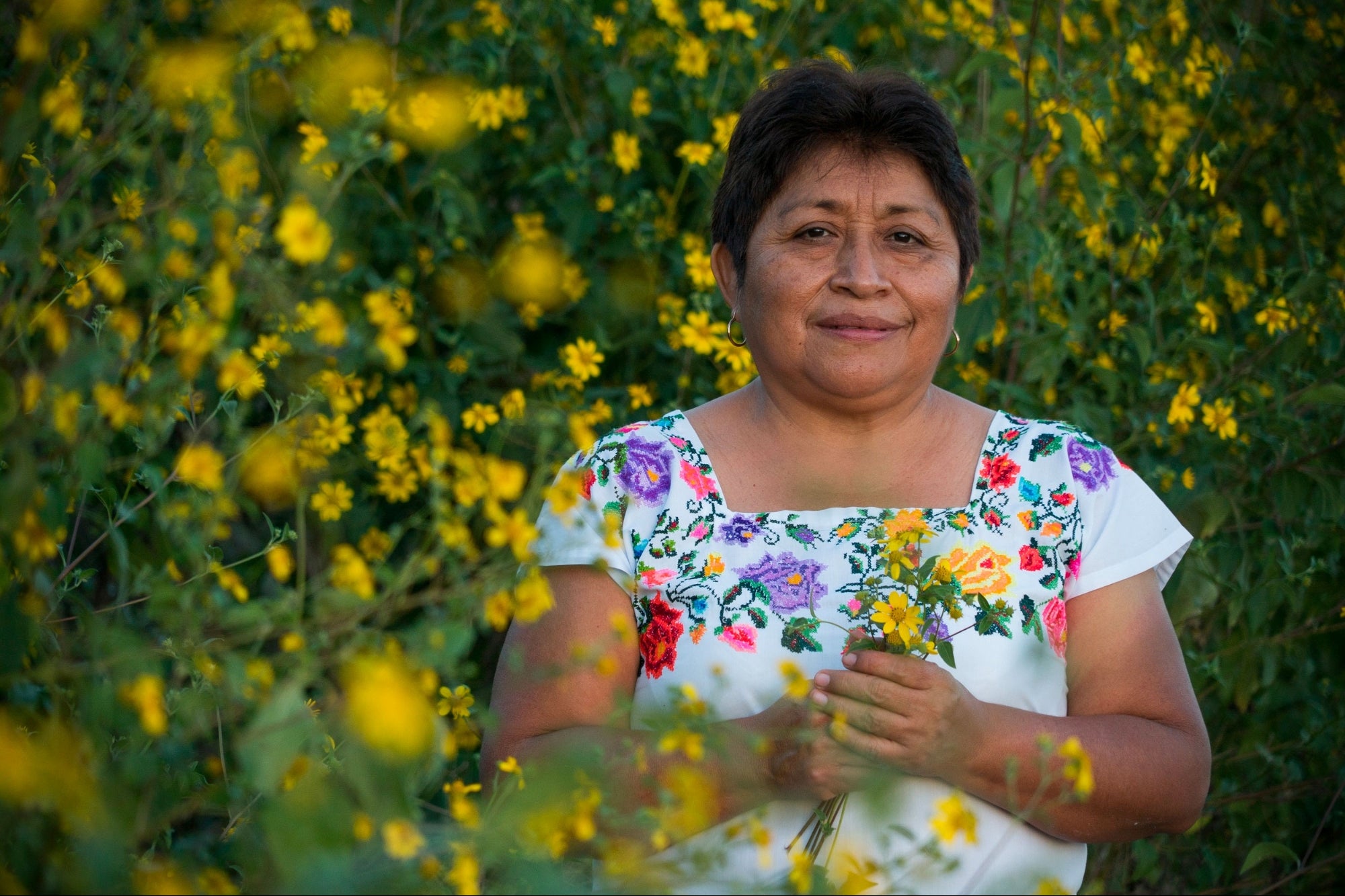 When Leydy Pech saw what was happening to the agricultural balance and the beekeeping community, she decided to take a stand to protect her people, her land and her bees.

Get a glimpse of how to overcome the mental and physical fatigue that is standing between you and your full potential.

Beekeeping is critical to the Mayan culture. It’s a time honored tradition and a huge part of their identity.

So, it was devastating to the community when Monsanto, an agrochemical and agricultural biotechnology corporation, began threatening the safety of Campeche’s honey supply with genetically modified soybean crops and record-breaking deforestation. Campeche contributes 40% of Mexico’s honey production and provides a livelihood to 25,000 families within its indigenous communities.

When Leydy Pech, a Mayan beekeeper, saw what was happening to the agricultural balance and the beekeeping community, she decided to take a stand to protect her people, her land and her bees.

Pech grew up in Hopelchén, a city in Campeche whose culture thrives on beekeeping. As a young girl, her ancestry instilled in her the importance of caring for the land and the area’s rare native bee species. This love and respect for agriculture continued into adulthood, where she joined an agroforestry cooperative operated by other Mayan women.

Together they manage apiaries for Melipona beecheii, a native bee species without stingers that have been cultivated by generations of Mayan people.

In 2000, Monsanto began cutting down forests to plant experimental crops of genetically modified soybeans in Campeche. Over the next ten years, these plots of soybeans underwent experiments to increase their tolerance to high doses of herbicides. These chemicals, which have been linked to miscarriages and birth defects, began contaminating the local honey supply and killing Campeche’s bees.

When Pech realized what was happening to her community, she formed Sin Transgénicos (“no GMOs”), a coalition of environmentalists, beekeepers and non-governmental organizations.

With Pech at the helm, Sin Transgénicos took legal action against the government for granting Mansanto permits without consulting indigenous communities. While waiting for the lawsuit to move forward, Pech contacted the National Autonomous University of Mexico to conduct further research. They confirmed that there were traces of harmful pesticide chemicals found in local honey, residents’ drinking water, and even in their urine.

Armed with this information, Pech facilitated a series of meetings, petitions, workshops, and demonstrations to get the community involved.

The Mexican Supreme Court ultimately reached a unanimous decision, ruling that the government had indeed unlawfully approved Monsanto’s permits without consulting the communities. As a result, Monsanto’s permits were revoked and GM soybean crops were prohibited in seven states, including Campeche and Yucatán.

“They told us we wouldn’t achieve anything,” Pech said of Monsanto’s lawyers. “But little by little, we demonstrated our abilities. The men saw the results of our work and publicly recognized that the organization is an example of struggle and success.”

This historic battle was huge for several reasons. It was the first time the Mexican government had officially ruled to protect the environment and communities from GM crops. It also set a precedent and model for other indigenous people trying to preserve their rights and land management.

Among the most positive aspect of this experience was that Pech’s success gave her the opportunity to raise awareness about the challenges indigenous cultures face on a regular basis. She showed people the important role bees and the delicate ecosystem play in agricultural and commercial industries.

Denial of responsibility! TechiLive.in is an automatic aggregator around the global media. All the content are available free on Internet. We have just arranged it in one platform for educational purpose only. In each content, the hyperlink to the primary source is specified. All trademarks belong to their rightful owners, all materials to their authors. If you are the owner of the content and do not want us to publish your materials on our website, please contact us by email – admin@techilive.in. The content will be deleted within 24 hours.
Loading...
BeekeeperCombatEducation newsEducation updateenvironmentEnvironmental ProtectionEnvironmentalistsFormed
0
Share