Notice: amp_is_available was called incorrectly. `amp_is_available()` (or `amp_is_request()`, formerly `is_amp_endpoint()`) was called too early and so it will not work properly. WordPress is currently doing the `pre_get_posts` hook. Calling this function before the `wp` action means it will not have access to `WP_Query` and the queried object to determine if it is an AMP response, thus neither the `amp_skip_post()` filter nor the AMP enabled toggle will be considered. It appears the theme with slug `publisher` is responsible; please contact the author. Please see Debugging in WordPress for more information. (This message was added in version 2.0.0.) in /home/runcloud/webapps/techilive/wp-includes/functions.php on line 5313
 Thuramukham producer's next with newcomers titled Thuruth - TechiLive.in 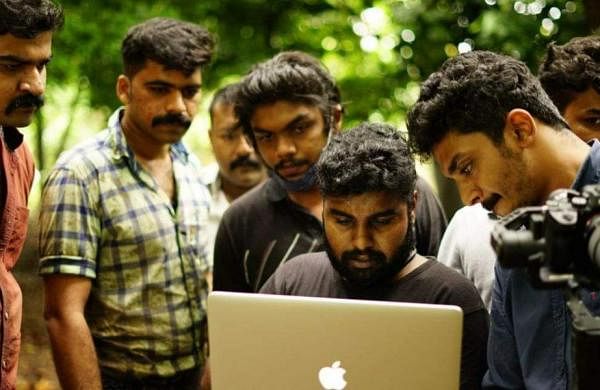 After Thuramukham, producer Sukumar Thekkepat has announced a new production titled Thuruth (Island), developed by a group of newcomers led by filmmaker Habeeb Muhamed, who will direct from a script he co-wrote with Tony Joy Manavalan.

The former, who hasn’t assisted anyone before, gained his filmmaking experience from short films. Instead of the conventional approach of releasing a poster, the makers released a four-minute footage instead. The video gives viewers a taste of what to expect from the project.

What’s most impressive about it is they shot it with money from their own pockets before Sukumar came on board. The team comprises Nikhil Surendran (director of photography) and Anandhu Chakravarthy (editor).

“We felt that doing something like this would be a better way to pitch the concept to producers instead of just narrating it. We had pitched it to some other producers too, but only Sukumarettan showed interest. After he saw the footage, he said it should be released online, considering the efforts that went into it,” says Habeeb.

Habeeb assures the actual film will present a more refined form of what we saw in the video. They also plan to cast some established actors from Malayalam to play some of the main characters. The film, he says, revolves around events happening on a fictional island.

“It’s a portrait of the local inhabitants’ struggle against the system. Their place has seen no significant development for a long time. The events in the story are set in motion following attempts from certain corners to thwart their primary means of income,” he said.

Interestingly, Thuruth is not set in a specific era, a detail that Habeeb has deliberately omitted. “Since it’s a story that can take place – and is relevant – in any period, I felt it was not necessary to include that piece of information,” explains the Kodungallur native.

“There are no heroes or villains, only grey characters. Both sides have their own justification for their actions. Though it can be called a thriller, the story explores the characters’ lives in detail too,” he added.

Loading...
Denial of responsibility! TechiLive.in is an automatic aggregator around the global media. All the content are available free on Internet. We have just arranged it in one platform for educational purpose only. In each content, the hyperlink to the primary source is specified. All trademarks belong to their rightful owners, all materials to their authors. If you are the owner of the content and do not want us to publish your materials on our website, please contact us by email – admin@techilive.in. The content will be deleted within 24 hours.
entertainment newsEntertainment updateHabeeb MuhamedNewcomersnews updateproducersSukumar Thekkepattechi live
0
Share

Joe Biden is approaching his moment of truth