Notice: amp_is_available was called incorrectly. `amp_is_available()` (or `amp_is_request()`, formerly `is_amp_endpoint()`) was called too early and so it will not work properly. WordPress is currently doing the `pre_get_posts` hook. Calling this function before the `wp` action means it will not have access to `WP_Query` and the queried object to determine if it is an AMP response, thus neither the `amp_skip_post()` filter nor the AMP enabled toggle will be considered. It appears the theme with slug `publisher` is responsible; please contact the author. Please see Debugging in WordPress for more information. (This message was added in version 2.0.0.) in /home/runcloud/webapps/techilive/wp-includes/functions.php on line 5313
 Tim Duncan and the new Hall of Famers all had something to say about Kobe Bryant - TechiLive.in 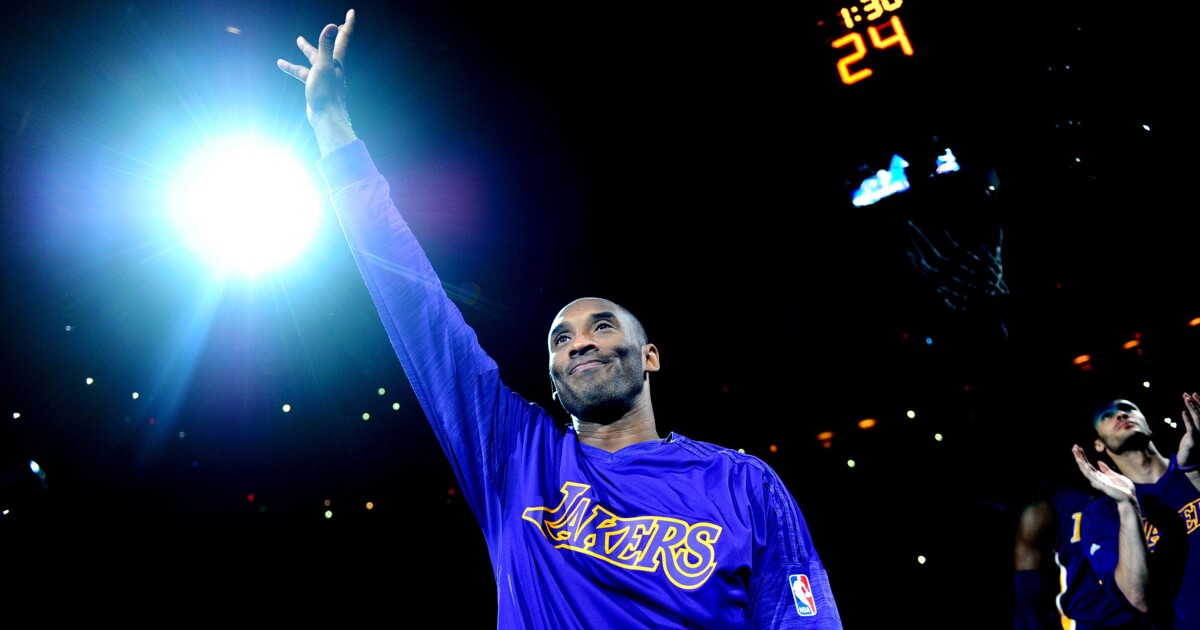 They should’ve all been on the stage together Saturday, generational players, winners at the highest level, competitors who demanded the best from one another.

The differences and similarities would’ve been impossible to ignore — Tim Duncan’s quiet earnestness, Kevin Garnett’s unflinching intensity and Kobe Bryant’s confident poeticism all tied together by their basketball greatness.

Friday as basketball’s Hall of Fame began a weekend dedicated to those three players at the top of the 2020 enshrinement class, Bryant’s absence was once again jarring — mostly because he was everywhere.

While Vanessa Bryant toured her late husband’s exhibit at the Naismith Memorial Basketball Hall of Fame 70 miles northwest of here, Duncan, Garnett and other inductees took the stage inside a small theater at the Mohegan Sun Casino to begin their journey into the Hall.

Bryant’s story was interwoven with almost all of theirs.

It began with Duncan, shyly pushing his braided hair off his face, talking about the battles with the Lakers — seven playoff series. Bryant battled the San Antonio Spurs and Duncan more than any other team in the postseason during his career.

“Your greatest competition brings the best out of you. That’s what he always did,” Duncan said Friday. “You always had to be at your best and bring your best from start to finish if you were playing against him or any of his teams. And I think that’s what I appreciate about and remember about playing against him and being on the court with him — a fierce competitor. And always demanding more of his team and his teammates than probably was possible.

“But he wanted to win that much. He wanted it that much. And it was an honor to share the court with him.”

Duncan’s first two titles came with his Spurs having to get through Bryant and the Lakers. The rivalry brought playoff intensity to the regular season.

“We knew we were playing an opposing top team and a possible top team we could see in the playoffs. In those situations, you’re always trying to find an upper hand,” Duncan said. “…The intensity was always that much higher because of the level of competitor he was, the teams that he brought with him, coaching on down. I always looked forward to playing against his teams. I always looked forward to being on the court with him because I knew the crowd was going to be into it, our teammates were all going to be more focused and locked in that day.

“All of a sudden, you don’t hurt as much because you know that you have to have that energy to be there and be present that day.”

Then there was Garnett, his voice still dripping with the passion that filled his scream of “Anything is possible!” after he won a championship with the Boston Celtics. Long regarded as one of the game’s most intense and serious players, he and Bryant shared a common pathway to the NBA — two prep-to-pro phenoms in back-to-back draft classes that took the league by storm.

“Two very fierce competitors. That was our parallel,” Garnett said. “As much as he wanted to win, I wanted to win at the same time. As much as he thought he was the best, I thought I was the best. … I used to crack on him and tell him he was too small to play. He used to crack on me and tell me I was too small to guard him. It was great conversation, great back and forth and great competition.”

Bryant’s coach for one season, Rudy Tomjanovich, also is headed into the Hall of Fame this weekend.

“I consider being in his presence and having that opportunity to be one of the gifts that coaching has given me,” Tomjanovich said. “And he’s going to be missed.”

Barbara Stevens, an inductee in the class after winning more than 1,000 games as a college coach, said Bryant would’ve continued to have a great impact on the growth of the women’s game.

“I truly was sad because I felt as though he was going to do great things for women’s basketball,” Stevens said. “Obviously, he was supporting his daughter through the game and very interested in the game because of her, but I felt like we lost a champion, a champion of women’s basketball when he died. He would’ve brought so much.”

The enshrinement undoubtedly will be more emotional, Bryant’s widow, Vanessa, speaking on his behalf. Whether it’s her words or the reflections of the NBA greats who shared the court with him, Bryant’s legacy will be as present as you could imagine.

“You can go through the list of NBA greats, right, I couldn’t pick two better players to go into the Hall with. … I’m very privileged,” Garnett said. “If I’m being honest, ever since I stepped foot in the league, it’s been like a big-ass dream. And this is no different.”

Denial of responsibility! TechiLive.in is an automatic aggregator around the global media. All the content are available free on Internet. We have just arranged it in one platform for educational purpose only. In each content, the hyperlink to the primary source is specified. All trademarks belong to their rightful owners, all materials to their authors. If you are the owner of the content and do not want us to publish your materials on our website, please contact us by email – admin@techilive.in. The content will be deleted within 24 hours.
BryantDuncanFamersHallKobenews updatesports newssports update
0
Share