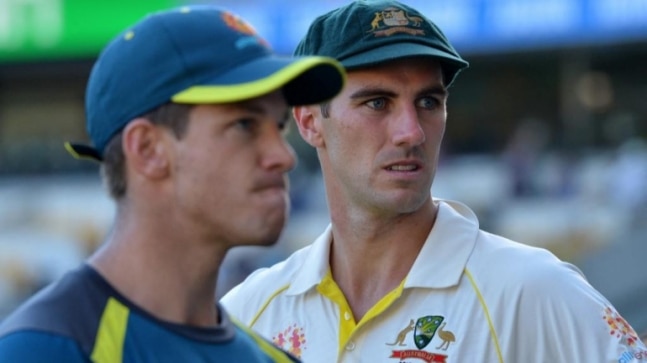 Shane Warne said Pat Cummins is the poster boy of Australian cricket and should take over Test captaincy ahead of next month’s home Ashes series against England.

Australian cricket legend Shane Warne wants fast bowler Pat Cummins to take over the Test team’s captaincy after Tim Paine resigned from the post this week following media revelations that he had been investigated and cleared over sexually explicit text messages sent to a female former colleague four years ago.

Warne said Cummins is the poster boy of Australian cricket and should take over the top job ahead of the home Ashes series. Warne also voted for wicketkeeper Josh Inglis as Paine’s replacement in the playing XI for the first Test staring December 8.

“For me, the time is right to make Pat Cummins captain, something I thought even before the events of Friday unfolded. The poster boy, respected and loved the world over, Pat Cummins should now be named captain, and either Matt Wade, Josh Inglis or Alex Carey should get their chance to come in and play Paine’s role in the Test team.

“Inglis gets my vote. He’s got silky smooth hands behind the stumps, he’s a 360 degree player with the bat and coming off three first class hundreds last season for Western Australia. He’s a great team man who I saw first hand at the London Spirit this year. He’s 26. Get him in,” Warne wrote in Australia’s The Daily Telegraph on Sunday.

Paine appeared before media on Friday in Adelaide to announce he was resigning the captaincy but wanted to remain a member of the Test squad. The 36-year-old had taken over the job in March 2018 after Steve Smith lost the role following the sandpaper ball-tampering scandal in South Africa.

The messages date to 2017, months before Paine was recalled to the Test team after a seven-year absence. Paine has played 35 Tests for Australia, taking 150 catches behind the stumps. He has scored 1,534 runs at an average of 32.63 with a high score of 92 and nine half-centuries.

“It was sad to see what happened last Friday on so many levels and the circumstances in which Tim was forced to stand down. I really feel for him, what he’s going through, and what his family is going through.

“I’m not judging him on this incident. Just because Tim is in the public eye doesn’t mean he won’t make a mistake. Sportspersons are human, they have feelings. Let’s stop the judgement. It’s not our place to do that,” Warne added.

Denial of responsibility! TechiLive.in is an automatic aggregator around the global media. All the content are available free on Internet. We have just arranged it in one platform for educational purpose only. In each content, the hyperlink to the primary source is specified. All trademarks belong to their rightful owners, all materials to their authors. If you are the owner of the content and do not want us to publish your materials on our website, please contact us by email – [email protected]. The content will be deleted within 24 hours.
AustraliaCaptainCumminsNamednews updatePainePATscandal
0
Share

nothing ear: Nothing Ear (1) TWS earbuds get price cut in India – Times of India