Notice: amp_is_available was called incorrectly. `amp_is_available()` (or `amp_is_request()`, formerly `is_amp_endpoint()`) was called too early and so it will not work properly. WordPress is currently doing the `pre_get_posts` hook. Calling this function before the `wp` action means it will not have access to `WP_Query` and the queried object to determine if it is an AMP response, thus neither the `amp_skip_post()` filter nor the AMP enabled toggle will be considered. It appears the theme with slug `publisher` is responsible; please contact the author. Please see Debugging in WordPress for more information. (This message was added in version 2.0.0.) in /home/runcloud/webapps/techilive/wp-includes/functions.php on line 5313
 Tina Turner and Jay-Z Lead Rock Hall of Fame’s 2021 Inductees - TechiLive.in 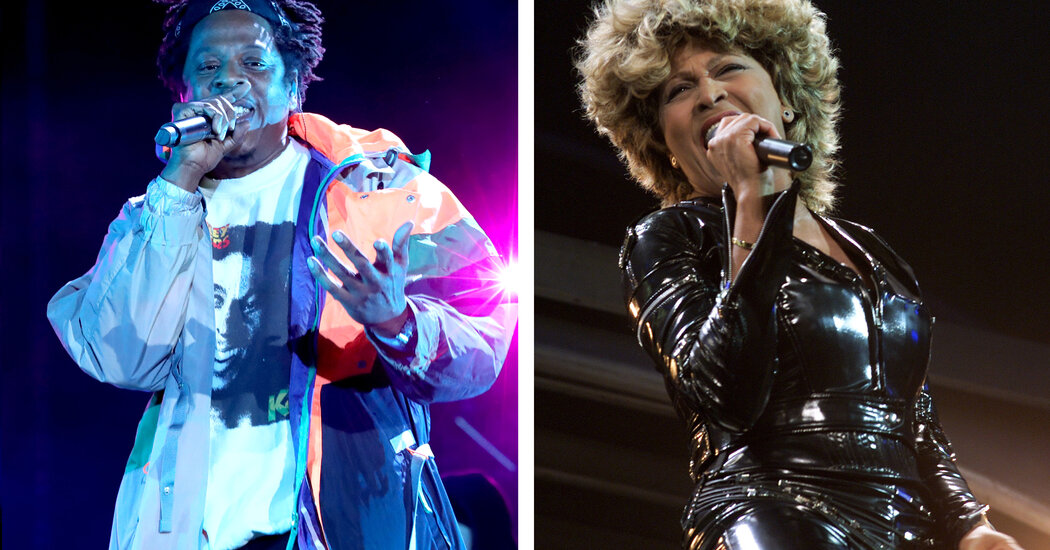 For years, the Rock & Roll Hall of Fame has been pummeled by criticism that its inductees — the marble busts in the pantheon of rock — were too homogeneous, and that the secretive insiders who create the ballots showed a troubling pattern of excluding women.

This year the voters seem to have listened: The class of 2021 features Jay-Z, Foo Fighters, the Go-Go’s, Carole King, Tina Turner and Todd Rundgren — a collection of 15 individuals that includes seven women.

That ratio alone should lend a new energy to the 36th annual induction ceremony, planned for Oct. 30 at Rocket Mortgage FieldHouse in Cleveland.

In past years, when women have been inducted, they have been far outnumbered by men. In 2019, for example, Stevie Nicks and Janet Jackson may have stood triumphant, but their earnest speeches — Jackson: “Please induct more women” — did not seem to last as long as it took to name every male bass player of the rock bands that joined alongside them.

The latest inductees show a balance of genre and generation that has come to be a feature of the Rock & Roll Hall of Fame’s expanding tent. Foo Fighters, led by Dave Grohl, represent the cream of 1990s-vintage alternative rock. Jay-Z is rap incarnate. And the Go-Go’s stand for joyful, upbeat 1980s power-pop.

Each of those acts was a first-time nominee, although the Go-Go’s — the first and only all-woman band to score a No. 1 album on Billboard’s chart — have been eligible since 2006. (Artists can be nominated 25 years after the release of their first recording.)

Rundgren, the prolific producer and multi-instrumentalist, occupies the role of the auteur from classic rock’s flowering in the late 1960s and early ’70s; Turner is a force of nature whose career has stretched from old-school R&B to MTV-era pop; and King is the singer-songwriter and conscience who brings gravitas to the proceedings.

Three of this year’s inductees were already in the hall: Grohl as a member of Nirvana, Turner with Ike and Tina Turner, and King as a nonperformer, with her songwriting partner and former husband Gerry Goffin.

The story of the inductions is also told by who didn’t make the cut. The voters — a group of more than 1,000 artists, journalists and industry veterans — decided against the bands Iron Maiden, Devo, New York Dolls and Rage Against the Machine, as well as Kate Bush, Mary J. Blige, Chaka Khan and Dionne Warwick.

Fela Kuti, the Nigerian-born pioneer of Afrobeat, had been the surprise nominee this year, and was one of the artists chosen in the Hall of Fame’s fan vote — an online public poll that creates a single official ballot — thanks in part to support from African stars like Burna Boy. Kuti would have been the first Black artist from Africa to join the hall, but he failed in his first time on the ballot. (Trevor Rabin of Yes is from South Africa, and Freddie Mercury of Queen was born in Zanzibar, now part of Tanzania; both bands are in the Hall of Fame.)

And LL Cool J, a titan of hip-hop who also received high-profile support this year, lost after a sixth nomination. But he has been given a musical excellence award, for people “whose originality and influence creating music have had a dramatic impact on music.” This category was once known as the sidemen award, but it is also something of a consolation prize: The producer and guitarist Nile Rodgers won it in 2017 after Chic, his band, was passed over 11 times.

The other musical excellence recipients this year include Billy Preston, the keyboardist who was a frequent collaborator of the Beatles, and Randy Rhoads, a guitarist with Ozzy Osbourne.

Also this year, the Ahmet Ertegun Award, for nonperformers, will go to the record executive Clarence Avant, and “early influence” trophies will go to Gil Scott-Heron, Charley Patton and Kraftwerk, the German electronic pioneers who had been nominated for induction six times.

The induction ceremony is to be broadcast later on HBO and streamed on HBO Max.

Denial of responsibility! TechiLive.in is an automatic aggregator around the global media. All the content are available free on Internet. We have just arranged it in one platform for educational purpose only. In each content, the hyperlink to the primary source is specified. All trademarks belong to their rightful owners, all materials to their authors. If you are the owner of the content and do not want us to publish your materials on our website, please contact us by email – admin@techilive.in. The content will be deleted within 24 hours.
Loading...
Education newsEducation updateFamesHallinducteesJayZLeadnews update
0
Share