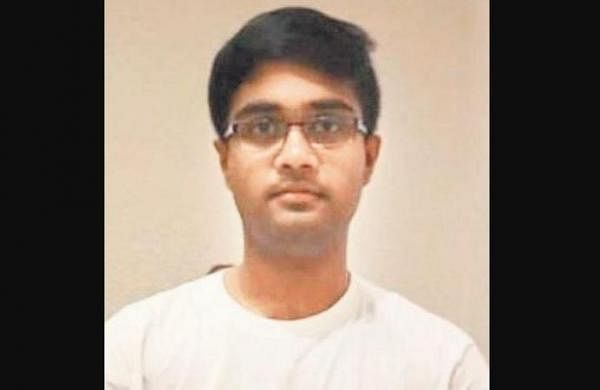 CHENNAI: Till the end of the second day of the five-day All India Chess Federation (AICF) qualifier for the World Cup, Tamil Nadu’s P Iniyan seemed set for nothing more than a mid-table finish. He had come into the online tournament with moderate expectations, for the playing field included quite a few higher-ranked names like B Adhiban, Surya Shekhar Ganguly and D Gukesh. But the 18-year-old Grandmaster (GM) from Erode defied odds to get on a winning run and book a spot for the World Cup in Russia, scheduled to be held from July 10 to August 6. The victory eventually came with a round to spare, ensuring that the youngster will be embarking on his maiden World Cup.

“I did not have many expectations from the tournament. There were 8 GMs and 7 IMs competing in the tournament among 17 players. It was only at the end of the third day that I knew I had a chance of doing well as I got into a leading position. And in the final two days, I closed it out,” Iniyan explained at the conclusion of the tournament on Sunday.

While Iniyan gained momentum on the third day by winning each of his four rounds, the victory over D Gukesh – on the latter’s 15th birthday – on the penultimate day proved to be decisive. Both were tied on 12.5 points at the end, but Iniyan’s win over Gukesh went in his favour in the final standings.

“The win against Gukesh proved to be decisive. I wouldn’t say I had a slow start to the tournament but the loss to Rahul Srivatshav on the second day was a setback. But I was able to make up ground after that,” felt Iniyan.

Iniyan, who became India’s 61st GM in 2019, can now start looking ahead to the World Cup in Russia. It will be his first over-the-board event since playing a tournament in Germany in January 2020.

“I am extremely excited to be going to Russia for the event. For the first few months after Covid struck last year, my focus was more on the 12th standard exams. But not playing over-the-board chess has been a big miss,” the soft-spoken Iniyan said.

Iniyan is under no illusions about the enormity of the challenge at the World Cup. But having outsmarted a few tough opponents over the last few days, his soaring confidence should hold him in good stead. “This win is going to give me a lot of confidence as there were many GMs competing in this tournament. I hadn’t played a tournament of this level for quite some time. Once the pairings for the World Cup are out, I will start making preparations.”

Denial of responsibility! TechiLive.in is an automatic aggregator around the global media. All the content are available free on Internet. We have just arranged it in one platform for educational purpose only. In each content, the hyperlink to the primary source is specified. All trademarks belong to their rightful owners, all materials to their authors. If you are the owner of the content and do not want us to publish your materials on our website, please contact us by email – [email protected]. The content will be deleted within 24 hours.
Loading...
AICFbookChess World CupCupIniyanladPnews updateP. Iniyan
0
Share