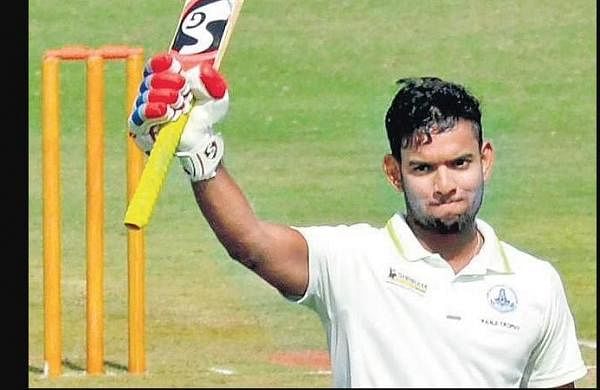 TNCA league up and running once again

The Tamil Nadu Cricket Association’s (TNCA) first division league is up and running once again after a one-and-a-half year hiatus owing to COVID-19. After the successful completion of the fifth edition of the Tamil Nadu Premier League (TNPL) in mid-August, the 2019-20 season of the TNCA league — which was halted in March last year — had to firstly reach its conclusion. The semifinals and final were held in the last week of August, with Jolly Rovers stamping their authority yet again by virtue of winning their 21st title.

The new season is now underway, with the first round of matches finishing on Thursday. While the TNPL was held in a strict bio-bubble, the league matches — which are being held at six different venues in the city — cannot be held under that kind of bubble. But with all the TNPL players vaccinated and basic measures like temperature checks, hand sanitisers in place, the TNCA is doing all it can to avert any major risks.

Jolly Rovers skipper and Tamil Nadu batsman M Kaushik Gandhi is relieved to be back in league action after the long-standing break. “Obviously, TNCA cannot conduct league matches in a bubble because there are practical difficulties, but it is trying its best to keep Covid in check by encouraging people to take vaccines and conducting temperature checks at the grounds. There are hand sanitisers available for the players and no saliva is allowed to be applied on the ball,” Gandhi tells this paper.

While the restrictions are not ideal, the players have come to terms with the altered reality. They must be simply happy to be back playing again given that the lack of league cricket over the last 18 months had left many players in the lurch financially.

Due to the financial ramifications of the pandemic, many clubs did not make any payments to the players last year. Gandhi, who is employed with Income Tax, did not feel the pinch but sympathises with many of his colleagues who were struggling to make ends meet.

“We are very happy that the TNCA league is back because it is bread and butter for a lot of cricketers in the city. Financially, I am lucky since I am employed with Income Tax. I spoke to a lot of players who were finding it tough financially without cricket. Most of the major clubs in the city stopped payments because they also felt the heat of Covid. It has come back to normal, but all the players are a little skeptical. The management of the different clubs is not committing (to paying their players) for more than a year,” explains Gandhi.

Gandhi gladly points out, though, that Jolly Rovers were a notable exception as they continued to pay the players through this period. “Jolly Rovers took care of us really well. They did not stop payment for any of the players last year. I can proudly say that,” Gandhi beams.

Denial of responsibility! TechiLive.in is an automatic aggregator around the global media. All the content are available free on Internet. We have just arranged it in one platform for educational purpose only. In each content, the hyperlink to the primary source is specified. All trademarks belong to their rightful owners, all materials to their authors. If you are the owner of the content and do not want us to publish your materials on our website, please contact us by email – [email protected]. The content will be deleted within 24 hours.
Loading...
Leaguenews updaterunningsports newssports updatetechi liveTNCATNCA league
Share