Notice: amp_is_available was called incorrectly. `amp_is_available()` (or `amp_is_request()`, formerly `is_amp_endpoint()`) was called too early and so it will not work properly. WordPress is currently doing the `pre_get_posts` hook. Calling this function before the `wp` action means it will not have access to `WP_Query` and the queried object to determine if it is an AMP response, thus neither the `amp_skip_post()` filter nor the AMP enabled toggle will be considered. It appears the theme with slug `publisher` is responsible; please contact the author. Please see Debugging in WordPress for more information. (This message was added in version 2.0.0.) in /home/runcloud/webapps/techilive/wp-includes/functions.php on line 5313
 ‘To play and beat Guardiola’s Manchester City, you've got to defend well’: Chelsea’s Thiago Silva - TechiLive.in 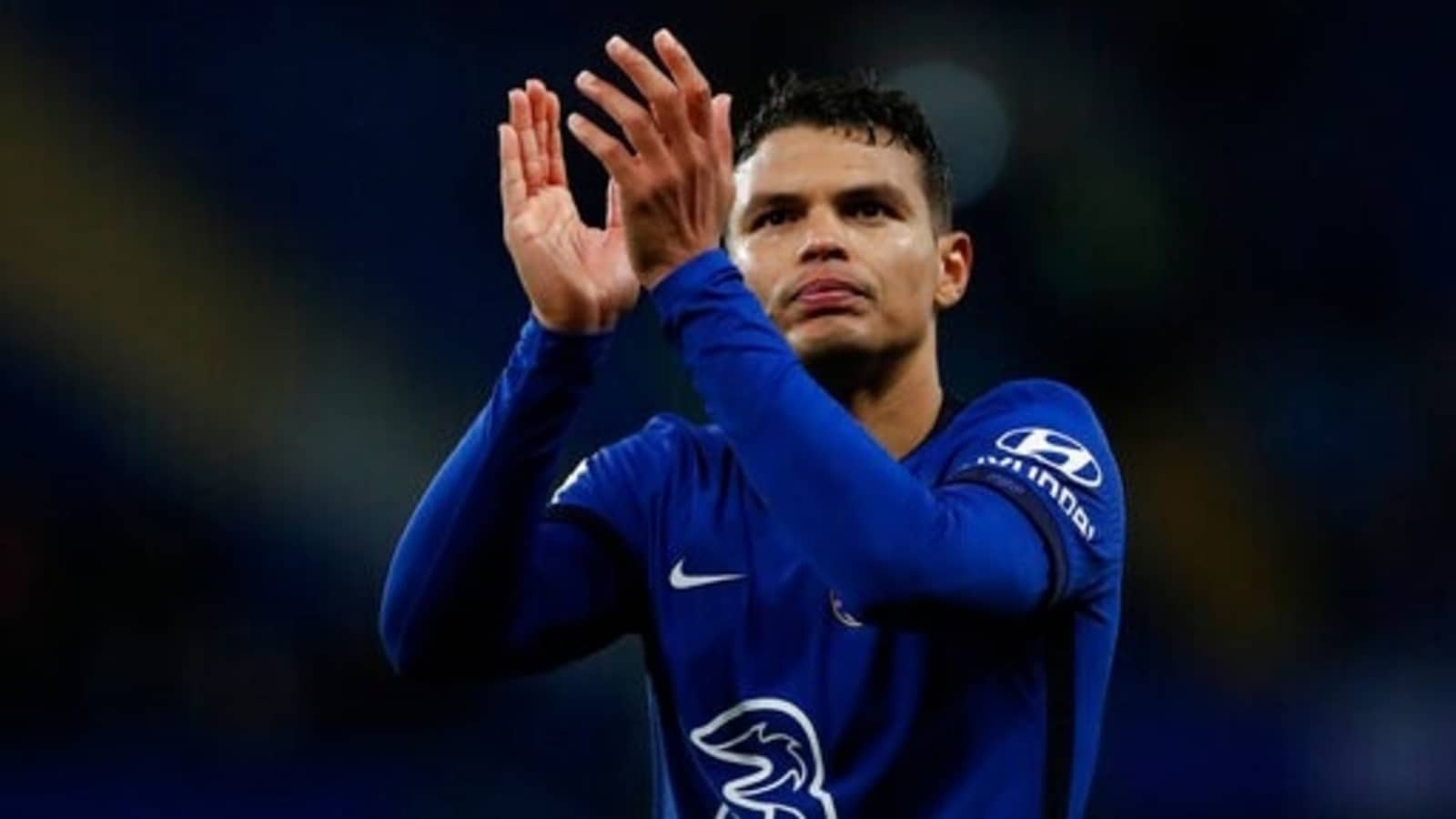 Chelsea’s signing of Thiago Silva was considered the signing of the season. Captain of the Brazil national team, Silva had already marvelled everyone with his pace and aerial abilities. Having spent six seasons with French giants Paris-Saint Germain, Silva headed to Chelsea for his maiden stint with an English club. And almost three months after his debut, scored his maiden Premier League goal against Sheffield United in November of 2020. With almost eight months at Chelsea, Silva is beginning to shake things up. With him at the forefront of Chelsea’s defence, the club made it to the final of the Champions League. Ahead of the crunch tie on May 29 Silva talks to Star Sports on a range of things, including the summit clash against rivals Manchester City.

I’d like to speak about your opponents, Manchester City. You beat them in the fa cup and premier league. Why do you think Chelsea are so good at playing Manchester City? What’s the secret? Few teams do this.

I think we’ve got a clear game plan, a team that’s got a tough defence and that’s great at switching to attack. I think the fact that the fact that Manchester City are really technical and have a really clear game plan of keeping the ball and pinning the opponent back in their own half, means that the two styles of plan fit in perfectly, with them wanting to attack us a lot and pressure us, but we’re really focused and know full well that we need to defend because we know that to play and beat Guardiola’s Manchester City, you’ve got to defend well, and that’s what we’ll aim to do, and fortunately both of these games went really well, and I hope that we the third one, the most important one, also goes well.

Did you expect English football to be so intense? Did it surprise you? Is it the most intense in the world like everyone says?

No, it was exactly how I thought it’d be, but what surprised me was that in my head the majority of the teams played a long ball game, right, always kicking it long, that’s the idea I had in my head in the past, and when I came, I saw that teams tried to play. I think Guardiola has brought well-played football along with him, I think he’s changed this aspect in other coaches, and I came here, and I saw teams which while being less prominent than Manchester City or Chelsea were teams that liked to play good football, right. There are some examples – not knocking these teams – but there are teams that are now in the top five or top six of the premier league, like West Ham and Leicester, who are teams that play proper football and like to do so, so that surprised me in a good way, but in terms of intensity it’s one of the most intense leagues in the world.

What are your thoughts on your season? People had doubts, yet you’ve done great.

Well, there was no tension for me to prove to others, to be honest, but there was for myself, to show that I was capable, because I really put in a lot of work, mate, this isn’t by chance, and I find it hard to talk about myself and say, ‘ah Thiago Silva this and that is good or bad’, I don’t like to talk about myself, but sometimes I think I’ve got to step forward, you know, and I really put in a shift to be at a high level, and anyone who knows me is aware of this. I’ve given up a lot of things, often to do with my family, of being able to go out, so I always try to recover well so I’m in good shape the following day, and prepared for the next game, so the fact that I’m playing at a high level hasn’t surprised me, but it was subsequently a surprise for a lot of people.

Well, to be honest, there were mixed feelings, because I had a coach in Lampard who vouched for me and gave me the chance to play for Chelsea, so I had his recognition and was given a chance by him to come to Chelsea, it then didn’t go well for him, but Lampard was really important in me coming here. Then I was sad that he left but happy that Tuchel was coming in, because I’ve got a great relationship with him, and the two years at PSG were amazing, and after a Champions League final coming across him again at another club, and getting the chance to play in another Champions League final with the same coach from last season… So, it was mixed feelings, but I think that it was a great move for him.

Are you happy finishing third?

Look, I always strive to win, you know, I work hard to win, but things turned out in a way that we’ve come to the end of the season and we’re fighting for other trophies instead of the title. We were in a really tough position with Lampard, the results weren’t coming, we were 9th in the table and a new coach came in, he changed little things here and there and things started to work in the way he set out, and now we’re in third place – obviously far behind Manchester United and Manchester City – but we’re happy to be in the top and to be in with a chance of being in the champions league the following season.

People have questioned you because of your performances with the national team. Do you think you’re both more valued here than in your own country?

Sometimes yes, sometimes no. It’s a question of perspective, right. I think that both in Europe and in Brazil I’ve played great. I don’t remember making a mistake for brazil which led to me being labelled in the way you just mentioned. It’s the same for Fernandinho – he’s someone who’s got recognition and been successful in his career, so here abroad we get positive recognition whereas in brazil it’s negative, so it’s a big surprise because personally speaking, if I try to think of one I don’t remember a crucial error committed by me Thiago Silva which led to brazil being knocked out of a cup or anything else, you know, i think that the Copa America and the handball incident could be classified as such, but I’ve already done so many other things, and when you look on Instagram and see comments like ‘congratulations Thiago’, several times over, ten times, then the eleventh comment is a negative one about Thiago, you focus on the negative comment and forget about the positive things said, you know. So, I’ve got to look at the positive things, I’ve got nothing against anyone, especially in brazil, which is my county, and I’m really happy and honoured to still be representing the Brazilian national team.

(Catch all the live and exclusive action as Aston Villa takes on Chelsea FC on Sunday, May 23, 2021 at 8:30 PM only on Star Sports Select Network)

Denial of responsibility! TechiLive.in is an automatic aggregator around the global media. All the content are available free on Internet. We have just arranged it in one platform for educational purpose only. In each content, the hyperlink to the primary source is specified. All trademarks belong to their rightful owners, all materials to their authors. If you are the owner of the content and do not want us to publish your materials on our website, please contact us by email – admin@techilive.in. The content will be deleted within 24 hours.
BeatChelsea FCChelseasCitydefendGuardiolasManchestermanchester city
0
Share