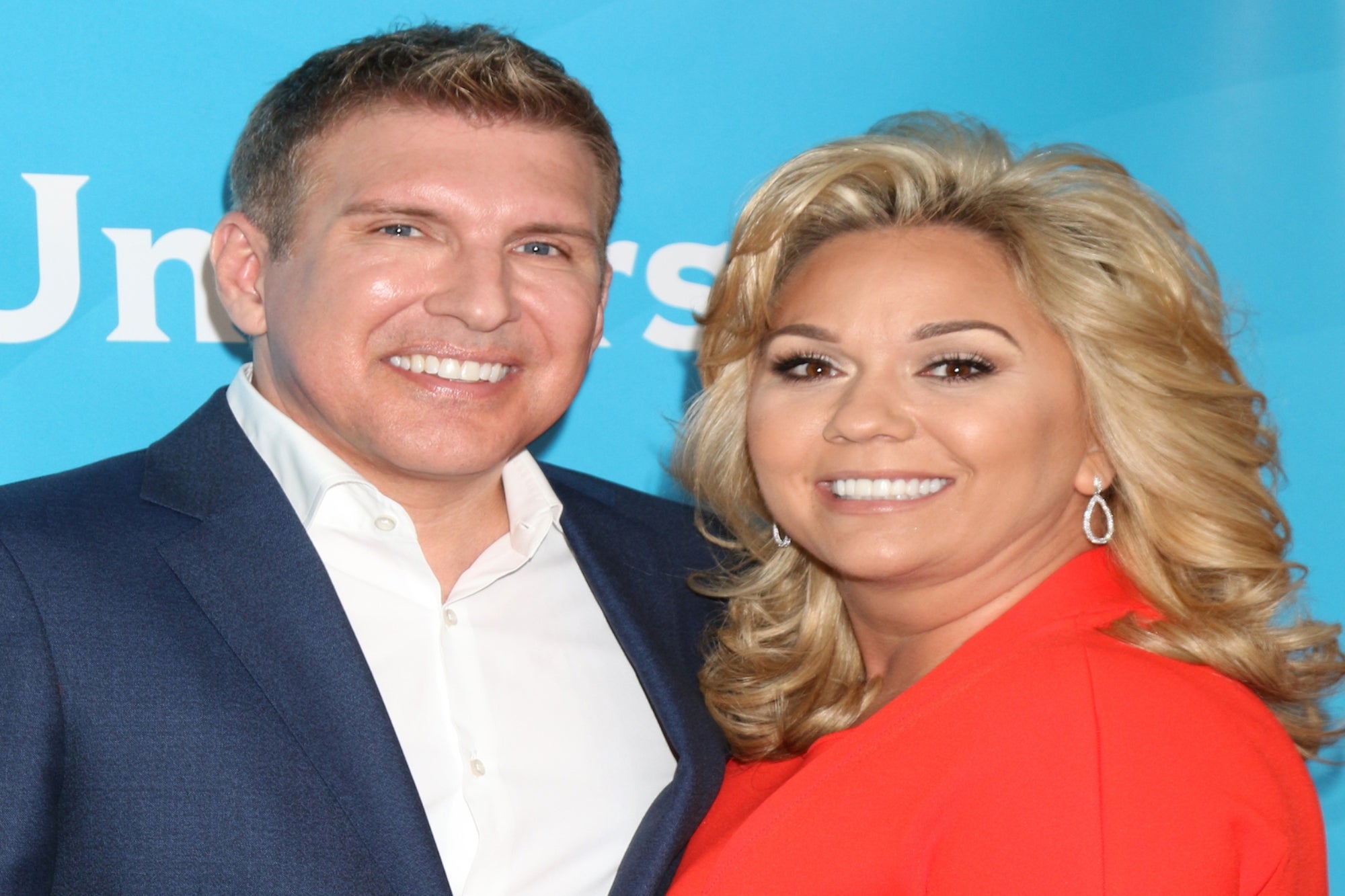 Todd and Julie Chrisley were once known as the loveable parents on the USA Network’s hit series “Chrisley Knows Best,” but it all came crashing down when they were found guilty on numerous counts of fraud and tax evasion.

Despite branding themselves (and the show) on their “Southern values,” the pair were allegedly engaged in a “15-year fraud spree,” according to prosecutors, in which they defrauded banks out of $30 million in fraudulent loans. Todd was sentenced to 12 years in prison and 16 months probation, while Julie was hit with a seven-year prison sentence and 16 months probation.

Still, the reality stars are claiming to be innocent — as someone else was in charge of their finances.

“The Chrisleys have built an empire based on the lie that their wealth came from dedication and hard work,” prosecutors wrote in a sentencing memo, per Variety. “The jury’s unanimous verdict sets the record straight: Todd and Julie Chrisley are career swindlers who have made a living by jumping from one fraud scheme to another, lying to banks, stiffing vendors, and evading taxes at every corner.”

Who Are Todd and Julie Chrisley and What Happened?

With their Keeping Up With the Kardashians-style show jam-packed with wholesome family hijinx and country glamour, the family worked their way to reality TV star fame with several spin-off business ventures like their “Chrisley Confessions” podcast.

But while the family patriarch told viewers he was a Georgia real estate tycoon raising his kids with the best of the best, prospectors claimed he unlawfully acquired millions and evaded taxes during this time to fund their opulent lifestyle.

According to prosecutors, the parents falsified documents to obtain over $30 million in bank loans, and when they couldn’t pay the loans back, they filed for bankruptcy in 2012, per People. After bankruptcy, Todd walked away with $20 million of the fraudulently obtained loans, which were spent on “luxury cars, designer clothes, real estate, and travel,” the Northern District of Georgia’s U.S. Attorney’s Office stated in a press release.

Additionally, they were accused of attempting to defraud the IRS after not filing taxes from 2013 to 2016. Their accountant, Peter Tarantino, was convicted of filing false corporate tax returns on behalf of Julie’s corporate bank account, which was formed to hide funds from the IRS. At the same time as the Chrisleys, Tarantino was sentenced to three years in prison and three years of supervised release.

Following their guilty verdict, they were released on their existing bond and were ordered to participate in a home detention program while they awaited sentencing.

Where Are Todd and Julie Chrisley Now and What Does This Mean For Their Family?

After being hit with their lengthy prison sentences, Todd and Julie Chrisley are still claiming their innocence in the scandal, and according to their lawyer Alex Little, of Burr & Forman LLP, they plan to fight the ruling.

“Todd and Julie are people of faith, and that faith gives them strength as they appeal their convictions,” the lawyer said in a statement to CNN, claiming the trial “was marred by serious and repeated errors” and that “we are optimistic about the road ahead.”

Despite their plans to appeal the judge’s decision, they are expected to report to prison on Jan. 1, 2023, according to The New York Times.

In her parents’ absence, daughter Savannah may be getting custody of the two Chrisley minors, Grayson, 16, and granddaughter Chloe, 10, she said on her “Unlocked” podcast hours before the sentences were announced.

The children are reportedly struggling with the verdict, with Greyson “handling this the worst,” a source told The U.S. Sun. Just days before the sentence was announced, Greyson was involved in a car crash and was hospitalized for his injuries, but has since returned home.

As for the fate of the family’s TV show, Deadline reports that the show was canceled after nine seasons and two guilty verdicts, in addition to their spin-off series “Growing Up Chrisley,” however, NBCUniversal has yet to officially confirm the news.

What Is Todd and Julie Chrisley’s Net Worth?

While the Chrisleys will be required to pay restitution, which will be determined at a later date, their reported net worths are only a fraction of the millions they owe.

Denial of responsibility! TechiLive.in is an automatic aggregator around the global media. All the content are available free on Internet. We have just arranged it in one platform for educational purpose only. In each content, the hyperlink to the primary source is specified. All trademarks belong to their rightful owners, all materials to their authors. If you are the owner of the content and do not want us to publish your materials on our website, please contact us by email – [email protected]. The content will be deleted within 24 hours.
business newsBusiness updateCelebrity EntrepreneursChrisleysExplainedFraudjailJulie
Share

The Best Switch Controller Is Discounted For Black Friday

Murder, fraud and sex tapes: Why Hulu and other streamers are cashing in on true crime

Oscar-nominated filmmaker Kartiki Gonsalves on the making of…